It's Time to Outlaw Marriage Before Age 18, With No Exceptions

Pennsylvania and Minnesota banned child marriage in May. UNICEF USA won't stop until this human rights violation is illegal in all 50 states. 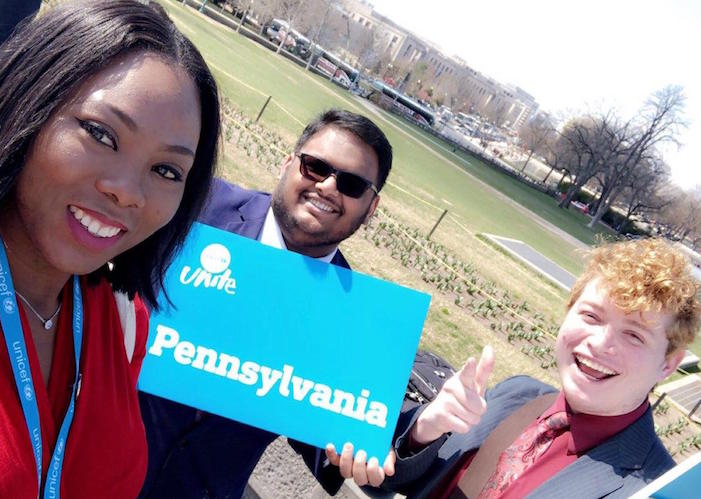 Worldwide, 650 million women and girls alive today were married before their 18th birthday. Child marriage harms children, leaving devastating, often permanent, impacts on their health, education and happiness. Child marriage often leads to forfeited education, mental illness, social isolation and serious health risks. Because early marriage is usually tied to early pregnancy, girls married at a young age also face serious maternal health risks. According to the World Health Organization, complications during pregnancy and childbirth are the leading cause of death for 15 to 19-year-old girls globally. Childhood pregnancy also leads to stunting for both mother and baby, which is often irreversible.

Worldwide, 600M+ young women and girls have married before their 18th birthday — but only 2 U.S. states have banned child marriage. @GovernorTomWolf, you can make PA the 3rd.

On behalf of our local supporters, we urge you to sign HB360 into law and #EndChildMarriage in PA. pic.twitter.com/ia1ExgSptx

In most states, statutory rape laws don't apply to children who are married, regardless of their spouse's age. Thirteen states do not set a minimum age for marriages by statute and six states expressly permit pregnancy to lower the minimum marriage age. Once they're married, children do not have the legal capacity to get divorced. In the state of Pennsylvania, minors cannot enter into a contract with an attorney. Furthermore, child brides typically don't have the financial capacity to retain an attorney. They may not have familiy support in opposing the marriage, and they may not have the courage to tell a judge that their family is forcing them to get married. Even if they do summon the courage to tell a judge that they're being coerced into marriage, few minors are capable of supporting themselves without the aid of family.

Before the passage of PA House Bill 360, it was legal for 16- and 17-year-olds to get married with the approval of a parent or guardian, and it was legal for children under age 16 to marry with parental consent and a judge's approval. Pennsylvania kept records of the total number of children married, but those records were nearly impossible for the general public to access. As of 2014, an estimated 2,323 children between the ages of 15 and 17 living in Pennsylvania had already been married, some of whom were in relationships with shocking age differences. This data does not address just how many of the individuals married before age 18 are still legally married, or how many sued for divorce after they turned 18.

The Pennsylvania Health Department keeps records of total marriages and divorces/annulments in the state, and even provided public records of the ages of those married. Unfortunately, those records lump child marriages in a category labeled "Under 20," instead of classifying child marriages as what they really are: a human rights violation. According to the Pennsylvania Department of Health, 2,044 individuals under the age of 20 were married in 2017. We have no idea just how many of them were under the age of 18.

UNICEF's focus on child rights and well-being doesn't stop at the U.S. border

To shield children from abuse and protect their futures, every single U.S. state must take immediate steps to ban child marriage. For readers outside of Pennsylvania, New Jersey, Delaware and Minnesota: please take the time to use UNICEF USA's online activation to automatically generate an email or tweet to your state legislators telling them to protect children from this human rights abuse now. If you live in one of the four states that has already banned child marriage, you'll be able to send a message of thanks to your lawmakers for passing child legislation in your state.

To join UNICEF UNITE and connect with fellow UNICEF supporters in your community, sign up at unicefunite.org.

Child marriage is a violation of human rights and comes at a cost that we as a society cannot afford. Let's end it now.