It's Not Over: 3 Stories of How El Niño Still Impacts Children

El Niño has ended, but its devastating impact on children is worsening as hunger, malnutrition and disease continue to increase.

The 2015-2016 El Niño has finally run its course, but its devastating impact, particularly on children, is far from over. The term El Niño refers to large-scale weather change - drier-than-average conditions in some areas with wet conditions in others, intensified heat) linked to a warming in sea surface temperatures in the Pacific Ocean. This latest El Niño was massive and its continuing effects are profound.

In South and Central America, and particularly Brazil, El Niño has created favorable breeding conditions for the mosquito that can transmit Zika, dengue, yellow fever and chikungunya. In Southern and Eastern Africa – the worst-hit areas – 26.5 million children require food, water, health care or other support, including more than one million who need treatment for severe acute malnutrition (SAM) this year.

Watch: Dust and Drought in Somaliland

Children in the worst-affected areas are going hungry now. And their futures are at risk as the extreme weather has disrupted schooling, increased disease and malnutrition, and robbed families of their livelihoods. Estimates indicate that it will take approximately two years for communities to recover from El Niño's effects. The situation is further complicated by the likelihood of the impact of La Niña, which normally follows El Niño. The combined effects of El Niño and La Niña will be felt among children in the region for years to come. 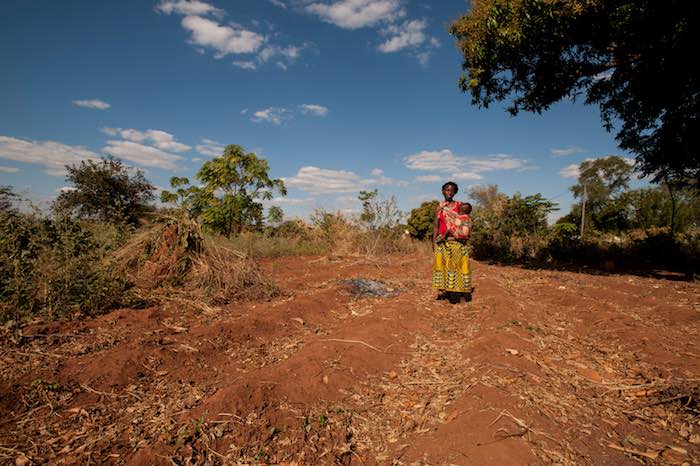 Alinafe is a single mother who supports two daughters and two sons. She now lives with her children in a shelter they made from the husks of the maize plant in Balaka District, Malawi. The mud brick house her family once lived in was destroyed by bad weather.  Due to drought, the field that once gave her a small regular harvest now lies dry, barren and useless.

Malawi's continuing drought has made Alinafe's situation desperate. They simply don't have enough food. She supplements the diet of her 2-year-old daughter Desire with ready-to-use therapeutic food (RUTF), an energy-packed paste made from peanuts, oil, sugar, milk powder, vitamin and mineral supplements. The RUTF is supplied to the Balaka district hospital by UNICEF. 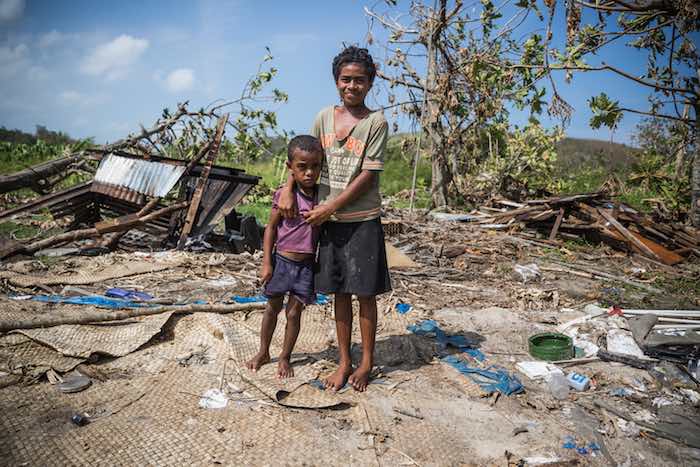 Adi, 13, and her 4-year-old brother Waisake in Yaqeta village, Fiji, had to move from shelter to shelter on the night Cyclone Winston hit until they found a place to stay safe. Adi says: "I was with my family... then I saw our house starting to collapse. I grabbed my brother Waisake and we ran. I was so scared. We ran from house to house three times. Now I am heartbroken to see the house where I was born and raised in pieces." The Category 5 tropical cyclone, which struck on February 20, 2016, was the strongest ever to make landfall in Fiji. In Ethiopia, because of one of the worst droughts in decades, Marianna and her family have lost everything. "We haven’t harvested any crops for over two years — nothing. While we wait for the rain to return, we’ve had to lease out some of our land." Land leasing has its downsides. Even if the rains return, the family has given up part of their land, and therefore some of their profits. “We are living hand-to-mouth.”

Two years ago, says Marianna, she was able to feed her children. “We had enough grain to sell, as well as eat." But after Tamina was born, they harvested less and less. Tamina started losing weight, completely lost her appetite and became very sick. She was admitted to the local health center and diagnosed with severe acute malnutrition. Eventually, she grew stronger with the special milk from the UNICEF-supported health center.

Learn more in UNICEF's report, "It's not over: El Niño's impact on children." [PDF]