For children growing up amid extreme poverty or in refugee camps, toys don't come from the toy store. They come from the imagination. Discarded plastic water bottles become a fleet of race cars with bottlecap wheels. A piece of wood and some string is a musical instrument waiting to happen.

In early childhood, children's brains can form 1,000 neural connections per second, the building blocks of every child's future. Creative play encourages brain development by giving kids a chance to express their innate ingenuity, to try out new ideas and problem-solving skills. That's why UNICEF procured Early Childhood Development kits containing learning materials and art supplies for 104 countries between 2009 and 2018, stimulating the minds and imaginations of more than 7 million children.

It's that feeling of possibility that gives people hope. Kids who use their imaginations when they're small can later put those skills to work transforming their communities. Below, children around the world share some of their creations, inspiration for other young inventors and changemakers. 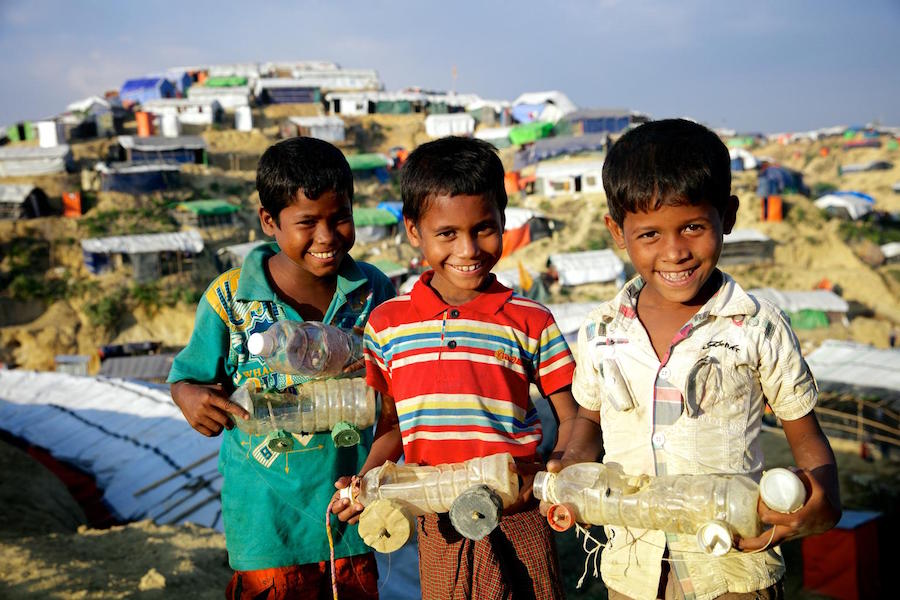 Five-year-old Anu (right), 8-year-old Mohammad (center) and a friend proudly hold toy cars they made from discarded materials found around the makeshift Rohingya refugee settlement where they live, in the Ukhia subdistrict of Cox’s Bazar, Bangladesh. The boys were three of an estimated 655,000 Rohingya refugees who, fleeing escalating violence in Rahkine State, Myanmar, crossed into Bangladesh in 2017. © UNICEF/UN0161866/Sujan 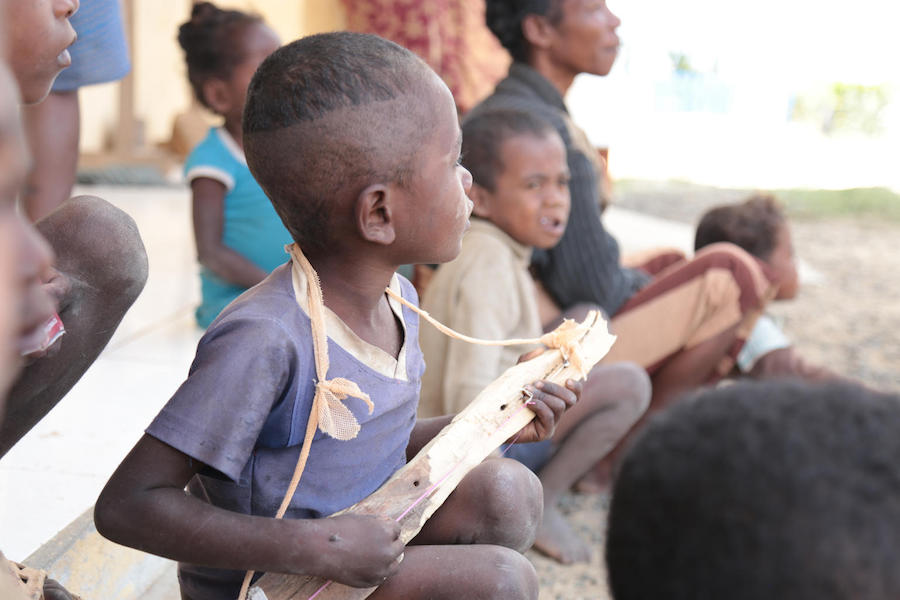 Bolo created his own toy, a musical instrument, while waiting for his turn at the UNICEF-supported health center in Tsiombe, Madagascar. © UNICEF/UN0279359/Andrinivo 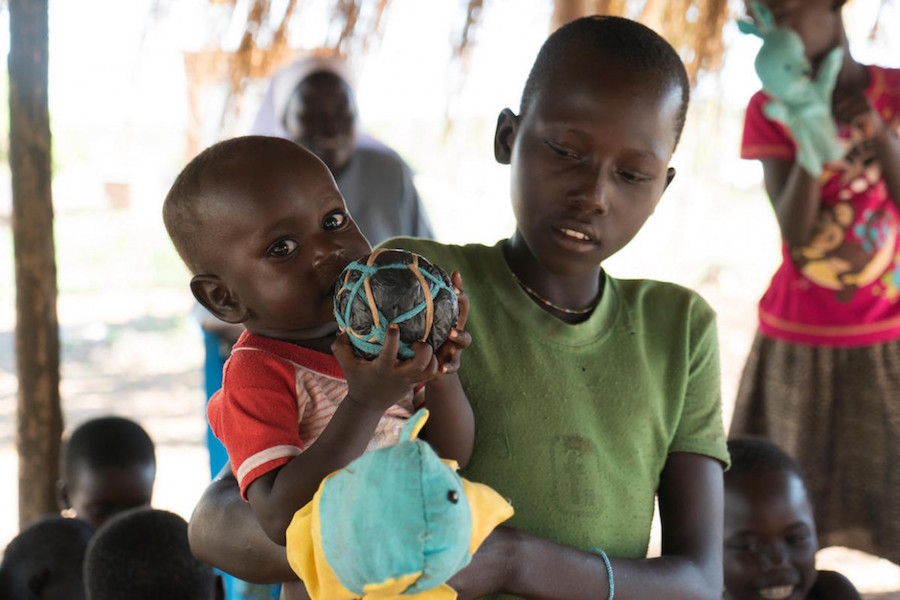 Carried by her older sister, a baby plays with a homemade ball in Bidi Bidi resettlement camp in northwest Uganda's West Nile Region. Bidi Bidi is home to hundreds of thousands of South Sudanese children and families forced from their homes by violence. © UNICEF/UN0220171/Sibiloni 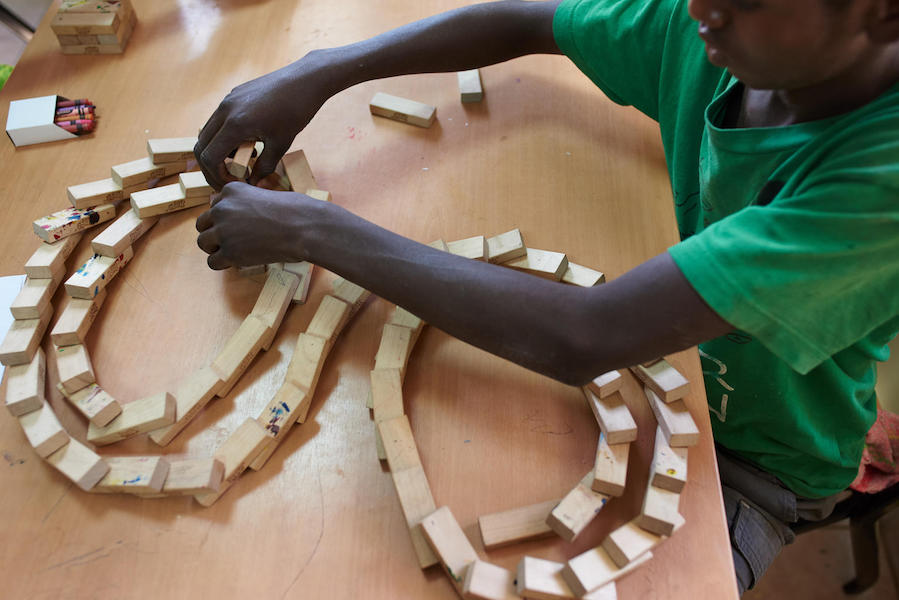 Abdellah, 15, makes crafts from recyclable materials in an arts & crafts room at the UNICEF-supported Caritas Center for Children in the city of Djibouti. Abdellah left his home in Dire Dawa, in eastern Ethiopia, for Djibouti in hopes of finding work. He said he heard it was a paradise, a place where he could find toys and clothes and a better life. Instead, he ended up living on the street, begging for food. © UNICEF/UN0199620/Nooran 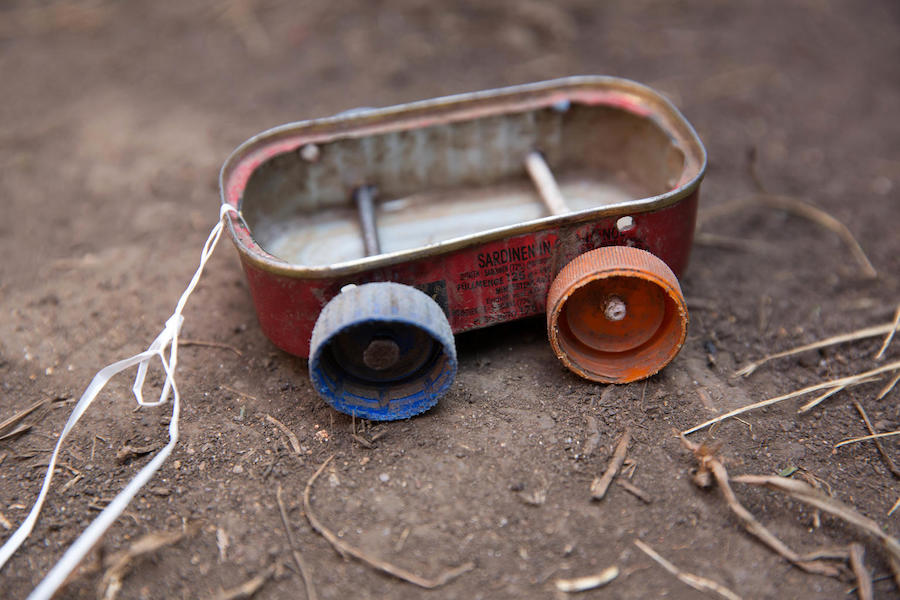 A homemade car, photographed at a camp for displaced people in Bunia, Democratic Republic of the Congo. © UNICEF/UN0270756/Oatway 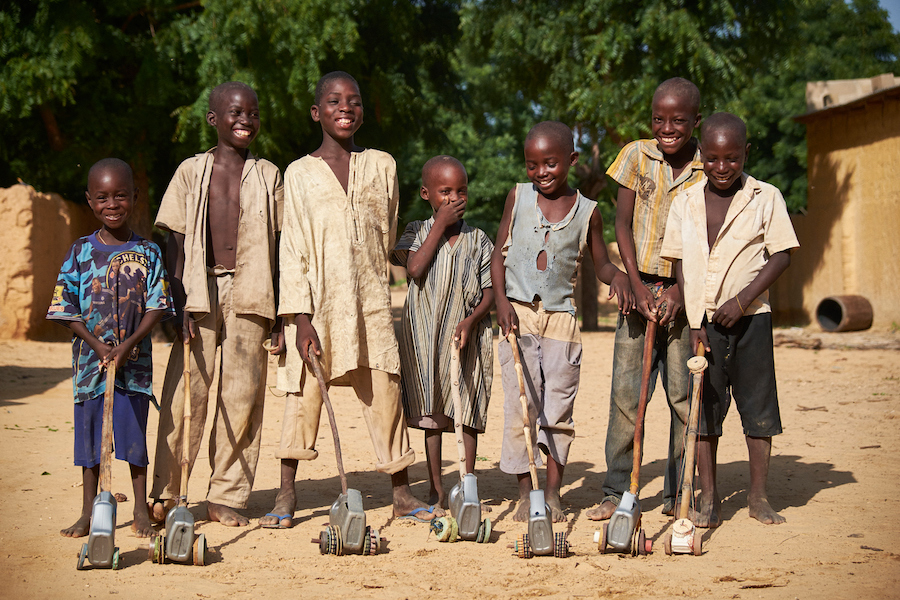 A group of boys stand with homemade toys in the village of Kadazaki, in Matameye department, Niger. © UNICEF/UN029174/Phelps 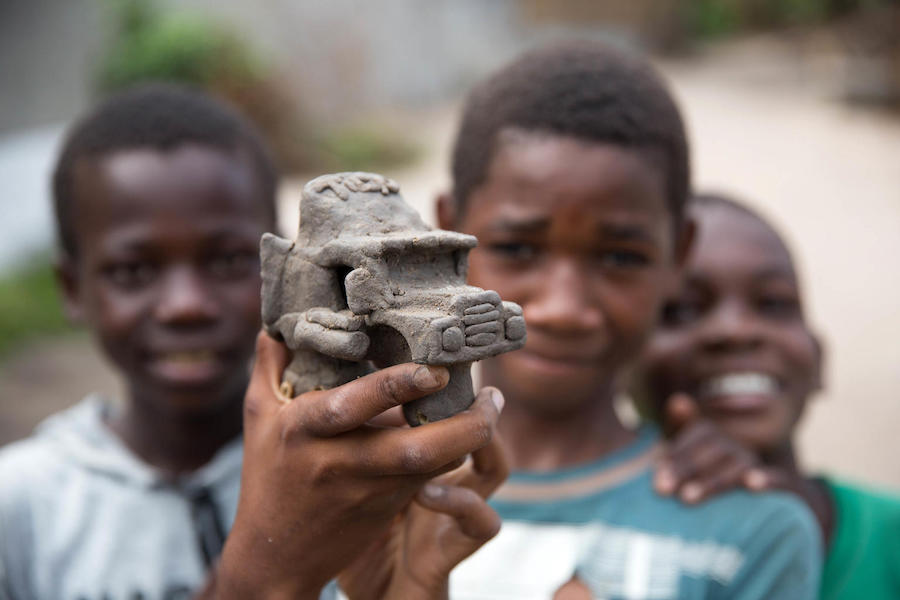 A boy who was sheltering at a school after being displaced by Cyclone Idai in Beira, Mozambique, presents a truck he made out of clay. © UNICEF/UN0320732/Oatway 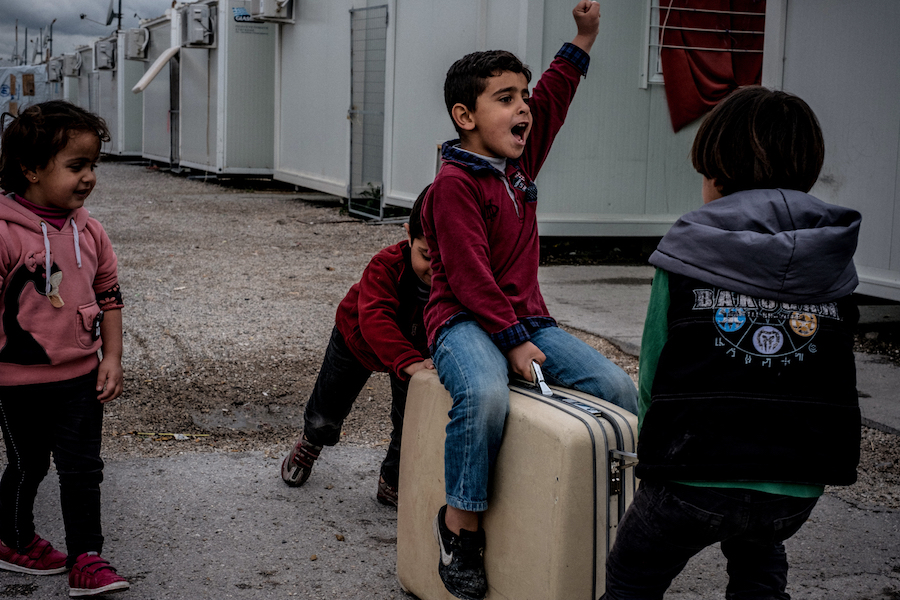 Seven-year old Louay rides a suitcase that he and his 6-year-old friends Manena, Wael and Ayman (left to right) found in the garbage at the Skaramagas refugee camp in northern Athens, Greece. © UNICEF/UN057920/Gilbertson VII Photo

Imaginative play is the work of childhood. UNICEF works in more than 190 countries to ensure that children have the services and protection they need to survive and thrive, no matter what circumstances they were born into, so they can grow up to pursue their dreams. Your generous contribution will support UNICEF's lifesaving work around the world.

Top photo: Children play in the annex of Al-Hol camp in northeast Syria, where, as of February 2020, more than 7,100 children from around 60 countries were sheltered. © UNICEF/UNI310449/Romenzi