As Bill Gates, Co-Chair of the Bill and Melinda Gates Foundation, explains: “Vaccines are a miracle. We have a shared responsibility to ensure that all children, no matter where they live, have a shot at life.”

Since it was founded in 2011, the UNICEF USA Bridge Fund — an innovative social impact investing tool at UNICEF USA that bridges the timing gap between urgent UNICEF interventions for children in need and the arrival of scheduled donations and pledges — has made vaccination one of its major priorities. In fact, to date, the Bridge Fund has accelerated $189.7 million to support UNICEF’s global immunization work. The Bridge Fund's support for immunization continued during Fiscal Year 2018. During the third quarter, we accelerated $13.8 million for immunization, with a fiscal-year-to-date total of $26 million.

Much of the Bridge Fund’s vaccine activity has involved the fight against polio, but we have also accelerated funding for UNICEF’s vaccination campaigns against other deadly diseases, including rotavirus (eight percent of preventable child-deaths) and pneumonia (16 percent of preventable child deaths). Together, each year, these two infectious agents now kill more children under age five around the world than any other vaccine-preventable causes. They also threaten sustainable development for the world’s poorest nations.

Vaccines are a miracle. We have a shared responsibility to ensure that all children, no matter where they live, have a shot at life. #VaccinesWork pic.twitter.com/3GIQIFSxuh

Saving children’s lives and ensuring their futures helps explain why UNICEF and the Bridge Fund have prioritized vaccination. As Bill Gates noted during World Immunization Week 2018 in April: “Vaccines are a miracle. We have a shared responsibility to ensure that all children, no matter where they live, have a shot at life.” But a lot lies behind the vaccine “miracle” Gates refers to.

First, vaccines are one of the most medically efficacious interventions there are. Currently, immunization averts an estimated 2 million to 3 million deaths every year. Global initiatives to eradicate polio and MNT played a big role in that improved statistic. Since 1988, vaccination has slashed polio cases by more than 99 percent, with just 22 cases worldwide at the end of 2017. Similarly, MNT is now endemic in only 15 countries. After it was introduced in 2006, the vaccine for rotavirus (the leading cause of diarrhea-associated hospitalization and death in children under age five) has helped reduce hospitalizations by 90% in both industrialized and developing countries.

As a result, UNICEF and its partners continue to put vaccines at the core of their child survival strategy, immunizing nearly half of the world’s children in 2016. Mass immunization also plays a big part in making significant progress for children on Sustainable Development Goal (SDG) 3 (health and well-being) and related SDG 3 targets involving universal immunization and the development of affordable vaccines for low- and middle-income countries.

Vaccines’ economic benefits mean they are one of the most cost-effective medical interventions, too. For instance, global polio eradication efforts have saved an estimated $27 billion in health costs since 1988. A 2016 study by Johns Hopkins University found that for every $1 spent on vaccines, $44 is saved, including medical treatment costs, productivity losses and the broader economic impact of illness. Two months ago, a new study sponsored by the Bill and Melinda Gates Foundation suggested that vaccination helps keep children out of poverty and increases healthcare equity, providing the poorest families with the greatest medical benefit.

Moreover, according to the U.S. Centers for Disease Control, vaccines make us safer because they help preserve antibiotic effectiveness. Many diseases — like pneumonia, a major child killer — are developing antibiotic resistance. However, by stopping infections in their tracks, vaccines help reduce antibiotic use, diminishing microbial resistance. Resistant infections are also expensive to treat, placing severe economic burdens on families and health systems.  The CDC estimates, for instance, that antibiotic-resistant pneumonia infections in the United States add $96 million to healthcare costs each year.

While hospitalization costs are lower in the developing world, the impact of antibiotic resistance on child health and mortality is much greater, given the lack of access to care, particularly for the most marginalized children, including those living in extreme poverty and child refugees and migrants fleeing from protracted civil conflict and war.

However, despite the demonstrated impact of vaccines — and the tremendous progress UNICEF and its partners have made — vaccination coverage for the world’s children has stalled at about 86 percent. Every day, 15,000 children under the age of five still die around the world, many from vaccine-preventable diseases. Even worse, 46 percent of them — or 7,000 babies — die in the first 28 days of life. Lack of funding, particularly for immunization, is the major culprit. That’s why the UNICEF USA Bridge Fund, with the support of our investors and donors, will continue to be a significant partner with UNICEF as it seeks to meet SDG 3 by 2030 and end vaccine-preventable child deaths.

How You Can Learn More and Take Action 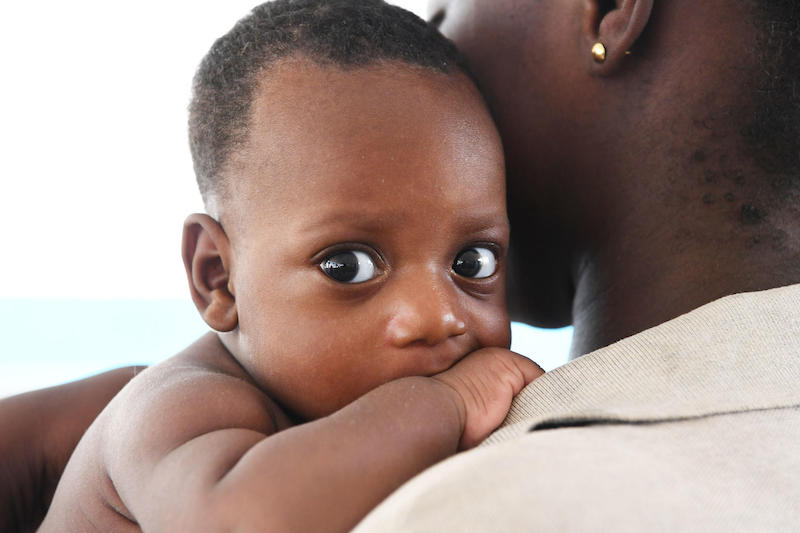 In Côte d’Ivoire, where this baby lives, 3-in-5 children don't receive basic vaccinations. UNICEF is supplying, stocking and distributing vaccines and training health workers to ensure every child is immunized against deadly yet preventable diseases. ©UNICEF/UN0207970/DEJONGH

Are you, or the organization you work for, social impact investors?

Or, are you a donor who cares about making systemic, sustainable progress for children around the world?

Top Photo: During one of the world’s largest mass immunization campaigns, spearheaded by UNICEF and partners, students in India show their proof of measles/rubella vaccination. ©UNICEF/UN0200148/Boro