When the Hurricanes Hit, UNICEF and Google Joined Forces to Help

In emergencies, UNICEF and Google work together to provide assistance where it's needed most.

In this unusually active hurricane season, three storms — Irma, Maria and Harvey — caused extensive damage and put the lives of thousands of children in danger. After all three disasters, Google was there, supporting UNICEF and other partners providing relief on the ground.

Google.org, Google employees and the public have collectively donated $8 million for relief efforts in the areas affected by Hurricanes Harvey, Irma and Maria. On Sept. 12, 2017, Google launched a matching campaign to support relief and recovery efforts for Hurricane Irma. In less than 24 hours, Google raised $2 million to support the work of UNICEF and other relief organizations working in the region. After Hurricane Maria struck, Google.org and Google employees launched an internal gift matching campaign, this time raising $1.5M donated to UNICEF and other relief agencies. 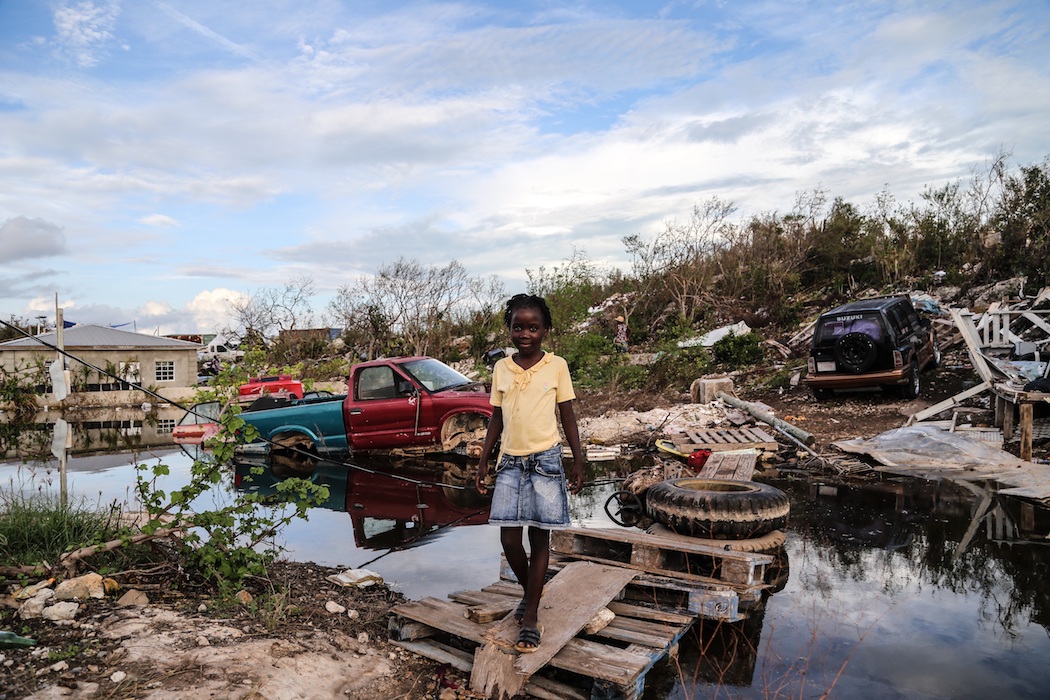 Anastasia, 7, crosses an improvised wooden bridge she built after Hurricane Irma caused severe damaged in the Five Cays' settlement of Providenciales, in the Turks and Caicos Islands. © UNICEF/UN0122368/Moreno Gonzalez

In times of crisis, access to timely, useful information is crucial. Technology plays a vital role in providing information to help keep people safe, connected and informed. In addition to giving funds, Google introduced SOS alerts to affected communities, which is a new set of features in Google Search and Maps that provides individuals timely emergency information during a disaster.

Depending on how close individuals are to the affected area, they may also get a notification on their mobile device that directs to maps, top stories and —when available — authoritative local information such as emergency phone numbers, websites and translations of useful phrases. Those outside of the region can also find the latest news and information, as well as an easy way to donate to relief efforts, directly through Search and Maps. 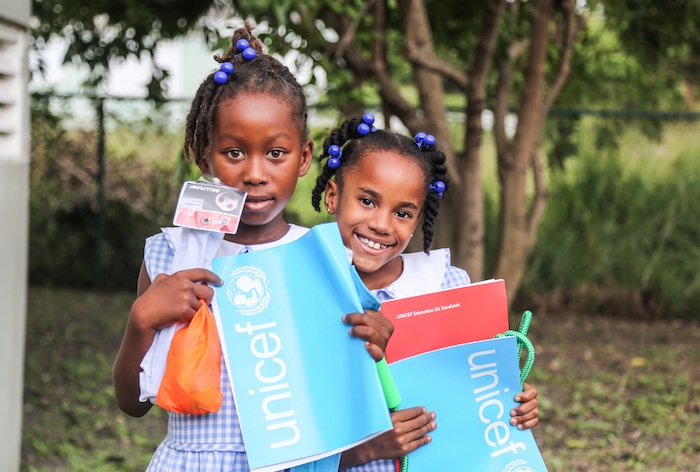 On 13 September, two girls show the educational and recreational supplies they received during a UNICEF distribution, at the National Technical Training Centre in St. John’s, capital of the island of Antigua. © UNICEF/UN0121377/Moreno Gonzalez

For 70 years, UNICEF has addressed the most urgent needs of children and their families, ensuring that those who are hardest to reach and those who are most marginalized receive assistance and an opportunity to rebuild. UNICEF's emergency warehouse in Copenhagen has supplies such as drinking water, nonperishable food, medicines and emergency kits packed, and can ship them to anywhere in the world in 48 to 72 hours. In fact, in 2016 alone, UNICEF responded to 344 humanitarian emergencies-from conflicts to natural disasters-in 108 countries.

Find out how you can contribute to UNICEF’s hurricane relief efforts by visiting www.unicefusa.org/relief.