Join UNICEF in urging Congress to protect children and families by passing legislation that will allow Dreamers and those with TPS status to remain in the United States.

On November 12, the Supreme Court will hear arguments on the legality of the Administration's order to terminate the Deferred Action for Childhood Arrivals program (DACA) in 2017. A decision is expected no later than June 2020.

UNICEF supports the rights of DACA and TPS recipients to live and work in the United States.

Since 2012, DACA has provided a measure of hope and stability for thousands of young people who are in the United States as a result of choices made by their parents. DACA has allowed nearly 800,000 young people who grew up in this country but were born elsewhere — commonly known as Dreamers — the opportunity to work and study here without the threat of deportation.

They are your classmates, your neighbors and your coworkers. They are high school and college students, parents of young children, homeowners, teachers and taxpaying workers.

Since 2012, the Deferred Action for Childhood Arrivals program (DACA) has provided a measure of hope and stability for thousands of young people who are in the U.S. as a result of choices made by their parents

Similarly, the U.S. currently provides Temporary Protected Status (TPS) for over 300,000 foreign nationals. TPS is granted when a foreign-born individual is unable to safely return home due to certain conditions or circumstances, including natural disasters or civil conflicts. TPS holders are legal immigrants, but their status does not enable them to apply for a green card.

Many TPS holders, such as those from El Salvador and Honduras, have lived in the U.S. for over two decades.The risk of deportation remains eminent, however, as the Secretary of Homeland Security has the power to terminate TPS, separating families and sending people to unsafe communities without support.

For the vast majority of migrants, leaving everything behind and starting over in a place where they are disadvantaged and often unwelcome is a heart-wrenching decision

Migrants have many reasons for fleeing their homes: extreme poverty, gang warfare, persecution, a crippling lack of opportunity. For the vast majority, leaving everything behind and starting over in a place where they are disadvantaged and often unwelcome is a heart-wrenching decision. They do it because they feel they have no choice. They do it to give their children a better future.

When children and families are sent back to their countries of origin without adequate protection, their lives and futures are threatened. To make matters worse, when parents lose their TPS status and are forced to leave, their U.S.-born children stay behind. UNICEF believes families belong together.

If DACA and TPS are terminated, hundreds of thousands of families will be separated. That is unacceptable.

"DACA was a life-changer. We no longer live in the shadows," says DACA recipient Cesar Octavio Espinosa, 33, who works for Houston immigrants rights nonprofit FIEL. Born in Mexico City, Espinosa was just 6 years old when he and his parents moved to Texas. "Our entire lives, we were always looking over our shoulders to see if police were behind us, always living in fear. It was amazing to be granted some sort of status, to be able to have things that most people take for granted, like the ability to have a driver's license, the ability to apply for a job without lying or being questioned." 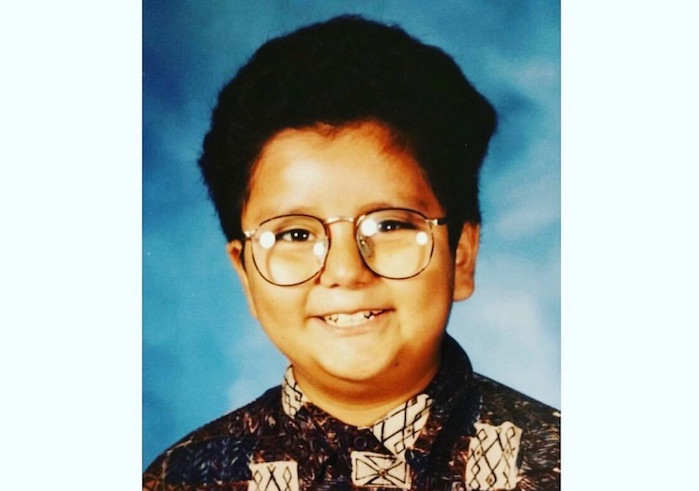 Show your support for the hundreds of thousands of Dreamers whose bright futures have been put at risk. Send an email to your Members of Congress urging them to pass legislation that will allow DACA and TPS recipients to remain in the country.

Top photo: DACA recipient and high school valedictorian Mayte Lara Ibarra (in white, with friends) grew up in Texas. She left Mexico for the U.S. when she was 3 years old. © Mayte Lara Ibarra