UNICEF Is Fighting Coronavirus with Supplies and Information | UNICEF USA

UNICEF Is Fighting Coronavirus with Supplies and Information

UNICEF is rushing protective gear to health workers on the front lines and delivering important prevention messages parents can trust.

As the number of confirmed cases of COVID-19 rises, with evidence of sustained transmission on six continents, fears are mounting around the world. The World Health Organization designated the disease a global pandemic on March 12. The United Kingdom is the latest to join the growing list of nations on lockdown, and school closures have interrupted the educations of more than 1.25 billion students. UNICEF is playing an important role in response efforts, contributing vitally needed supplies to some of the hardest hit regions, education and child protection guidance to governments and organizations, and messaging to keep children and families safe across the globe.

By the time WHO declared the coronavirus outbreak a global health emergency on January 30, UNICEF had already rushed the first shipment of 6 metric tons of medical supplies to aid response efforts. As of March 13, UNICEF has delivered 1.2 million gloves, nearly 300,000 masks, over 38,000 protective suits and more than 45,000 protective goggles for distribution to health care workers in East Asia and the Pacific. In all, UNICEF plans to deliver US$12.2 million in supplies to support the response in the region.

Along with WHO, UNICEF is using social media to fight misinformation, spreading facts not fear

Along with WHO, UNICEF is working with Facebook to get accurate information about COVID-19 out around the globe and fight misinformation. UNICEF is leading on preventative actions in communities across the affected countries with risk communication, providing hygiene and medical kits to schools and health clinics and monitoring the impact of the outbreak to support continuity of care, education and social services.

UNICEF has launched nationwide handwashing campaigns on television and social media, and in schools and public facilities. UNICEF has reached more than 80 million people with transmission prevention messages — and plans to reach an additional 210 million people in the coming days. 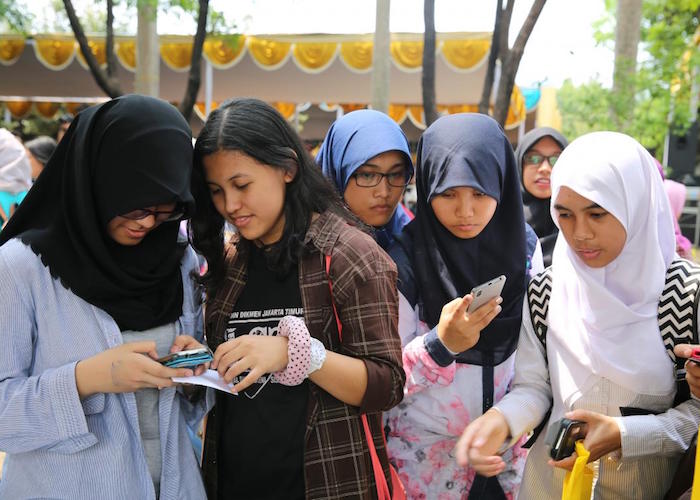 UNICEF teamed up with the government in Indonesia to create a U-Report poll to test young people's knowledge of the novel coronavirus, and to teach them about symptoms, transmission and prevention. © U-Report Indonesia

In Indonesia, where the nation's first case of COVID-19 was reported on March 2, UNICEF teamed up with the government to conduct a poll via U-Report, a digital youth engagement tool with more than 68 million users worldwide, to test young people's knowledge of coronavirus.

The poll generated 6,800 responses in three days and helped to identify what young people know and don't know about symptoms, transmission and prevention. Of those polled, 63 percent of males and 70 percent of females understood the symptoms, but less than a quarter knew the virus could be transmitted through drops spread by coughing or sneezing. Up-to-date messages on how to stay safe were shared with all 108,000 U-Reporters across the country.

On March 1, United Nations Humanitarian Chief Mark Lowcock released $15 million from the Central Emergency Response Fund to help fund global efforts to contain the virus. "At this pivotal moment, every effort must be made to push back against the outbreak," said UNICEF Executive Director Henrietta Fore. "These crucial funds will support our global efforts to bolster weaker health systems and inform children, pregnant women and families about how to protect themselves."

Your gift will support UNICEF's critical response to the coronavirus global health emergency.