UNICEF and partners are on the ground rapidly assessing the needs of children and families caught in the path of Tropical Storm Nalgae, which swept through the Philippines on Oct. 29, causing flooding and landslides. More than 100 people have died and at least 863,000 have been displaced across several regions. Over 3 million people live in the area affected by the storm.

Nalgae, called Tropical Storm Paeng locally, is the latest of over 20 storms that have hit the Philippines during the 2022 Pacific Typhoon season. 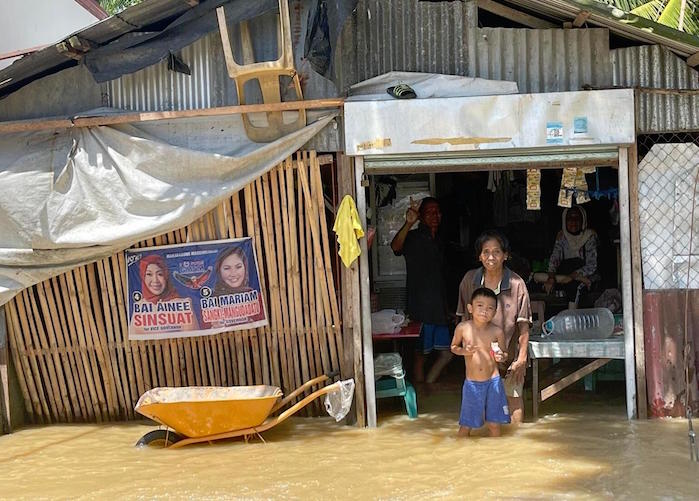 The vast storm system "made five landfalls in total and brought a huge rain band that stretched over the Philippines entirely and triggered huge flash floods and landslides, devastating communities," Niko Weiland, Chief of Communications for UNICEF Philippines told the BBC. "The residents, they were used to flooding in these areas — for example threats from tsunamis or something similar — but they were not prepared for the rush of water that came down from the mountains.”

UNICEF is deeply concerned for children and families at risk from the storm and has reaffirmed its readiness to provide support to a government-led response.

In the video below, UNICEF Education Officer Rosa May de Guzman Maitem reports on the situation in Barangay Kusiong, Datu Odin Sinsuat, Maguindanao province,  where massive landslides and flooding have swept away nearly 200 homes and displaced thousands of residents, including children.

“The rights of children are under threat with each typhoon that inundates their communities," UNICEF Representative Oyunsaikhan Dendevnorov said. "Children are the least responsible for extreme weather events, and yet they are the ones being displaced, in mental distress and cut off from schools and hospitals. Communities in the Philippines are simply not safe enough."

UNICEF responds to nearly 300 emergencies every year — many of them ongoing. Please donate to help UNICEF stay ever ready to help vulnerable children whenever and wherever they are in crisis.