Tales of Love and Hope on the Migration Trail | UNICEF USA

Tales of Love and Hope on the Migration Trail

What if you were suddenly forced to flee violence or poverty? What if you and your family had to make the enormously difficult decision to pack up your lives and leave by car, open-air truck or even on foot?

What would you take with you?

For millions of children and their families in northern Central America — El Salvador, Guatemala and Honduras — and Mexico, these aren’t hypothetical questions. They’re a reality, as are the gang-related violence, organized crime and extreme poverty that many have faced every day. We asked some of the families making these journeys what objects they had brought with them.

The items they carried were varied, but all were a reminder of one thing: Whether children are migrants or refugees, first and foremost a child is a child. 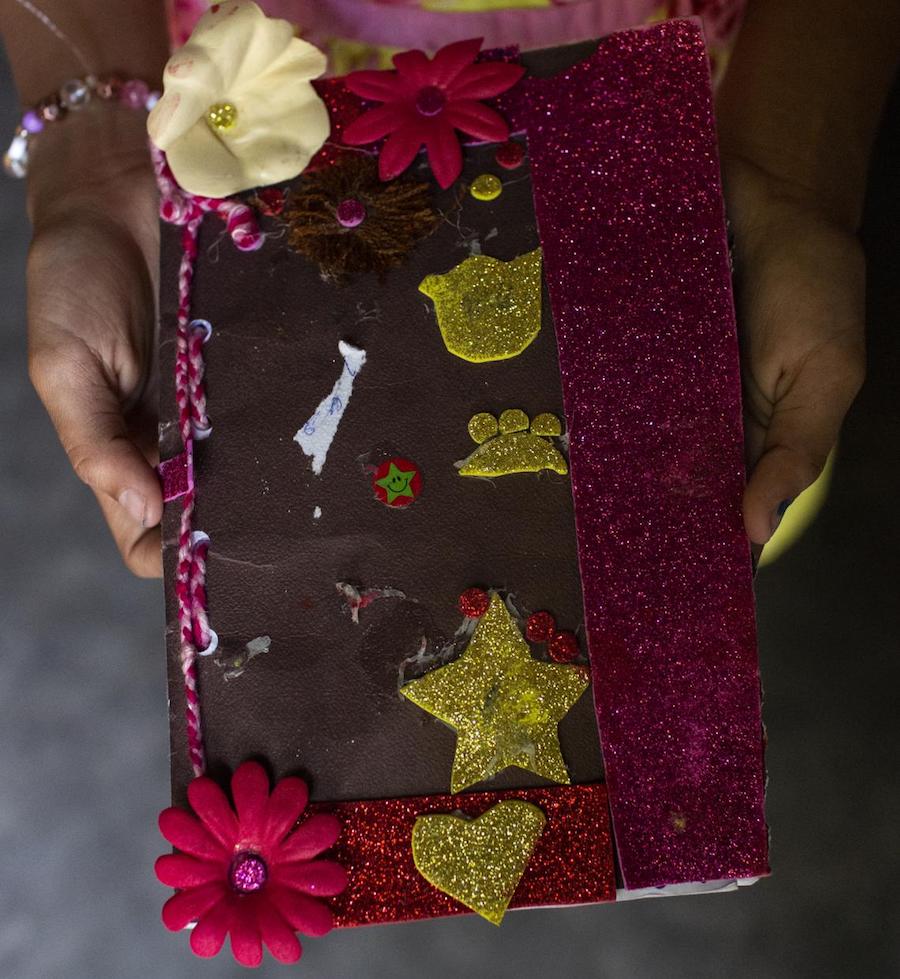 Jennifer*, 10, is traveling from Honduras with her three siblings. Her mother was killed by a gang two years ago, and her father stayed behind in Honduras. Now in Mexico, Jennifer treasures a diary she made by hand, filled with pictures she drew on her journey. Jennifer is one of the many children who have fled gang-related violence, organized crime, extortion, and poverty. 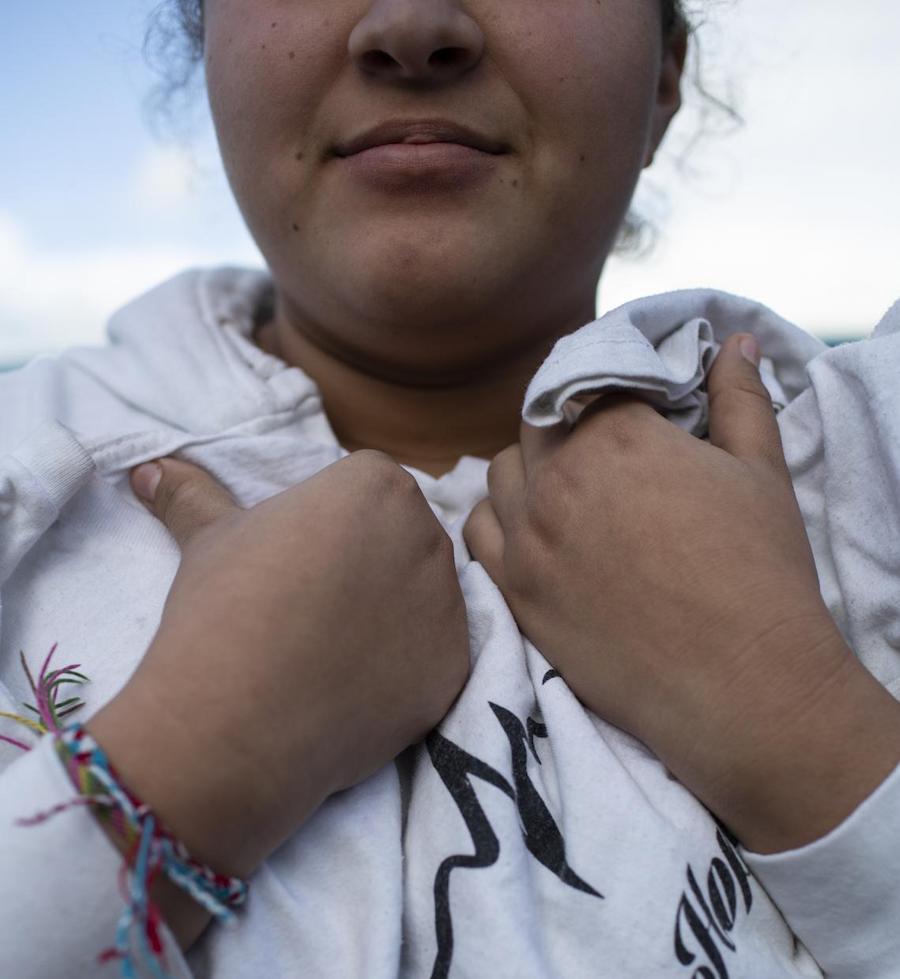 Kylie*, 15, from Mexico, brought her dance competition T-shirt because of the good memories associated with it. “I was walking to a dance competition with my friends and we fell in the mud, Kylie remembers. “The T-shirt still has mud on it, but it reminds me of my friends.”

Kylie says she wants to be a psychologist because her friends say she’s a good listener. In the meantime, Kylie – and many others like her – must navigate a long, uncertain journey during which they are at risk of exploitation, violence and abuse. 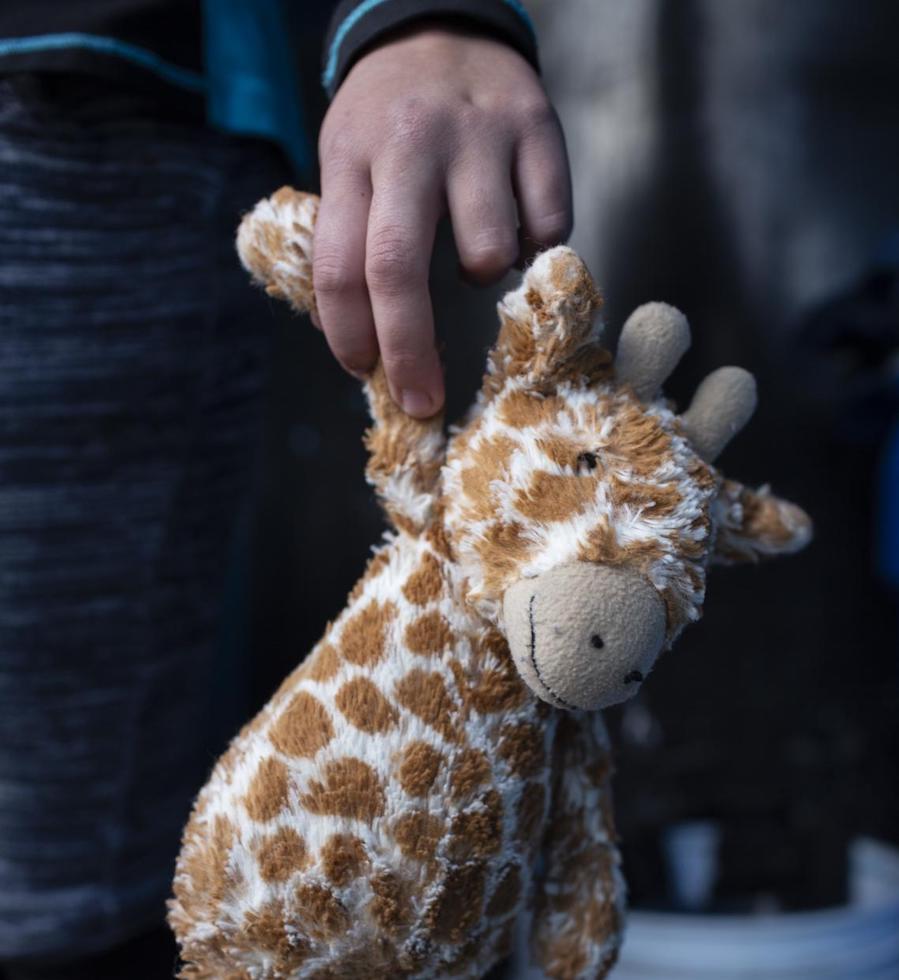 Maylin*, 15, came to Mexico with other migrants three months ago, fleeing problems at home in Honduras. “When I was with the caravan, it was difficult to have my period because there was no privacy,” she says, but adds that the girls would try to help each other find some privacy when they could.

She’s holding the stuffed toy giraffe she carried on her journey. “The walking was hard, but I met people from all over the place hoping for the same thing,” she says. “That was a very beautiful thing for me.” Sadly, many unaccompanied children and women are unprotected and often traveling alone, making them easy prey for traffickers, criminals, organized gangs, security forces and others who might abuse, exploit or even kill them. 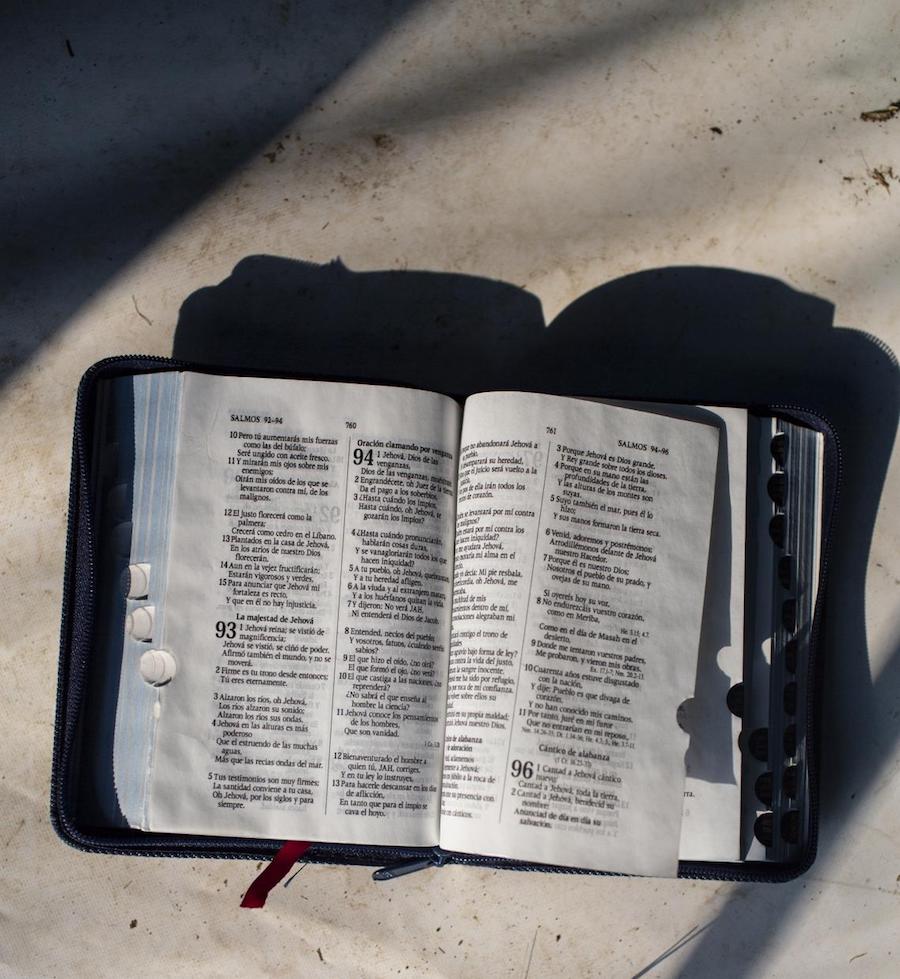 “I pray with my daughters every day. The bible has always given me great comfort during tough times,” says Mariza*, 38, in Tecun Uman, Guatemala. Mariza brought her bible with her on the journey from Honduras. It’s a similar journey to the one taken by many other families trying to escape desperate circumstances. Yet even if they manage to leave, they are often faced with a host of new problems. Some find themselves apprehended en route or upon reaching their destinations. Many are detained and then returned to the country from which they fled. 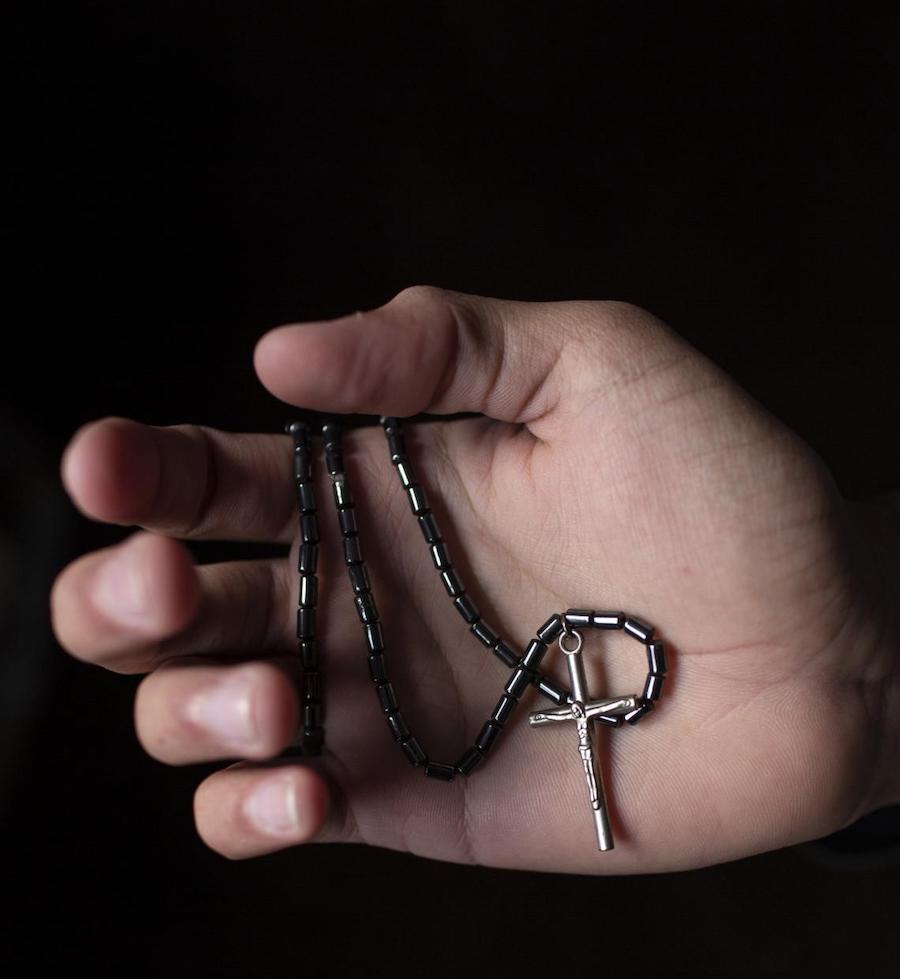 Ethan*, 17, holds the rosary his grandmother made for him for his journey with the  caravan. He’s in Tijuana now, at a shelter, having left behind threats of violence in El Salvador. “I had to leave to find safety, to find my freedom. I would rather end up in a detention center in America than go back to El Salvador,” he says.

The neighborhood where Ethan lived in El Salvador was operated by a different gang than the one his school was located in. The result? The gang would try to extort money from him when he tried to go to school. Eventually, he began receiving threats from both gangs. “I wish I could change places with people that are afraid of us, so they can see what my life is like,” he says. Agustin*, 17, holds up the necklace given to him by his mom for good luck before he joined other migrants traveling in Guatemala. “I haven’t taken it off since,” he says. “It makes me feel like she’s with me all the time.”

Agustin is like many other young people and their families — wrestling with the painful reality of leaving homes, communities and countries in search of safety and a more hopeful future. Their situations underscore a simple reality: It is essential to address the root causes of irregular and forced migration from northern Central America and Mexico, including poverty, gang violence and a lack of educational and economic opportunities.

Please support UNICEF's work to protect and assist migrant and refugee children every step of the way, and to address the root causes that drive people to flee their homes.

* All names have been changed to protect the privacy of individuals

Top photo: At a shelter for unaccompanied migrant adolescents in Tijuana, Mexico, a boy reacts to a letter of support he received from a Mexican teenager in February 2019. All photos © Tanya Bindra for UNICEF