The Gender Defender Carnival was a one-day event created by the seventh grade NYC Junior Ambassadors of Icahn Charter School 4 in the Bronx. Our students designed the carnival to promote gender equality and raise money for UNICEF's efforts to increase educational opportunities for girls and women around the world through fun, games, and prizes. Through the NYC Junior Ambassador program, my seventh grader students spent the year learning about the structure and function of the United Nations, as well as investigating the Sustainable Development Goals for 2030. I was fortunate to be one of the two teachers facilitating this program at Icahn Charter School 4.

On a misty March day, my students and I clambered onto a bus and rode from the Bronx down to the United Nation Headquarters. We enjoyed both a specially curated tour and a briefing from UNICEF USA's Hannah Gould. The topic she presented? Gender equality. The students took out their notebooks and sat up to listen while Ms. Gould led them in a discussion about the way gender inequality increased child marriage around the world: risking girls' and women's health, safety, autonomy, and lives. They learned about the way women around the globe are asked to do the bulk of domestic caretaking work in their families without pay, making them and their children more likely to experience hunger and extreme poverty. And they were asked to think deeply about the way that even casual language and attitudes in more privileged sectors of the globe can push women out of equal opportunities in legal, economic, and political settings.

After that briefing, the NYC Junior ambassadors of Icahn Charter School 4 voted to make SDG 5 — Gender equality — their topic of focus. They researched, presented, and discovered the connections between female education and improved gender equality and community outcomes. But my brilliant seventh graders wanted to do more than research: They wanted to find a way to even the odds.

As a cohort, they debated, discussed, collaborated, and problem-solved. They knew that they wanted to inform more people about the issue of gender inequality, and raise money for girl's and women's education in a way that was fun and would utilize all of their diverse talents. They came up with a solution: a nearly all-day event at the school, The Gender Defender Carnival.

Our group of NYC Junior Ambassadors worked for weeks to prepare. They created SMART goals, made flyers and invitations, ordered a DVD of He Named Me Malala to screen, coordinated with UNICEF USA to collect donations, and even designed games, prizes, and T-shirts. 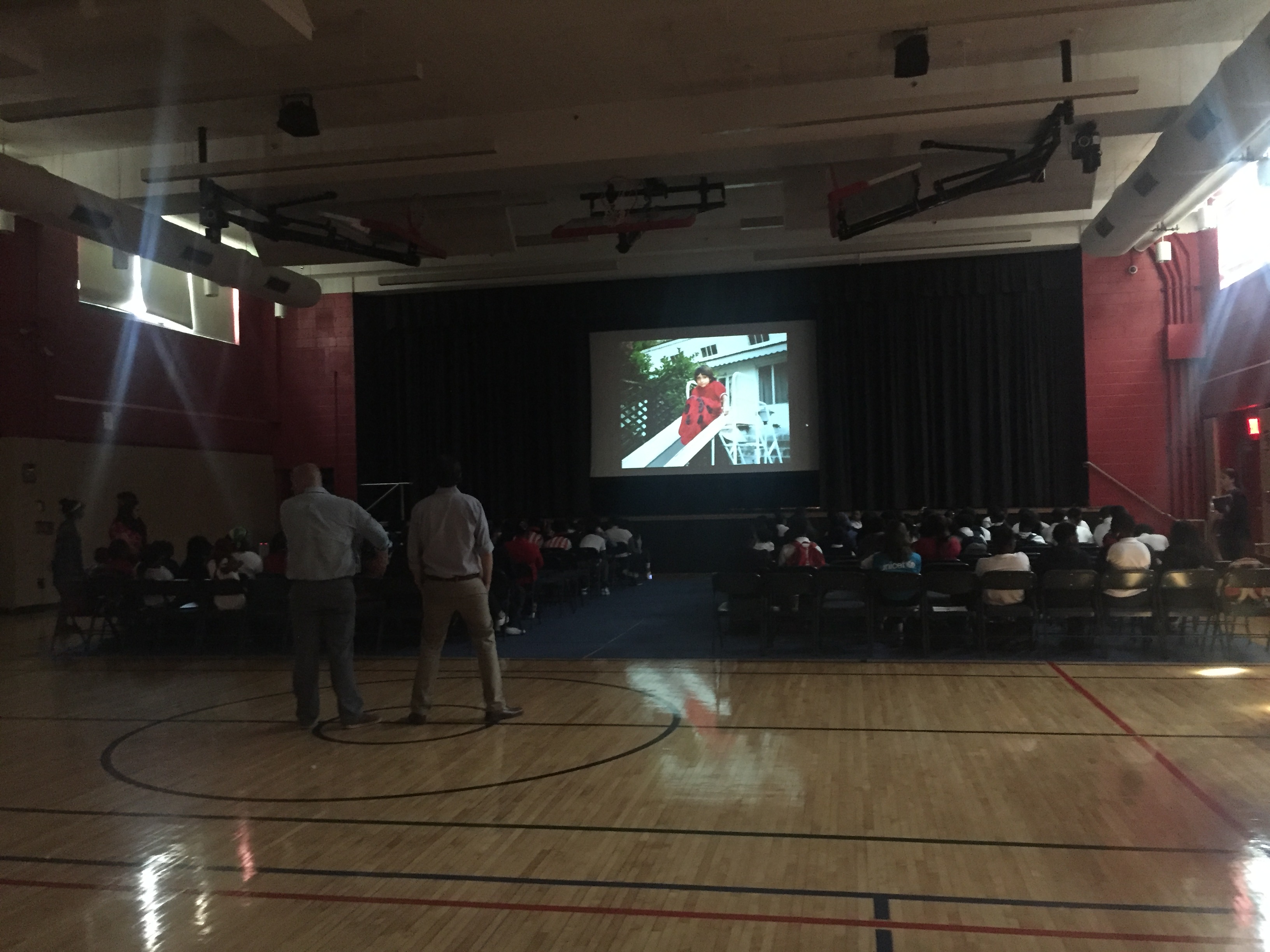 After weeks of work, the day finally arrived. Kicking off the afternoon, middle school students watched Malala Yousafzai's story. After the screening, my students invited the school community to step right up and enjoy The Gender Defender Carnival. My students facilitated games and activities they designed, handed out copies of coloring books they drew, gave out education prizes they created, painted the faces of carnival goers, paired slime-making with a conversation about the ways specific colors are viewed as mandatory (or off-limits for certain genders), DJ-ed the playlist of empowering songs they put together for the event, handed out tickets and swag bags for prizes, collected donations for UNICEF, and even ensured that each student running the carnival got a break to have fun as well. The Gender Defender Carnival at Icahn Charter School 4 raised $552.00 for UNICEF in support of girl's and women's education. We had over 350 attendees who collectively played over 570 games, listened to 48 different songs on the carnival playlist, and had 87 of their faces painted. But all of these metrics aside, I know that the carnival was a success because my students moved beyond simply learning facts and figures: They became global citizens. 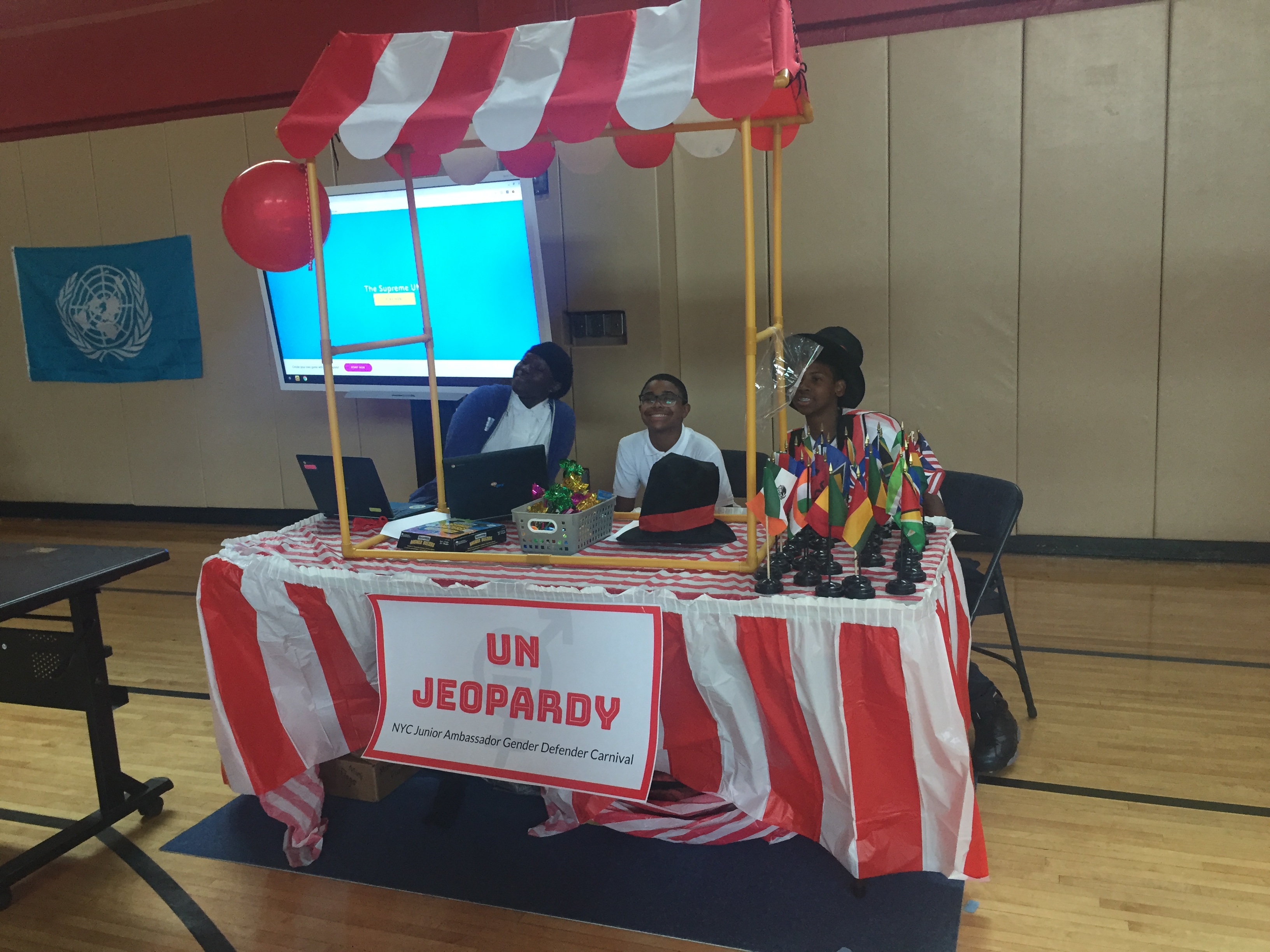