SOWC 2016: Change Starts When You Choose to Care

UNICEF’s State of the World’s Children report paints a stark picture of what’s in store for the world’s children if we do not accelerate efforts to address their needs.

Based on current trends, 69 million children will die from preventable causes, 167 million children will live in poverty, and 750 million women will have been married as children by 2030 — unless the world focuses on its most disadvantaged children, according to The State of the World’s Children, UNICEF’s annual flagship report, released today.

“Denying hundreds of millions of children a fair chance in life does more than threaten their futures ... It imperils the future of their societies," says UNICEF Executive Director Anthony Lake. “We have a choice: Invest in these children now or allow our world to become still more unequal and divided.”

There has been some progress: Global under-five mortality rates have been more than halved since 1990, and the number of people living in extreme poverty worldwide is almost half what it was in the 1990s.

But these improvements have been neither evenly nor fairly distributed. The poorest children are twice as likely to die before their fifth birthday and to be chronically malnourished than the richest.

View UNICEF's annual report on the State of the World's Children here.

View our photo essay on the State of the World's Children in Medium.

See child refugees speak out about what they have lost. 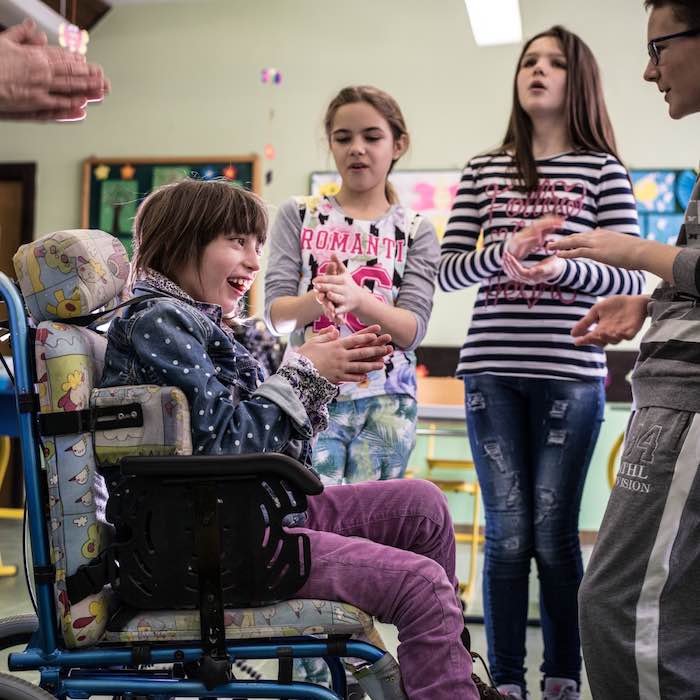 With support from her parents, teachers and community, Sladjana Ugrica (left), 10, has been mainstreamed in her school in Kolut Village in Serbia since the first grade. ©UNICEF/UN016256/Gilbertson VII Photo