Q&A: "DACA Was a Life Changer. We No Longer Live in the Shadows."

Dreamers are staring down the very real possibility that they will be expelled from the only home they have ever known.

Cesar Octavio Espinosa was just six years old when he flew to the United States from Mexico City on a tourist visa. His first memory is his grandfather handing him a few dollars to buy snacks. He vividly recalls stepping out of the airport into the Houston, Texas heat — "into soup, it was so humid!" This was his new home, whether he liked it or not. Eventually, he grew to love it.

Migrants have many reasons for fleeing their homes: extreme poverty, gang warfare, persecution, a crippling lack of opportunity. For the vast majority, leaving everything behind and starting over in a place where they are disadvantaged and often unwelcome is a heart-wrenching decision. They do it because they feel they have no choice.They do it to give their children a better future. 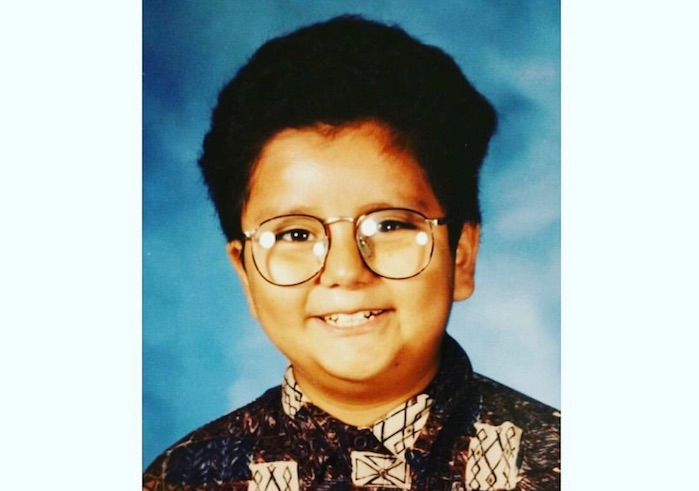 Now 31, Cesar is one of nearly 800,000 children of immigrants whose fate hangs in the balance. They were brought to this country by their parents before they were old enough to make their own choices. They've put down deep roots in the U.S. And, since 2012, their inclusion in the Deferred Action for Childhood Arrivals program (DACA, or the Dream Act) has allowed these “Dreamers” to live full, productive lives without the threat of deportation.

On September 5, Cesar learned that he had received Advance Parole, a permit to return to Mexico for educational or humanitarian purposes. But the very same day — at a "watch party" in his living room with undocumented youth served by immigrants-rights nonprofit FIEL Houston, where Cesar works — he learned that DACA recipients, now between the ages of 16 and 35, may soon lose their protections.

So what will become of the Dreamers? They’re attending school, going to work, building careers, raising children and plotting futures for the betterment of their families and their communities. Now they are staring down the very real possibility that they will have to leave the only home they have ever known.

Dreamers are staring down the very real possibility that they will have to leave the only home they have ever known.

If Congress doesn’t act to protect Dreamers, many will lose access to education and work, and they may be deported. Families will be torn apart. In a 2015 online survey, a quarter of DACA participants said they had a child who is a U.S. citizen. Cesar's sister, for example, is undocumented, but her three children are citizens. Meanwhile, Cesar has been advised to be cautious; despite the travel permit, he won't take the risk of leaving the  United States and trying to reenter.

DACA recipients have entered a grim waiting game. Below, Espinosa shares his story.

How did you feel when you were granted DACA status?

CESAR OCTAVIO ESPINOSA: DACA was a life-changer. We no longer live in the shadows. Our entire lives, we were always looking over our shoulders to see if police were behind us, always living in fear. It was amazing to be granted some sort of status, to be able to have things that most people take for granted, like the ability to have a driver's license, the ability to apply for a job without lying or being questioned. 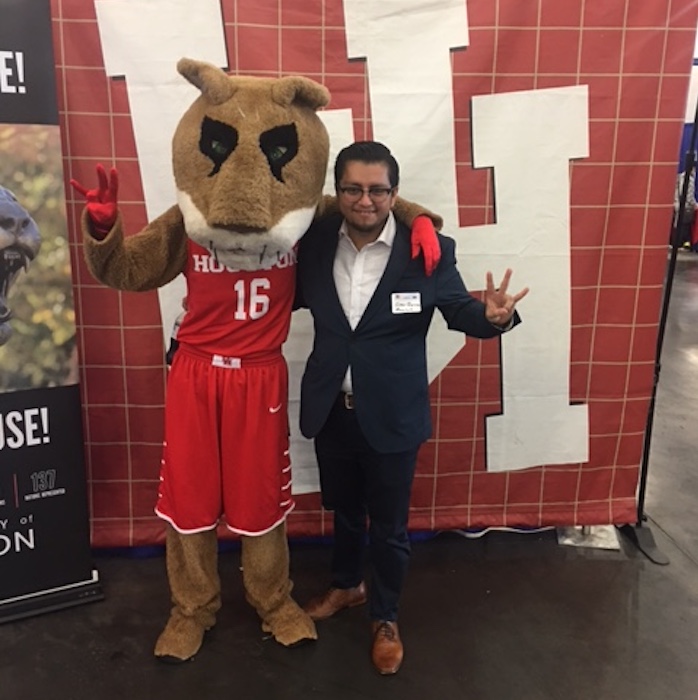 "I was very entrepreneurial at a very young age. I graduated from college when I was fully undocumented."

What opportunities did DACA open to you?

CESAR OCTAVIO ESPINOSA: For me, it was a little bit different, because I was very entrepreneurial at a very young age. I graduated from college when I was fully undocumented. So for me, it was just the peace of mind that my mom didn’t have to freak out every time I would go out, you know, without a driver’s license and things like that.

Before DACA, one of my friends was working at a pizza place because nobody would hire her. Now she's doing cancer research for the largest cancer center in Houston.

But for a lot of my friends, DACA really changed their lives. They were able to work in their respective fields of study and do different things like that. One of my friends, Ila, had graduated from Texas A & M with a degree in biochemical engineering. Before DACA, she was working at a pizza place because nobody would hire her. After DACA, she was able to get hired by a hospital, and now she's doing cancer research for MD Anderson, the largest cancer center in Houston.

How do you envision your future?

CESAR OCTAVIO ESPINOSA:  All I’ve known is to fight. This is just a bump in the road for us. We fought for DACA. We got DACA. Now we will continue fighting for everybody else. We take on the fight again and we see what we can get for our Dreamer kids.

Can you tell me about some of those kids?

CESAR OCTAVIO ESPINOSA: They’re amazing people. We’ve met hundreds of thousands of Dreamers who are studying every day, who are doing everything right. All they want is a chance at the American Dream.

We've met hundreds of thousands of Dreamers who are studying every day, who are doing everything right. All they want is a chance at the American Dream.

Do you think that there's something about being a Dreamer that changes the way they behave? Other than living in fear?

CESAR OCTAVIO ESPINOSA: Well, they behave. They don’t want to get into trouble so many of them are very timid. But then we met Dreamers who are outgoing, who are very flamboyant. So I think that for some people, their status in the back of their mind does affect them as a person, but for the most part they just live normal, regular lives like anyone else.

What do you think will happen to them — and to you — if Congress doesn't reinstate DACA?

CESAR OCTAVIO ESPINOSA: Well, it’s obviously going to shift a lot of people’s lives. They could lose their sources of income. It’s going to put them in a really, really bad situation. So we hope that Congress does take the time to act and that they push legislation forward like the Dream Act. 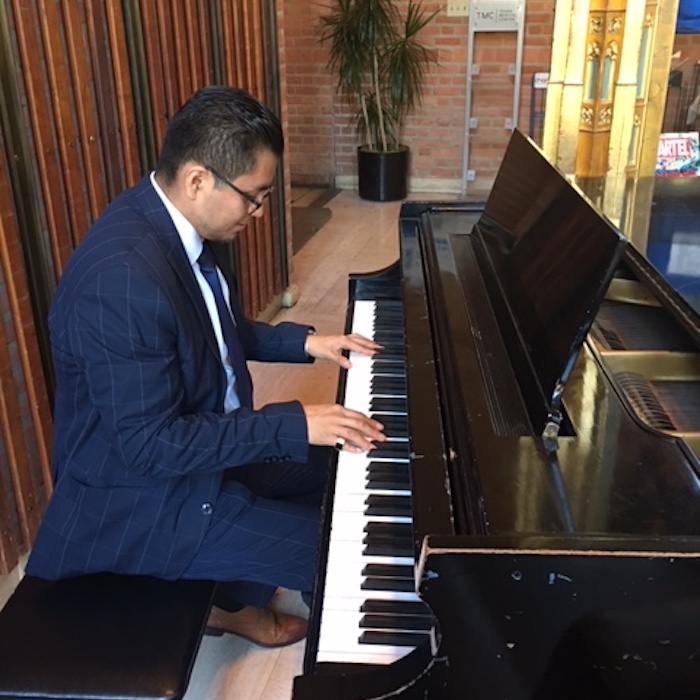 DACA recipients "just live normal, regular lives like anyone else."

What would you say to someone who was in favor of ending DACA?

You're hurting people who have lived here their entire lives... people who are human beings who are contributing every single day to society.

What would you say to convince someone that DACA is a good program that's good for America?

CESAR OCTAVIO ESPINOSA: I’ve been surprised, there have been a lot of people who change their minds when they unknowingly hired an undocumented person. Then they say, “I’m anti-immigration but this guy I have working for me, he’s one of the best people that I’ve ever met.” So a lot of times, it just takes for people to interact, to know that in fact, immigrants are good people and they’re just trying to work and make a living like everybody else.

People say, 'I'm anti-immigration but this guy I have working for me, he's one of the best people that I've ever met.' It just takes for people to interact, to know that in fact, immigrants are good people.

What would happen to your sister if DACA ends, since she has children who are American citizens?

It could potentially mean a break-up of our family. That’s one of the things we’re fighting for, to keep our family together. She knows that the best place for her kids to grow up is here in the U.S. And it’s not their fault that their mom is undocumented. That’s one of the reasons that we keep fighting, because she has a lot more at stake than many of us, because she has the children.

YOU CAN HELP OPEN THE DOOR TO A NEW, SAFER FUTURE FOR CESAR AND THE NEARLY 800,000 DREAMERS LIKE HIM: