Kenya Eliminates MNT: A Huge Win for Mothers and Babies

Through partnerships and continued commitment, Kenya is about to become the latest country to eliminate maternal and neonatal tetanus (MNT).

Great news for mothers and babies in Kenya, and everyone who cares about them: Kenya will soon receive the official certificate declaring it is the 45th country since 1999 to eliminate maternal and neonatal tetanus (MNT).

There are just 14 countries left around the world still facing the threat of MNT, an excruciating and often fatal disease that affects mothers and newborns, usually through unhygienic childbirth and umbilical cord care practices.

Reducing deaths from neonatal tetanus is one of the simplest and most cost-effective ways to reduce the neonatal mortality rate. Tetanus transmission can be prevented during childbirth by improving immunization services, especially for pregnant women; promoting clean delivery and cord-care practices; and strengthening disease surveillance and case investigation. 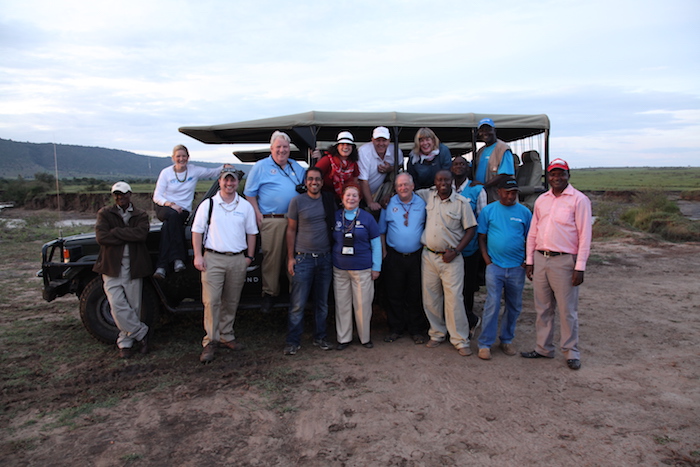 UNICEF, UNICEF USA and Kiwanis International staff visited Kenya in 2014 to see firsthand the impact UNICEF immunization efforts were having on women and babies.

In 2014, UNICEF USA and Kiwanis International sent a delegation to Kenya to see firsthand the impact UNICEF immunization efforts were having on women and babies. During their trip, they visited a sub-county hospital where they were briefed on health issues and immunization activities. They also toured the Angata Barrikoi Health Center, where they saw the mother-child health unit and visited with women who were waiting to be vaccinated.

Charlet Long Little, a member of the San Antonio Army Resident Golden K Kiwanis club, reflected on her trip and how impressed she was to see "how well the people in the most remote villages had been educated about the importance of getting their immunizations." 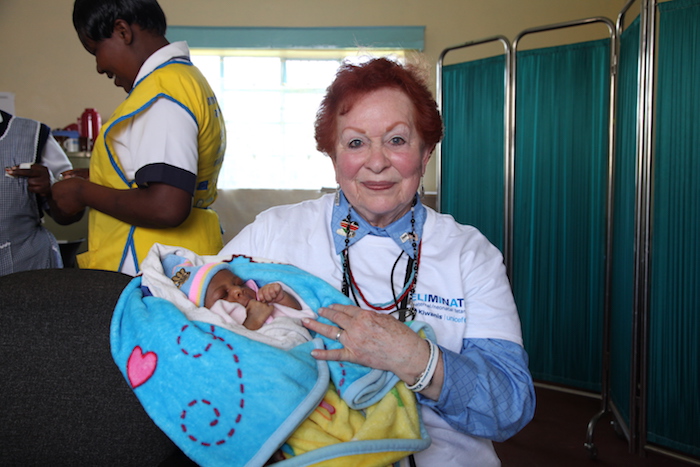 In 2014, Charlet Long Little, a member of the San Antonio Army Residence Golden K Kiwanis club, visited the Angata Barrikoi Health Center in Kenya to see how UNICEF's immunization efforts save the lives of mothers and babies.

Another Kiwanis International delegate, Mark Rabaut (who later served as Kiwanis Children's Fund President 2015-2016) spoke on the importance of The Eliminate Project. "[It] goes way beyond three tetanus vaccines. It teaches the importance of prenatal care and safe birthing practices, which will help save the lives of moms and babies for years and years. It also helps us as Kiwanis members to see globally and to spread our service outside of our immediate areas." This is a moment to celebrate the achievements made since 2000. While we've reached a significant milestone, the fact that 34,000 babies still die from a completely preventable disease like tetanus remains an intolerable outrage. UNICEF and partners won't stop providing the required resources to reach the most underserved communities and protect every woman, every baby and every family against tetanus, until the day that we reach global maternal and neonatal elimination.

We've reached a significant milestone, but 34,000 babies still die from MNT every year

UNICEF and partners are calling on everyone — from governments and advocates to donors and members of the general public — to do what they can to help increase immunization coverage in their communities.