UNICEF staff are experts in preventing and treating dehydration in children. Learn how to spot the signs and protect your loved ones.

Dehydration occurs when the human body loses excessive amounts of water. If you don't get enough to drink or if your body loses more fluid than it takes in, your body can't perform its normal functions. If fluids aren't replaced, the body becomes dehydrated.

Here are the answers to some Frequently Asked Questions about dehydration based on information provided by the World Health Organization and other sources.

How to know if your child is dehydrated

Dehydration can happen to anyone, but young children are particularly vulnerable because their little bodies can get dehydrated quickly. The most common cause of dehydration in young children is severe diarrhea and vomiting. Exercising vigorously in hot weather without drinking enough water can also lead to dehydration.

Early indications of mild to moderate dehydration include thirst, restlessness and irritability. It is important to note that a child can be dehydrated without feeling thirsty.

Some early warning signs of dehydration Syrian refugee Diaa, 10, drinks water from a tap installed by UNICEF and partners in Za'atari Refugee Camp, Jordan. Before there was a communal tap, Diaa had carry water home in jerrycans and buckets, sometimes using a wheelbarrow. "The water that we get now is clean and better, "says Diaa. "Now we have no worries. We sit and the water comes to us on its own! Now I go and play football, which is much better than collecting water." © UNICEF/UN0280330/Herwig

What to give a child who is dehydrated

Dehydration must be treated by replenishing the body's missing fluids and electrolytes (essential minerals in your blood and body fluids, like sodium, potassium, magnesium, chloride and calcium).

Breastfeeding is the best way to treat dehydration in infants, or formula. Give older children sips of clear liquids. Water is ideal, but you can also try broth, a pre-mixed rehydration solution like Pedialyte or Hydralyte, or a sports drink such as Gatorade diluted with water.

If your child has trouble swallowing liquid, try giving her an ice pop made of frozen water or frozen fruit juice diluted with water to suck on.

Mild dehydration can be treated by drinking clear liquids or sucking on ice pops to help the body replenish the missing fluids it needs to function properly. Start with small sips or teaspoons of liquid and work up from there as you see the child can tolerate more. 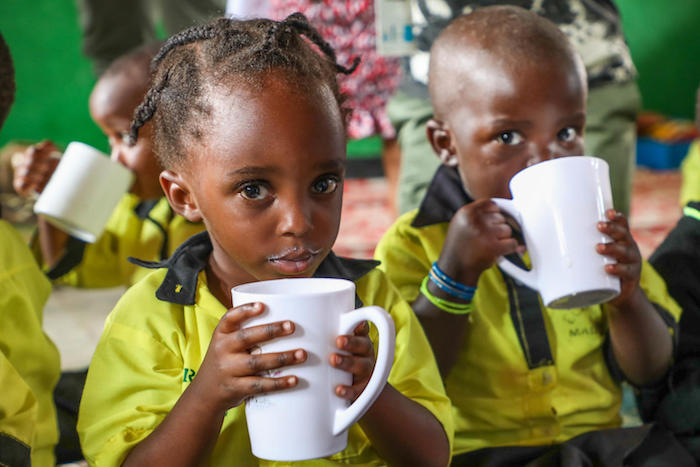 UNICEF staff are working in Rwanda to ensure that all children are hydrated and getting the nutrients they need to stay healthy. © UNICEF/UN0284031/Houser

How to prevent dehydration in children and toddlers

Always bring a refillable water bottle with you whenever you go out. Make sure to remind your child to drink from it regularly throughout the day.

What to do if a dehydrated toddler won't drink

If your child refuses to drink liquid, don't force her. Try giving her an ice pop to suck on instead. Ice pops can be made from frozen water or frozen fruit juice. Pedialyte pops work too. 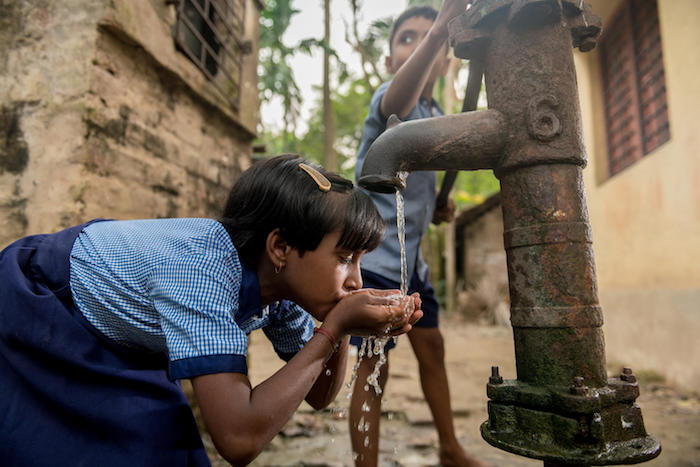 A girl drinks from a hand pump installed by UNICEF and partners in Gondharbapur village, West Bengal, India. © UNICEF/UN0274902/Panjwani

See a doctor if your child or toddler experiences these symptoms

Can a child die of dehydration? 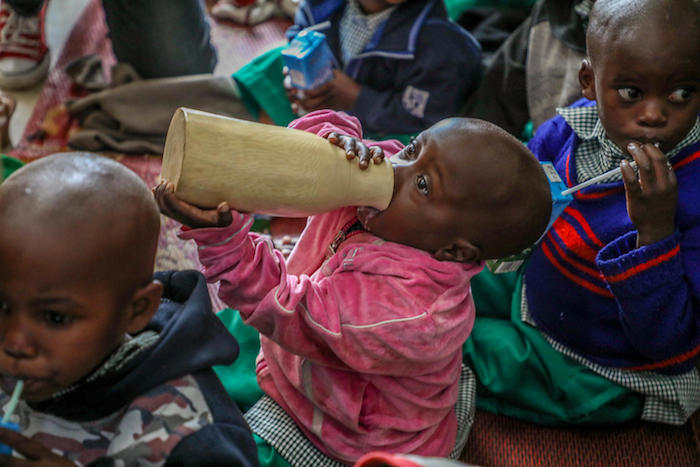 UNICEF is working with partners in Rwanda to improve water and sanitation services, so children can grow up safe and healthy.  © UNICEF/UN0283153/Houser

On a hot day, children can become dehydrated even if they stay in the shade. During the summer months, children are likely to sweat more, especially when they're engaging in vigorous physical activity like running around with friends, playing sports and exercising. Make sure your child has a full water bottle when they go out to play, and stress the importance of drinking from it regularly. 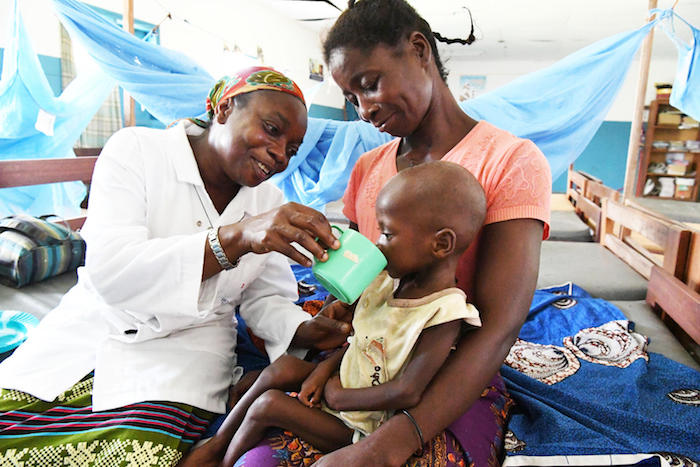 At a UNICEF-supported health center in the village of Zouan Hounien in northwestern Côte d'Ivoire, nurse Blandine Tonga helps a 32-year-old grandmother feed therapeutic milk formula to 3-year-old Doris, who is dehydrated and severely malnourished. Her family thought she had malaria. By the time they realized it was severe malnutrition, it was too late for Doris's older sister, who died. © UNICEF/UN0150194/Dejongh

UNICEF fights dehydration in children around the world

UNICEF works with partners in more than 100 countries to provide clean, safe water and sanitation to families, so children stay healthy. UNICEF health workers advise parents how to feed their children to prevent dehydration and malnutrition.

UNICEF's lifesaving interventions and programs around the world have helped reduce the number of child deaths by more than 50 percent since 1990.

Top photo: In Cambodia's Kompong Cham province, Ven Thuy, 38, and her child have safe, clean water to drink, thanks to the Kampong Chamlong Water Supply utility's partnership with UNICEF. © UNICEF/UN0293245/Llaurado