The Cost of Not Breastfeeding

On the heels of new evidence of the lifesaving benefits of early and exclusive breastfeeding, UNICEF calls for increased investment in workplace programs and other support for breastfeeding moms.

Breastfeeding saves lives — not just kids, but mothers too.

New research examining the human and economic costs of not breastfeeding found that hundreds of thousands of lives would be saved every year if there was universal adherence to the practice as recommended by UNICEF and the World Health Organization (WHO). 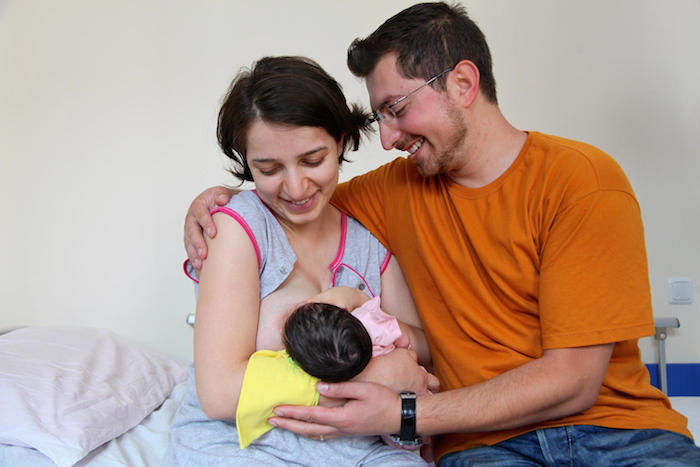 Parents of a newborn photographed at the maternity ward of a UNICEF-supported hospital in Yerevan, Armenia. Fathers, husbands and partners can play a critical role in supporting breastfeeding — a lifesaving practice that benefits both mother and child. © UNICEF/UN0206267/Pirozzi

Adequate breastfeeding, according to those recommendations, means initiating breastfeeding within an hour of birth and exclusively breastfeeding for at least the first six months. If every mother followed these guidelines for every child, according to researchers, nearly 100,000 mothers' and 600,000 children's lives would be saved annually, among other global health gains. Specifically:

Researchers also determined that inadequate breastfeeding results in $340 billion in avoidable health care costs and lost earnings worldwide every year. The team used a new Cost of Not Breastfeeding tool to arrive at these calculations. A July 24, 2019 journal article details the researchers' methodology and findings. 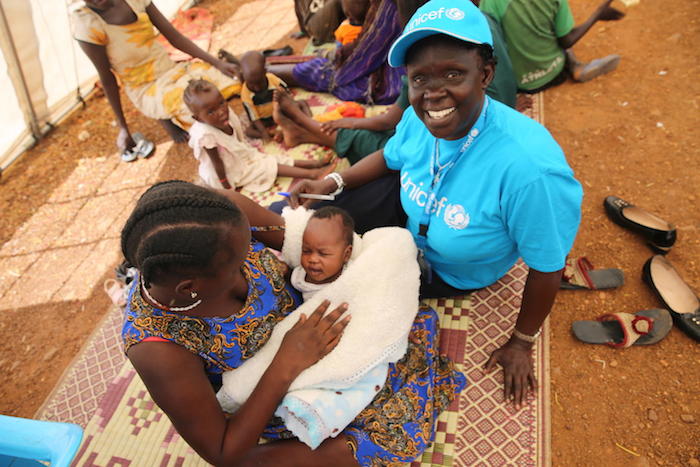 UNICEF staffer Cecilia Aldo visits with Anna Nyagma during a UNICEF-supported mother-to-mother support group meeting in South Sudan. Nyagma is not just a participant in these meetings — she actively encourages other women to attend, sharing information about nutrition and the benefits of exclusive breastfeeding babies for their first six months of life. UNICEF's efforts in this area, supported by community mobilizers like Nyagma, has helped South Sudan’s exclusive breastfeeding rate jump from 45 percent in 2010 to 74 percent in 2018. © UNICEF/UN0330995/Samie-Jacobs

The new data adds to an already compelling case for promoting and supporting the practice, an important part of UNICEF's mission to improve maternal and child health. UNICEF works with governments and other partners to advance family-friendly policies that are considered critical to increasing breastfeeding rates worldwide. These include guaranteed parental leave, quality chld care and the right to breastfeed in the workplace.

UNICEF also supports community-based and health facility-based efforts to provide information and support to breastfeeding mothers. Positive social norms that support and encourage breastfeeding, including in public spaces, help empower mothers to breastfeed. In communities, support from trained counsellors and peers, including other mothers and family members — especially men, husbands and partners — plays a key role. All of these considerations factor into UNICEF's strategy, working with partners to advance the practice worldwide. 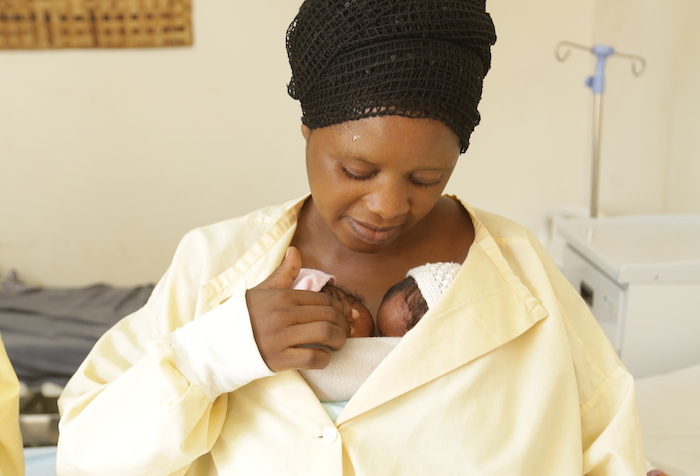 Mother Jyamima practices kangaroo care with her newborn twins at Gahini Hospital in Kayonza District, Rwanda, where health workers benefit from a UNICEF-supported mentorship program emphasizing early and exclusive breastfeeding and other guidance on newborn care. Early and exclusive breastfeeding is one of several low-cost, high-impact interventions that help children survive and thrive. © UNICEF/UN0321629/Kanobana

The Collective's goal is to boost global exclusive breastfeeding rates to at least 50 percent by 2025. Only 41 percent of babies were exclusively breastfed in the first six months of life in 2018, as recommended.

Other stats that illustrate the need to push forward on this issue:

“The health, social and economic benefits of breastfeeding — for mother and child — are well-established and accepted throughout the world," UNICEF Executive Director Henrietta Fore points out. "Yet, nearly 60 percent of the world’s infants are missing out. Workplaces worldwide are denying mothers much needed support. We need to have far greater investment in paid parental leave and breastfeeding support across all workplaces to increase breastfeeding rates globally.”

Top photo: Ruma Akhtar breastfeeds her newborn baby at the Patuakhali District Hospital maternity ward in Bangladesh on April 12, 2018. UNICEF works to support national governments in making the world a friendlier place for all mothers who wish to breastfeed. Breastfeeding is known to prevent infant death, childhood illness and non-communicable diseases, while supporting brain development and protecting maternal health. © UNICEF/UN0233428/Mawa