Children Are Disappearing in Bangladesh

"I am sure that my daughter has been taken by someone. She wouldn't get lost by herself," says Anjuma Bengum (above), whose 9-year-old, Asma, disappeared on her way to buy groceries in Cox's Bazar, Bangladesh. "I pray that she is safe, wherever she may be." The pain shows on Bengum's face as she holds her 5-year-old daughter, Lala Bibi, tightly on her lap in their home in Balukhali refugee camp.

Asma is one of a growing number of children who have been reported missing or confirmed abducted within the Rohingya community in Cox's Bazar, where more than 900,000 refugees live in crowded, sprawling settlements after fleeing Myanmar's violent ethnic cleansing campaign in 2017. Many of the disappearances are thought to be linked to human trafficking for labor or sexual exploitation, but allegations are difficult to prove. Grief-stricken families are left only with memories of their vanished children, and haunting, unanswered questions. 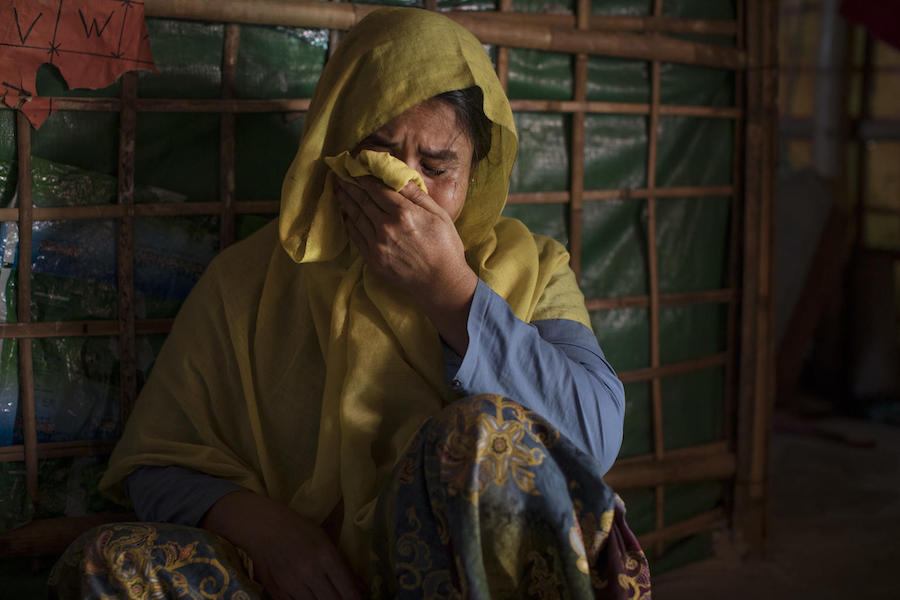 Fatima Begum weeps at the memory of her daughter Jannat Ara, 16, who went missing nine months ago. All she has left of Jannat is a small photograph of a solemn young girl with large, dark eyes. Begum believes her daughter was tricked into marrying a man who took her to India and sold her. The last news she received was from a relative in India, who had heard that Jannat was detained trying to cross the border between India and Bangladesh, and jailed for not having identification papers. "The trafficker took my daughter away from me," she says, tears streaming down her face. "I am so worried. I haven't talked to her in months. She is in prison, in a place she does not know, alone." 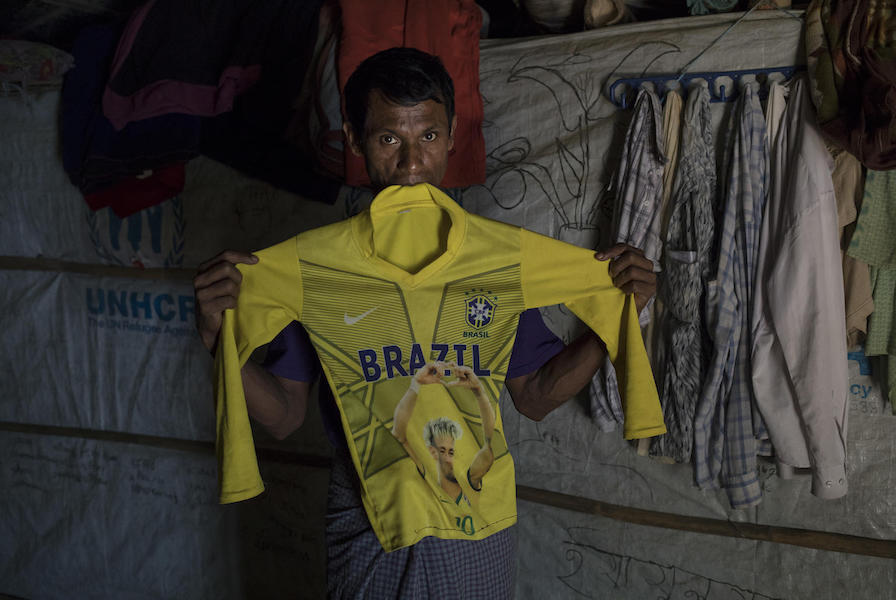 Boys disappear too. Salim Taalah holds the football jersey that belonged to his 12-year-old son, Korimullah, who was last seen six months ago walking a short distance from his family's home to play with friends. In the days following his son's disappearance, Taalah searched everywhere within the camp and all the bazaars along the road, but his son was nowhere to be found. "There are so many boys and girls going missing in the camp that I do fear my son has been trafficked," he says. "I am stuck here, with the pain of losing a child but also not being able to go out of the camps to search for him, as I am not allowed out by the authorities." 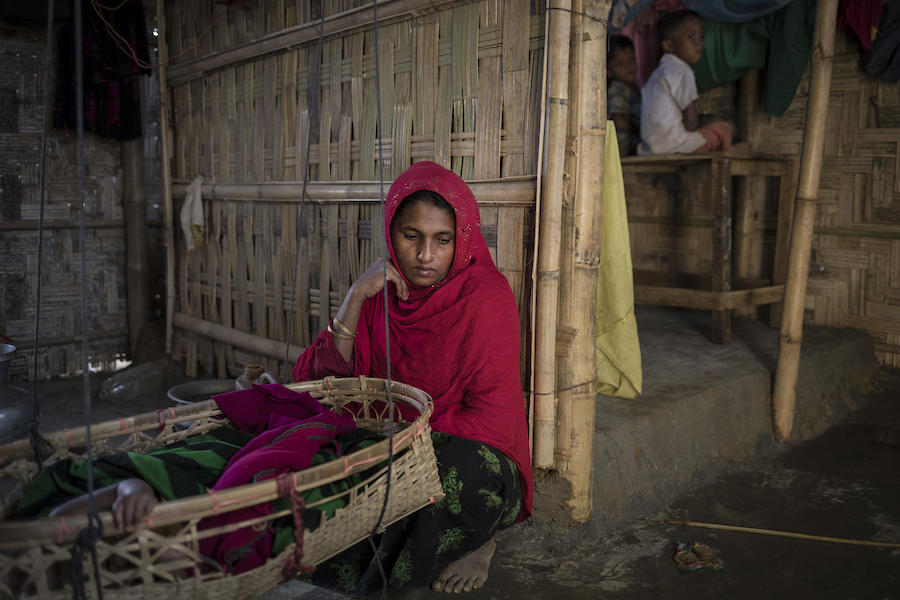 Kulsum Bahar hasn't seen her daughter, 8-year-old Jannatara, in 14 months. She believes that Jannatara was abducted by child traffickers as she walked home from a camp learning center. "If only I could know that she is alive and well. I would hold her tight. I would tell her that I love her," she says, holding back tears. "I feel that if she is indeed alive, she is very far away from here."

Poverty and a general lack of economic opportunities are believed to be primary drivers of trafficking. Children are kidnapped or recruited for various forms of forced labor such as domestic servants and manual laborers, and for sexual exploitation — prostitution, forced marriage. There are reports that children are taken for use in drug smuggling and for the removal of organs. 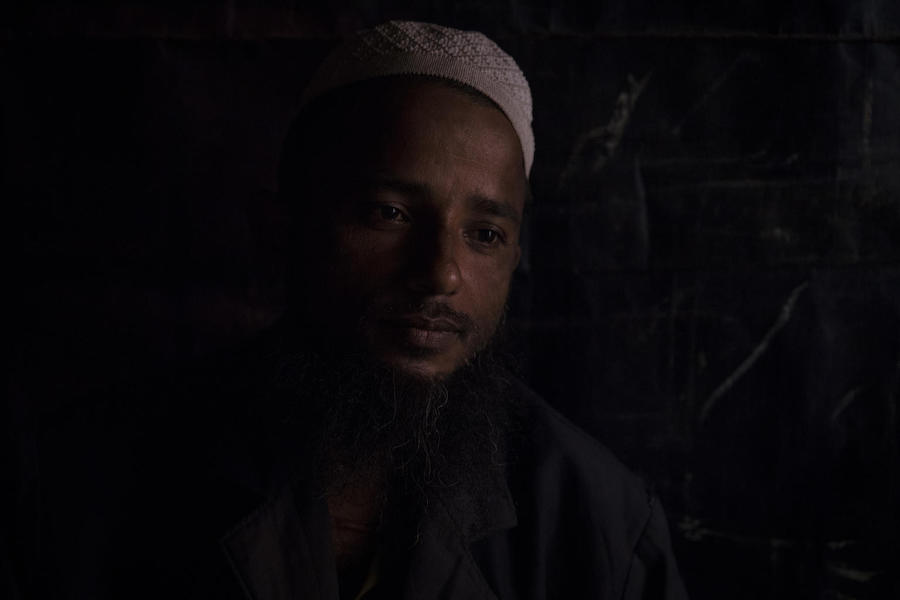 "We let him go out to play on the road, close to our home, with his siblings. It was just a half hour," Ahmed Hussein says of his 2-year-old son, Mohammed Sohail. "When my wife went to fetch him, he was gone. No one knew what had happened. I do not know if someone took him. I do not know what happened to my child."

UNICEF conducts trainings for children and adolescents in Cox's Bazar to alert them to the dangers of trafficking, and awareness-raising campaigns to inform the Rohingya community about trafficking prevention and what actions to take if they suspect a child has been trafficked. UNICEF has also provided strong support to roll out a shared information management database for all partners to report and document trafficking cases in a centralized system. More than 1,100 suspected child trafficking cases have been recorded since the humanitarian response to the Rohingya crisis began in 2017. In 2019 alone, 540 cases of child trafficking were reported (276 girls and 264 boys). UNICEF is establishing a shelter in the refugee camps where child victims of trafficking can live and receive counseling, psychosocial support and case management while staffers work to reunite them with their families or caregivers.

In Myanmar, the majority of Rohingya refugees have no legal identity or citizenship, and they lack a refugee status. In Bangladesh, refugee children are not being registered at birth and have no legal proof of identity. Birth registration protects children from trafficking, family separation and illegal adoption and helps them access essential services. UNICEF advocates for the proper, legal registration of all newborns. "A child not registered at birth is invisible — nonexistent in the eyes of the government or the law," said UNICEF Executive Director Henrietta Fore. "Without proof of identity, children are often excluded from education, health care and other vital services, and are more vulnerable to exploitation and abuse."

Your generous contribution will help UNICEF reach vulnerable Rohingya children with the support and protection they need.

Top photo: Anjuma Bengum holds her 5-year-old daughter, Lala Bibi, close at their home in Balukhali refugee camp in Cox's Bazar Bangladesh on December 2, 2019. Anjuma's older daughter, 9-year-old Asma, disappeared en route to the market to buy groceries. "I pray that she is safe, wherever she may be," says Bengum. © All photos by Siegried Modola for UNICEF