The Case for Intersectionality: Supporting LGBTQ Youth Amidst COVID-19

In honor of Pride Month, UNICEF USA renews its longstanding commitment to ending discrimination and abuse and issues an important reminder that LGBTQ children deserve protection and equal rights.

Amidst the backdrop of the COVID-19 pandemic and the country's continued battles to seek justice for Black lives, this year's Pride has underscored the critical role that intersectionality plays in the fight for lesbian, gay, bisexual, transgender, queer and questioning (LGBTQ) justice.

Amidst COVID-19 and Black Lives Matter, this year's Pride Month has underscored the critical role that intersectionality plays in the fight for LGBTQ justice

The notion of intersectionality challenges us to look at how "intersecting" social identities — particularly minority identities — relate to systems and structures of inequity and discrimination. The term was coined by Kimberlé Crenshaw, Professor of Law at UCLA and Columbia Law School and co-Founder of the African American Policy Forum.

"I began to use the term 'intersectionality' to deal with the fact that many of our social justice problems like racism and sexism are often overlapping, creating multiple levels of social injustice," Crenshaw explained in a TED Talk. "Without frames that allow us to see how social problems impact all the members of a targeted group, many will fall through the cracks of our movements, left to suffer in virtual isolation." 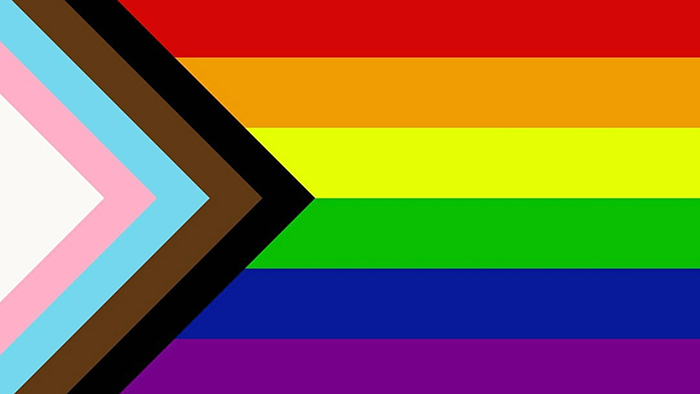 In 2018, graphic designer Daniel Quasar redesigned the LGBT Rainbow Flag to bring further awareness for “inclusion and progression," adding black and brown stripes to represent LGBTQ people of color and incorporating pastel blue, pink and white from the transgender flag designed by activist Monica Helms in 1999.

The COVID pandemic has had serious implications on the mental health and well-being of LGBTQ persons. Using an intersectional lens, it can be seen that these implications are only exacerbated for LGBTQ people of color, LGBTQ youth and trans or gender nonconforming individuals.

Without frames that allow us to see how social problems impact all the members of a targeted group, many will fall through the cracks of our movements, left to suffer in virtual isolation. — Kimberlé Crenshaw

Research — including UNICEF's own reports from the field — has already shown that LGBTQ children are particularly vulnerable to threats to their safety and well-being. Studies indicate that they are more likely to be the target of violent attacks; more likely to be bullied at school or otherwise harassed, stigmatized and socially excluded; and more likely to be isolated and abandoned by parents and peers. LGBTQ youth who are rejected by their families experience disproportionate levels of suicide, homelessness and food insecurity.

Sadly, these risks are further heightened in conflict and crisis settings, such as the current COVID-19 pandemic. In fact, actions taken to fight coronavirus' spread, such as school closures and quarantines, are disrupting children's routines and support systems in ways that may have disproportionate negative consequences for LGBTQ youth.

According to a recent report by The Trevor Project, the world's largest suicide prevention and crisis intervention organization for LGBTQ young people, this includes being confined to a home environment that may be unsupportive or abusive. Trevor Project research shows that unsupportive environments may result in increased dysphoria and other mental health challenges for LGBTQ youth, especially among transgender and nonbinary youth, as some may need to hide their authentic selves to maintain their safety. The intersection of identities for Black LGBTQ youth may make them particularly vulnerable to experiencing mental health concerns such as depression and suicidality. Plus, as a result of schools closing to fight the coronavirus, LGTBQ youth may lose access to affirming connections with peers and adult role models in their communities, as well as extracurricular activities that promote positive youth development.

Youth homelessness is compounded by race, sexuality and gender identity

When taking into account that Black youth have an 83 percent higher risk of experiencing homelessness than youth of other races, it's clear that youth homelessness is an issue compounded by race, sexuality and gender identity. This creates a unique challenge during the current pandemic since many homeless youth rely on public school systems and the approximately 260 LGBTQ community centers across the U.S. for basic necessities like food, shelter, health services and community support. During the pandemic, however, over 55 million children here in the U.S. have been affected by school closures and many of the LGBTQ community centers are either reducing their hours and services or closing their doors completely to protect staff and visitors, leaving homeless youth without access to the critical lifelines they need not just to thrive but to survive. 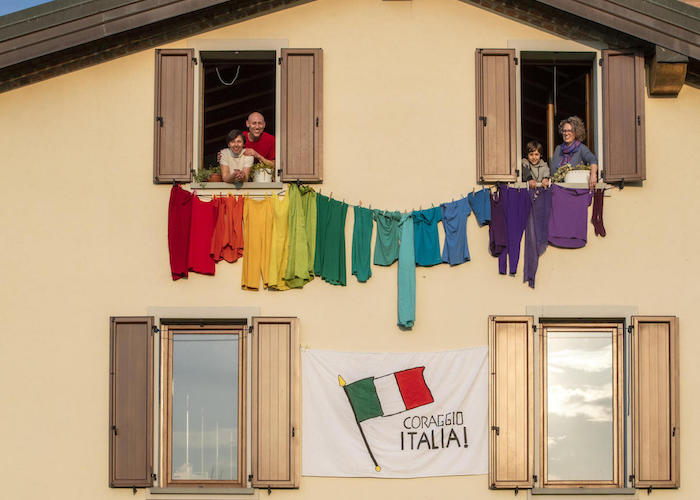 In March 2020 during Italy's COVID-19 shutdown, a family in Bergamo made a rainbow out of clothes to send a message of support to their neighbors. © UNICEF/UNI313475/Diffidenti

Utilizing a child rights-based approach in its work, UNICEF USA believes that all children have a right to a happy, healthy childhood, free from discrimination and safe from harm. Everyone has a role to play in advocating for child protection during the COVID-19 response and proactively engaging marginalized groups in the process: UNICEF and other U.N. organizations, governments, community and religious leaders, the private sector and civil society.

Not only during the month of June but year-round, let us remember and acknowledge that the first Pride was a protest against police violence — led by people of color and Black trans members of the LGBTQ community. The modern-day fights for racial and LGBTQ justice in this country were built on the shoulders of these change makers. This Pride, let us continue that fight in their honor by uniting our advocacy efforts under an intersectional umbrella, helping to ensure that no one, in Kimberlé Crenshaw's words, falls through the cracks of our movements.

Are you the parent of a LGBTQ child or a LGBTQ young person yourself? Check out these strategies for how teenagers can protect their mental health during the COVID-19 pandemic and these tips about how to stop cyberbullying. Additionally, through Voices of Youth, UNICEF's platform for amplifying the thoughts and opinions of young people, you can discover stories, illustrations and messages of support shared by young people around the world, all trying to adapt to this (temporary) new normal.

If you are a LGBTQ young person thinking about suicide and in need of immediate support, please call The Trevor Project's TrevorLifeline at 866-488-7386 or click here for live online chat or text with a trained counselor.