Stand Up Against Racism and Injustice | UNICEF USA

5 Ways to Stand Up Against Racism and Injustice

Racism and violence damage children, leaving deep and lasting scars. Here are five things you and your family can do now to help create a more just society.

As peaceful protesters across the country stand up against police brutality and the systemic mistreatment of Black Americans, UNICEF condemns racism in any form.

For more than 70 years, UNICEF has been helping children caught up in conflict. Every child, every young person, deserves to grow up with every chance for safety and every opportunity to succeed. Discrimination, violence and racism cause deep harm, unsettling communities and leaving lasting scars for children and families.

We have always believed in the power of global citizenship to fight these biases. Here's how you and your family can help:

1. Listen to and amplify Black voices

Pay attention to the voices of people who experience racism every day. Share their stories with your friends and family.

There has been a disturbing increase in hate speech in the U.S. in recent years. If you see something on social media or in the newspaper that reflects prejudice, leave a comment or write a letter to the editor to let others know that intolerant remarks are unkind and uncalled for.

If you overhear someone tell a racist joke, speak up and let them know that stereotyping isn't harmless. Let your children know they should feel free to speak up as well. There's nothing funny about using "humor" to normalize dangerous ideas and perpetuate ugly stereotypes. 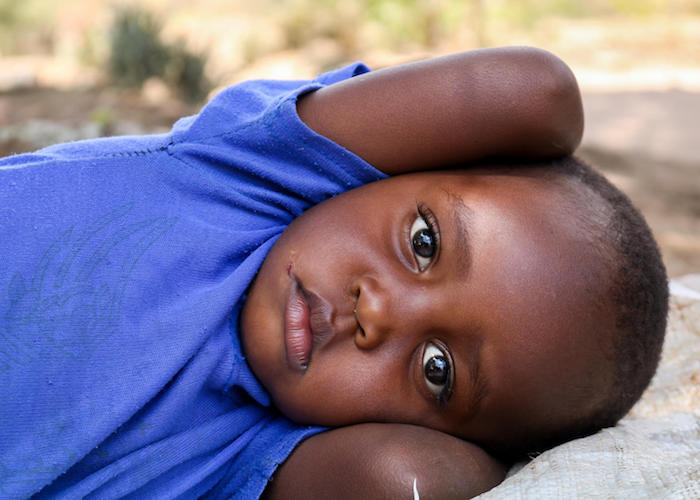 Children all over the world deserve to be treated with kindness and respect, and to grow up safe and healthy. © UNICEF/UN0259567/Ndinda

Prejudice and hate are not innate. They are learned behaviors — and they can be unlearned. Racism is a socially transmitted disease whose lifelong negative effects on the health and development of children and adolescents have been documented by the American Academy of Pediatrics.

So set a good example. Talk to your children regularly about differences and racism. Explain that racism is a system of unfairness and it has a long history in our country. Every human being has a right to feel safe and valued and to be treated fairly. If we want to fix the problem, we need to discuss it openly and be vigilant about it in our daily lives.

If you see someone being harassed or physically attacked, it is important to help if you can do so safely. Make your presence as a witness known. Make eye contact with the person being attacked and ask if they want support. Don't escalate the situation.

When the public stands in solidarity, bigots lose their power. Verbal and physical abuse is wrong and should not be tolerated. All people deserve to be treated with dignity and humanity.

How children are internalizing violence against people of color is a child rights issue. Systemic racism is a child rights issue. UNICEF has highlighted and advocated tirelessly for children's rights since its founding in 1946, and knows that all children deserve to grow up in a safe and healthy environment. Children who experience discrimination, racism and violence need our support now.

Ask your Congressional Representative to co-sponsor House Resolution 988 condemning all acts of police brutality, racial profiling and the use of excessive and militarized force throughout the country.