Improving the lives of children without parental care in India

India has more children than any other country in the world, with an estimated 1.5 million children growing up in residential institutions. Often privately run and poorly regulated, these facilities can leave children extremely vulnerable to abuse, exploitation and neglect. The saga of how 5-year-old Saroo Brierley survived life on the streets after being separated from his brother at a railway station and his eventual adoption by an Australian couple inspired the 2016 movie "Lion." It also called attention to the plight of India’s “forgotten” children — those forced to survive without parents or family. To protect them and give them their fair chance at a better life, UNICEF USA partnered with Purvi and Harsh Padia to launch Project Lion in 2018.

Project Lion is a program that put non-institutional, family-based alternative care for children on the agenda of 12 state governments and the national Government of India, because every child deserves to grow and thrive in a nurturing place they can call home. 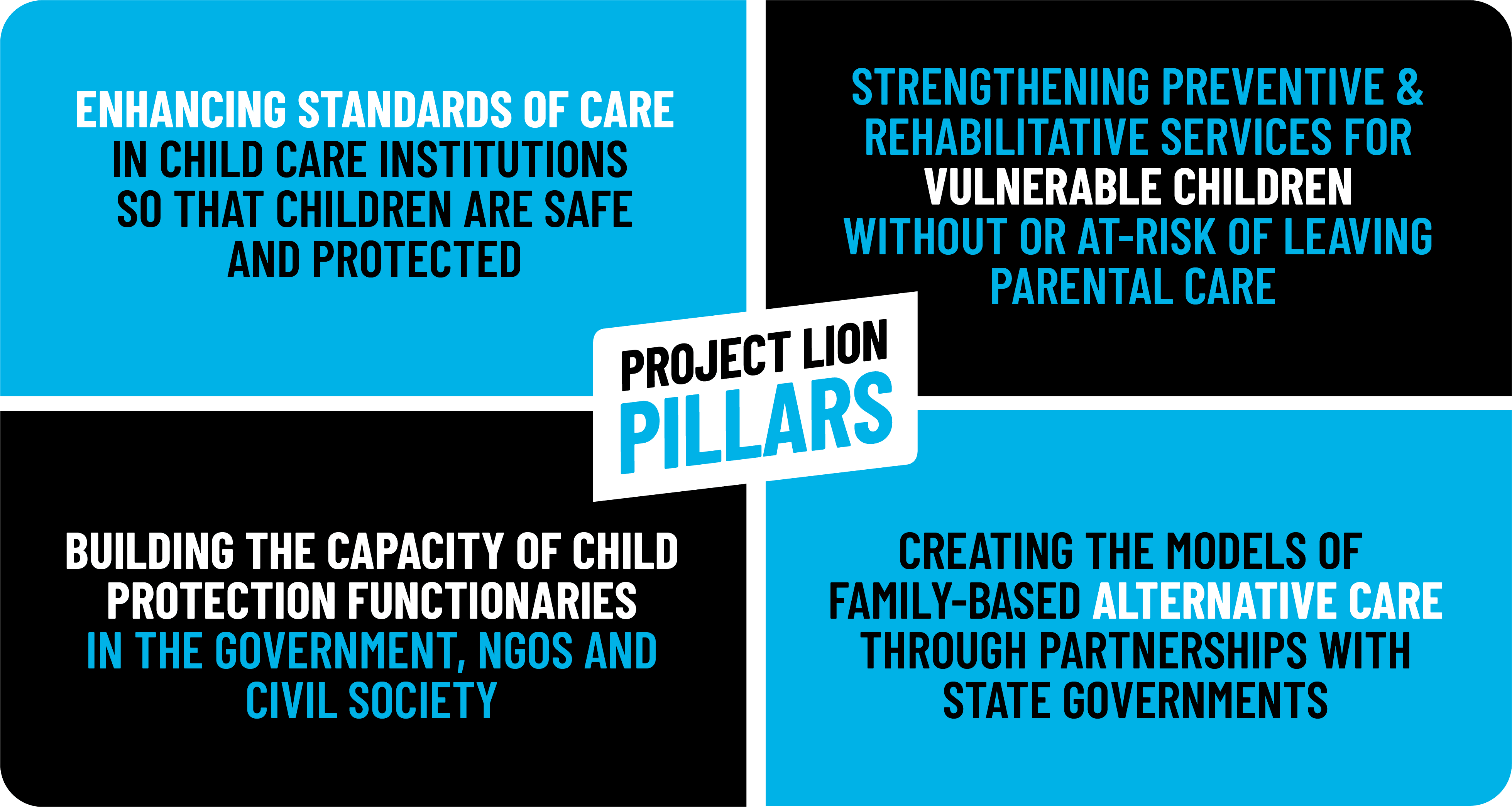 The Padias and Purvi Padia Design have also supported Project Lion through a number of special collections.

IMPACT: Project Lion by the numbers

Since 2018, Project Lion has reached more than 582,000 children with care and support

In its first three years, Project Lion nearly tripled its initial goal, reaching more than 582,000 children. Project Lion has ensured that children's care is placed at the forefront of programs and policies. In the past three years, UNICEF has marked shifts in the provision of care for vulnerable children. There has been widespread adoption of more child-friendly care models. Standards of care at children's institutions have improved, particularly when it comes to managing children's unique needs and cases appropriately and effectively.

The next chapter of Project Lion aims to scale our work, reaching more children and formalizing structures for sustained impact that will last for years to come. Together, we hope to build appropriate care for children into a social and political norm across India. 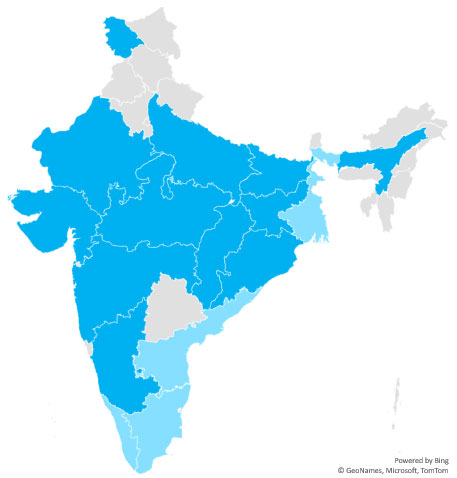 Half of India's 28 states will be supported by Project Lion's Phase 2 work, benefitting from targeted programming and national-level systems strengthening to improve care for vulnerable chlldren and children without parental care. According to the 2011 Census, these states are home to more than 75 percent of children 18 or under in the country.

In the midst of the current pandemic, Project Lion can provide much-needed normalcy to India's most vulnerable children. With new and evolving threats to children's safety, security, economic resilience, education and home life, we can ensure that children have a nurturing, appropriate and safe place to live. We can help reinforce communities of care and help families remain resilient.

The next phase of Project Lion will be backed by data, evidence and strong partnerships to ensure that each milestone is sustained and long-lasting. Moving into Phase 2, Project Lion has several key goals:

Every child deserves a safe and caring place to call home. Project Lion is helping to make that a reality at a critical moment where the shocks and stresses of COVID-19 are making children more vulnerable and increasing the risks they face. This program is working towards sustained, systemic change in the culture of care in India.

Project Lion 2020 Progress Report
2020 was an unprecedented year. Project Lion continues to provide quality care in family and community-based environments to all children in need of care and protection, children in contact with law and children in institutional care.
Read Now

Reaching India's Forgotten Children
UNICEF USA New York board member Purvi Padia has made it her mission to help the 1.5 million children in India growing up without a family.
Read More