Turning Doubters Into Defenders To Fight Measles in the Philippines

MANILA, PHILIPPINES — Shirly Mendez, a 41-year-old grandmother from Bicutan in metro Manila, never missed a vaccination for her five children when they were young. When her oldest daughter had children of her own, she followed her mother's example and made sure they were vaccinated. Both mothers believed that vaccines would keep their babies safe from diseases.

But three years ago, the routine trips to the health center stopped. Mendez was once again a mother to a 1-year-old, and a grandmother to three more infants. But she was apprehensive.

"I became worried because of rumors spreading that children who were getting vaccinated in schools were getting headaches and stomach aches. I never took my children or grandchildren to the health center to be vaccinated again," she said.

Mendez's scepticism was part of a larger trend in the Philippines — a decline in public confidence in vaccines. One survey found that in 2015, 93 percent of people "strongly agreed" that vaccines are important. In 2018, that rate fell to just 32 percent. 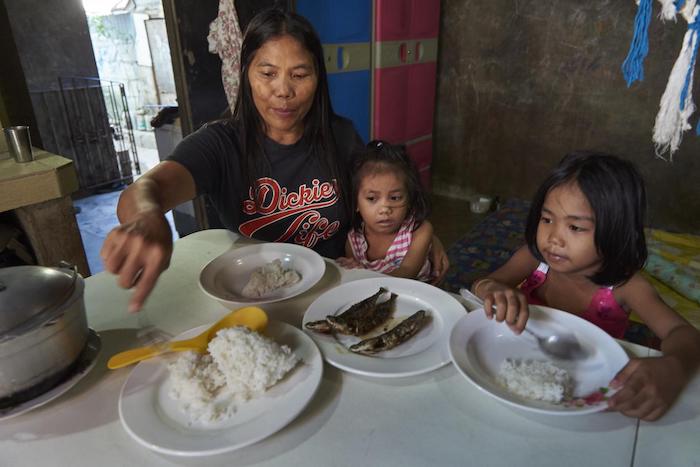 Shirly Mendez feeds her youngest daughter, Anika, and her granddaughter (right) in her house in Taguig City, the Philippines. © UNICEF/UN0296815/Noorani

Over the past few years, the Philippines has experienced chronically low rates of immunization. According to World Health Organization estimates, 2.6 million Filipino children under the age of 5 are not protected against measles. This decline in vaccine coverage ultimately led to a recent measles outbreak in the country, with 28,362 reported cases and 389 deaths from measles from January to April 5 this year. This is a 369 percent increase in reported cases within the same period last year, exceeding the entire caseload of 2018. Around 53 percent of this year's cases were children under the age of 5.

Misconceptions and misinformation about vaccines were only part of the problem. Supply and demand challenges, problems with vaccine management and forecasting, an inadequate number of health workers and poverty all contributed to a health crisis that shows little signs of abating.

Many children from urban poor families, ethnic minorities, transient and highly mobile populations, as well as children living in remote and conflict-affected areas around the world usually miss out on immunization.

In response to the outbreak, the Philippine Government intensified its mass immunization campaign against measles, concentrating on areas with the highest reported cases, including metro Manila. At the Lower Bicutan Health Center where Mendez goes, health workers saw a 60 percent surge in the number of clients — more than 200 daily — who came to inquire or to get their children vaccinated against measles.

We were surprised by the rapid rise in the number of patients who started believing in vaccines again. — rural health midwife Marites Diaz

"We were surprised by the rapid rise in the number of patients who started believing in vaccines again," said Marites Diaz, a rural health midwife at the center. "Our clients who hadn't shown up at the center for a long time were coming back to continue with follow-up shots to complete the required vaccination series."

Rural health workers are also going door-to-door in areas that are farthest from the health center, working inwards to households that are closer. They give out brochures written in Tagalog and have one-on-one conversations with parents to explain how immunization protects children from illness. 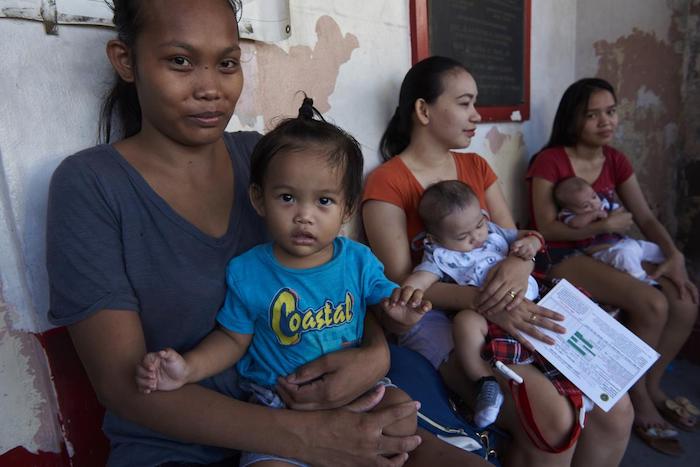 The information campaign is empowering mothers like Mendez to vaccinate their children.

"I saw on TV that there had been many measles cases and many had died," said Mendez. "After the outbreak, I was afraid that my children would also get the measles. That's when I decided to take my children and grandchildren back to the health center."

I saw on TV that there have been many measles cases and many had died. I was afraid that my children would also get the measles. That's when I decided to take my children and grandchildren back to the health center. — Shirly Mendez

UNICEF is supporting the Department of Health to respond to the measles outbreak and to make sure that all parents and caregivers are informed about how importance vaccines are. UNICEF is working through multiple channels and partners to protect children's health in the Philippines, including:

The UNICEF Philippines immunization program is supported by Al Waleed Foundation and by individual donors to the Champions for Children program.

Top photo: In the Philippines, misinformation about the safety of vaccines prevented Shirly Mendez, 41, from vaccinating her youngest daughter, Anika. A UNICEF-supported public information campaign convinced her that immunization is an important part of keeping her children healthy. © UNICEF/UN0296814/Noorani