Not Forgotten: Parents of Abducted Children Refuse to Give Up Hope

Five years ago, 276 schoolgirls were kidnapped from their school in Chibok, Nigeria by Boko Haram militia. One hundred are still missing. These girls, a symbol of the ongoing brutality in conflict-torn northeastern Nigeria, represent a fraction of the more than 3,500 girls and boys abducted by armed groups since 2013. Many are still in captivity or missing.

The world may have forgotten about these kidnapped children, but their parents and families have not. Neither has UNICEF.

"When I think of my daughters, I shed a tear and say a prayer for their safe return," said Ali Mustafa (above). He lost three of his daughters when an armed group attacked his village in Mafa four years ago. His oldest daugher, Babagana, was 15 at the time. His youngest, Falta, was only 10. He speaks fondly of his girls. "Seeing other girls about the same age or same height, playing the same games, reminds me of my girls." Habi Usman's son was abducted four years ago from Konduga. "We were close, my son and I," she said. "He used to help around the house, wash clothes, run errands and fetch water. I miss him when I am doing the errands now, all on my own." Today, she is raising her two youngest children alone in a camp for the internally displaced. © UNICEF/UN0298291/Kinzli 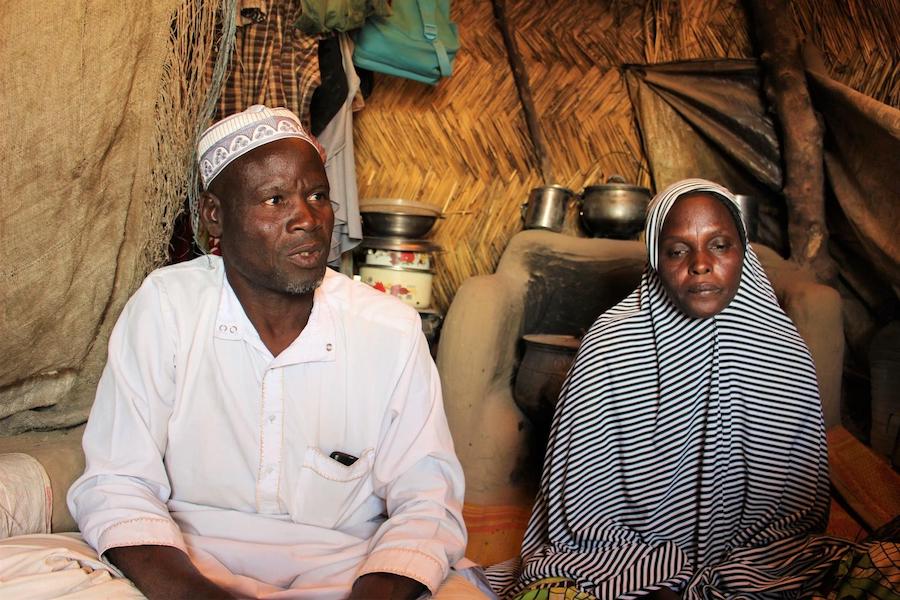 "Boko Haram attacked my house, the fighters put a gun in my ear and threatened to slaughter my wife in front of my eyes if I didn't give four of my daughters away," said Kadir Kamsulim. Their daughters were married to the fighters on the spot and then taken away.

"The girls were close to the age of getting married. I had told them they should choose husbands they love. I wasn't going to pick husbands for them. It makes the memory of the abduction even more painful," said Kamsulim. Nearly three years after the incident, his wife still suffers from hypertension and anxiety. "I am sad too, but I need to comfort my wife and I cannot show my pain." © UNICEF/UN0298230/Kinzli 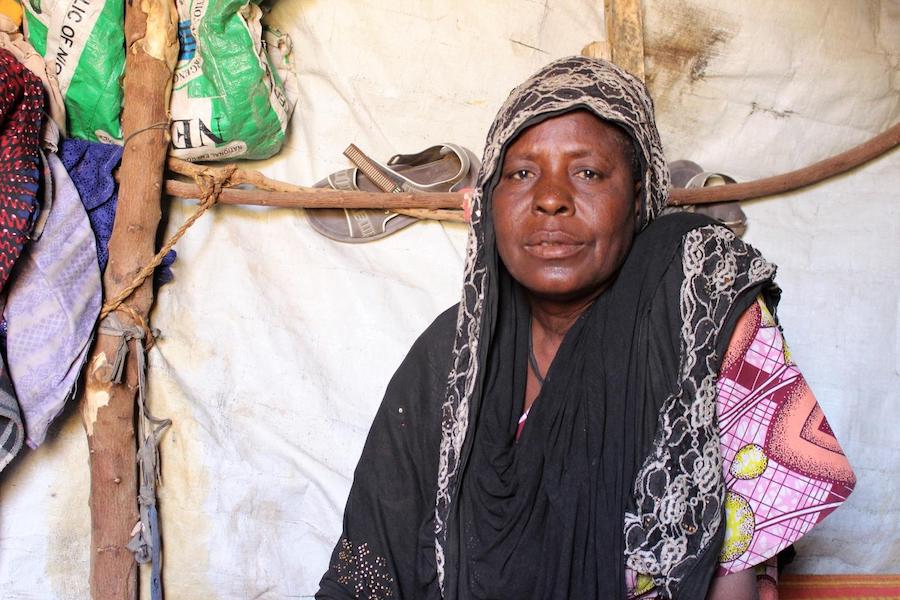 "When I am all alone, I am scared that the boys will come back, indoctrinated by Boko Haram, and will kill me," said Hadiza Garba. Her husband was killed and three of her sons were taken by fighters when the armed group attacked her village in Dikwa.

"I hope that, no matter what, and what they might have done, they come back and everyone — the emir, the elders, the whole community and the family members — accept them back. My boys are not bad people. If they come back, I'll accept them," said Hadiza. © UNICEF/UN0298279/Kinzl 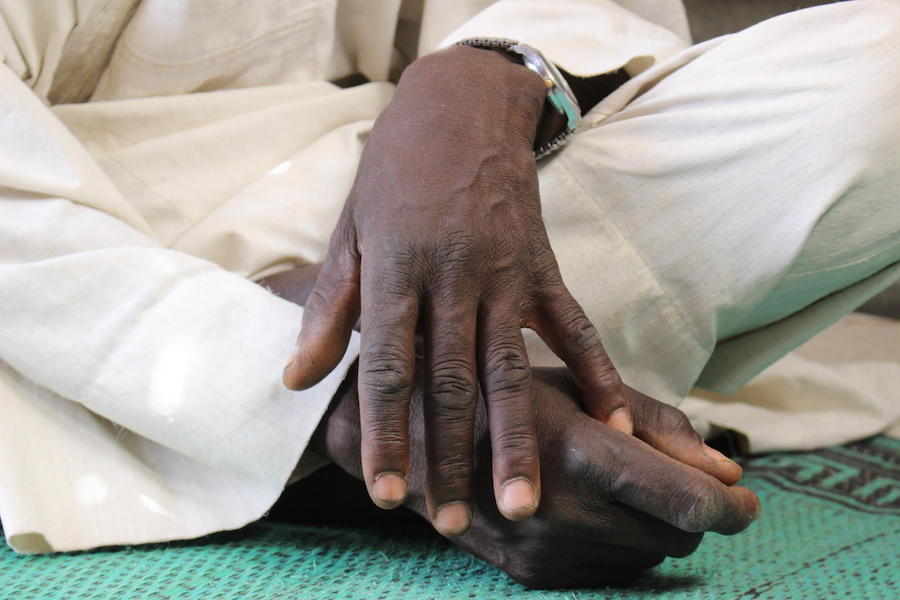 "If there is a way to reach out to my girls, I would like to tell them that I am here, waiting for them," said Yarima Adam. His 11- and 12-year-old daughters, Falmata and Aisha, were taken five years ago by armed fighters. He hasn't seen them since. "I don't know where they are. Only God knows." © UNICEF/UN0298229/Kinzli UNICEF works closely with the Borno State Ministry of Women Affairs and Social Development and partners to support children who have been rescued or have escaped from captivity. The work is funded by the governments of France, Japan, Norway, Switzerland, United States and the European Union Trust Fund. © UNICEF/2016/Naftalin

Helping children return to normal life after their horrific experiences is a long and complex process. In 2017 and 2018, UNICEF and partners provided community-based reintegration services to more than 9,800 people formerly associated with armed groups, as well as vulnerable children in communities. These services help to trace children's families, return them to their communities, and offer psychosocial support, education, vocational training, informal apprenticeships and opportunities to improve livelihoods.

"Children should feel safe at home, in schools and on their playgrounds at all times," said Mohamed Malick Fall, UNICEF Representative in Nigeria. "We are calling on the parties to the conflict to fulfill their obligations under international law to end violations against children and to stop targeting civilian infrastructure, including schools. This is the only way we can begin to make lasting improvements in the lives of children in this devastated part of Nigeria."

Top photo: Three of Ali Mustafa's daughters were abducted when an armed group attacked his village in Mafa, Nigeria in 2015. He still prays for their safe return.  © UNICEF/UN0298286/Kinzli