A Mother's Story — What Parents Need to Know About Trafficking 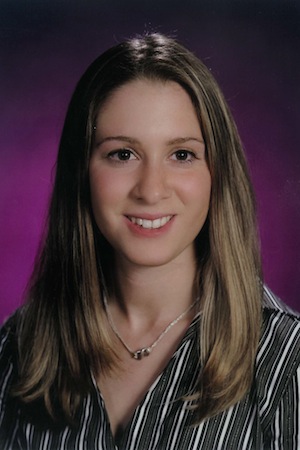 Danielle was 17 years old, a freshman at Northeastern University, when she met the trafficker who forced her into two years of sex slavery. Her mother Jamie spoke with UNICEF USA about the factors that made her daughter vulnerable — and what parents need to know about trafficking in the United States.

Describe your relationship with Danielle at the time she went off to college.

Jamie Chesman: We definitely had some mother-daughter angst. She didn’t always give me a lot of information about her life or interests. I think that a lot of our daughters feel like they’re ready before they’re ready — she definitely felt that way. We dropped her off, carloads full of things from Bed Bath and Beyond, bedspreads and books. I think she was ready to test herself and see what was going to happen.

Life was never the same after that. It didn’t take very long for the streets to swallow her up.

Whether it was just that she was vulnerable or looked very young … I think she looked like a person that somebody could get over on easily, and she was tricked.

How did the deception occur?

Chesman: Someone made an introduction. She was invited to a party, and when she went, nobody was there, only this one guy answered the door.

He said she must be confused or it’s a different day, but I’m about to go out for dinner — why don’t you come and join me.

He made it seem really innocent, off the cuff, and she went.

The next day or two, there was lots of attention — would you like one of these or have you ever tried that before — just a nice guy being thoughtful and nice.

What kind of person was he?

Chesman: What I know is that he was a lot older — maybe twenty years — that he came across as being sincere and nice, and what could be bad? Not threatening, not frightening, no yelling and screaming, just interest and curiosity and conversation, and she went with it.

And how long did it take until your daughter, basically, disappeared?

Chesman: She started college in September and was out of touch with me by December or January. 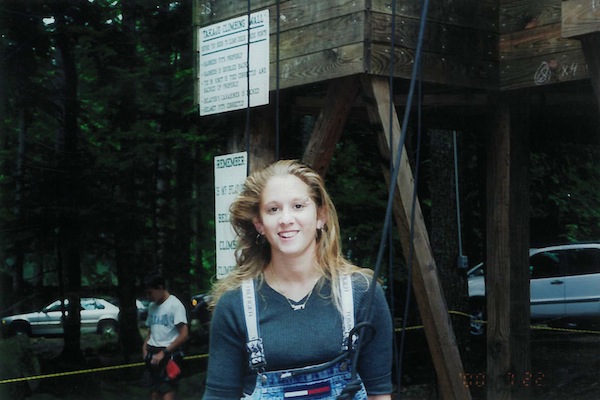 Danielle Douglas, shown here in high school, was 17 years old and a freshman at Northeastern University when she met the trafficker who would force her into two years of sexual exploitation. Photo courtesy of Jamie Chesman.

And what was she doing?

Chesman: Working eighteen hours a day. Sometimes she was on the street, waiting for somebody to show up on the corner. Other times she was on call for various escort service companies, and she would go to the places she was told.

What kept her there? How did he hold on to her?

Chesman: The fear of violence, the fear of being killed. If she got out of line, she would be slapped across the face or thrown across a room or strangled.

People think: Why not just leave, walk out the door and go? But the fear that a pimp puts in a trafficked kid is unbelievable. Danielle was sure that he would come after her and kill her.

Tell me about the process of recovery.

Chesman: Surviving the sex trade doesn’t happen quickly. It takes the patience of your family. It's traumatic, it's sad, it's a heartbreak. Finding a way to survive, and in my daughter’s case, to survive and tell, has been a long hard process.

It comes in baby steps; it took four or five years for her to really begin to emerge again as the person she had been as a child, to believe in herself and to even consider talking about this out loud.

For me there is a deep sadness that really won't ever stop. To see your baby live through this, to know that this happened, and I couldn't make it go away.

What would you tell other parents about trafficking?

Are there warning signs?

Chesman:  Yes — your child isn’t talking to you or your child is angry at you, but those are also the same signs that adolescents in any circumstance are going to demonstrate.

I’m not an expert. I don’t want to throw out a list you might find in a psychology book, but looking back, there was a sense of tension that I wasn’t able to bridge. I couldn’t bridge the gap to convince my own child that she had my full attention and love all the time.

Why did you and your daughter decide to speak out?

Chesman: For her it’s, I’m sure, a way to heal. For me, it’s a way to stand proudly behind her and let other people know that I’m not ashamed of her, that this happened and she was victimized and it isn’t her fault. I am so proud of her for what she is doing now.

We need to stand strong and tell people that this is going on in our own neighborhoods, tell people to take notice and make this stop.

Click here to read more about how to end child trafficking.