Getting Kids Back to School in Iraq

With fighting in Mosul over, displaced families are returning to the city — and their children are back to learning, with UNICEF's help.

In war-torn Iraq, the battle for Mosul, the country's second largest city, has come to an end. Families who were displaced by years of violent conflict are returning home. But swaths of the city they are coming home to have been reduced to rubble.

West Mosul was particularly hard hit. Every block holds at least one pulverized house or building, and many others pocked with bullet holes. In the Old City, little remains beside the craters and crumpled vehicles.

Many schools are damaged if not completely destroyed. A critical component of UNICEF's response is to help get those schools up and running again, so that kids can get back to learning — an integral part of healing for them and the whole community. 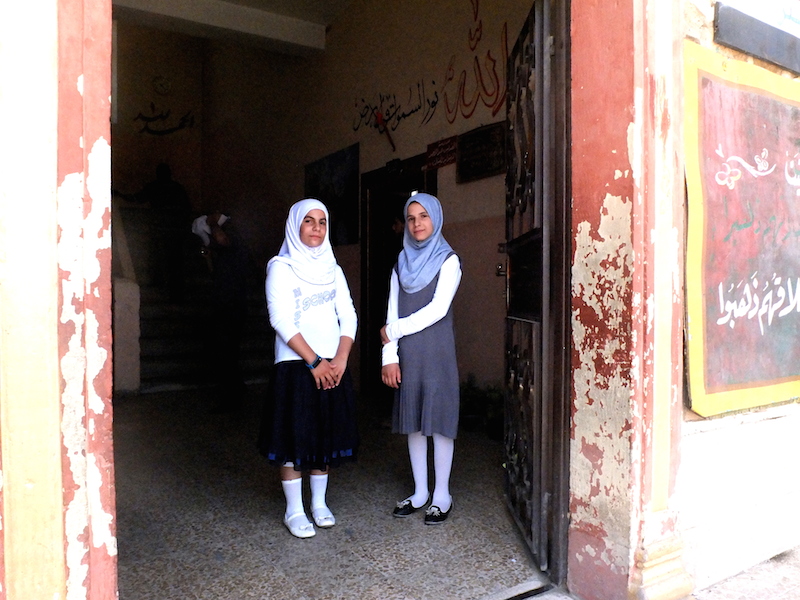 One school that is receiving UNICEF support is the Saint Abdul Ahed School for Girls, in the Al Risala neighborhood, set back from a traffic-choked street lined with battered buildings. During a recent visit to the school, located across the road from a now-destroyed convent, boys and girls run through the yard in between classes. The heat is intense. There is no running water or electricity.

Yet classrooms are overflowing with students, many of them studying there temporarily while their own schools are repaired. They are attentive and engaged, straining to raise their hands higher than everyone else so the teacher will call on them. 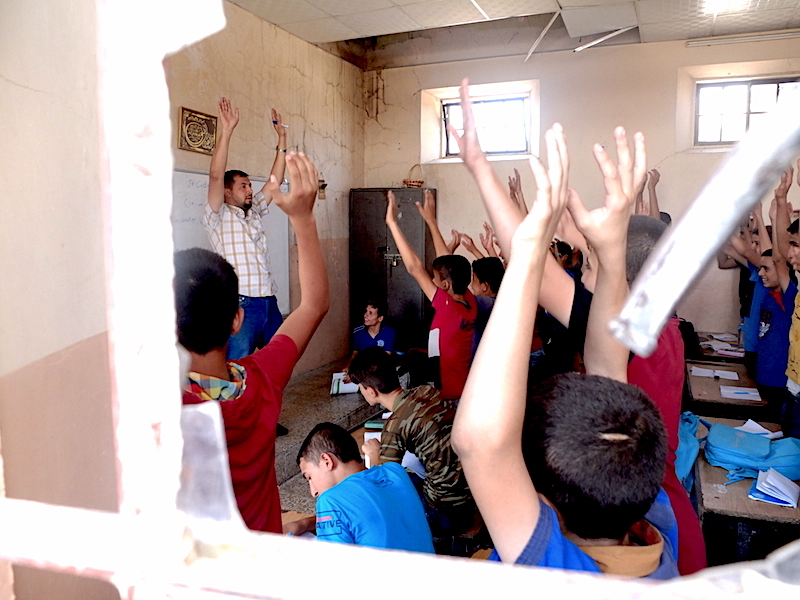 An afternoon English class at Saint Abdul Ahed School for Girls, where hundreds of boys were taking lessons while their own damaged schools were undergoing repairs. © Sam Kimball/UNICEF USA

The director of the school, Dhakriyat Mahmoud Husein, says her staff hasn't been paid in three years. Many have used their own meager savings to provide basic supplies. Conditions have improved since UNICEF stepped in, delivering desks and backpacks full of learning materials.

Rawan, 11, describes the overwhelming fear she felt during the three-year occupation of her city by Islamic State (IS) militants, and the ensuing fight to free it. For her, returning to school at Saint Abdul Ahed isn't just about returning to a semblance of normalcy. It is also her national duty. She answers a reporter's questions with gentle composure, her voice firm: "We have to learn to develop our thinking so we can build our future, and our country," she says.

For her classmate Rawia, 11, education is a way to break the cycle of violence that has enveloped Iraq for so long. "With this education, I want to become a surgeon," she says with a smile, "so I can heal the people who lost limbs in the fighting, the ones who were wounded, so they can get better."

The kids are overjoyed to come back. Education heals.

A school, even a damaged one, is a place of rejuvenation for children traumatized by war, Director Husein tells me. "The kids are overjoyed to come back," she says. "Education heals." Having taken in students from numerous other schools that remain shut, Husein now manages more than 1,100 girls across 12 classes, with only 17 teachers. In addition, hundreds of boys were coming in this summer to take lessons in the afternoons.

Sofian, 15, is one of those boys. Until he was welcomed at Saint Abdul Ahed, Hashim missed two full years of his education. He felt he had no choice but to drop out when IS took control of his school — the Al Qahtaniya School for Boys, located several neighborhoods away — and installed their own curriculum. "IS teaching was about killing and execution, training with weapons," he recalls. With IS gone, Sofian plans to eventually return to his old school, which an airstrike left partially wrecked.

UNICEF has been working with partner organizations to rehabilitate schools, prioritizing those that can be fixed quickly. As a result of these efforts, 100 schools have reopened in western Mosul in the last two months, serving 75,000 students. Many of these reopened schools are overcrowded, going well beyond their usual enrollment. 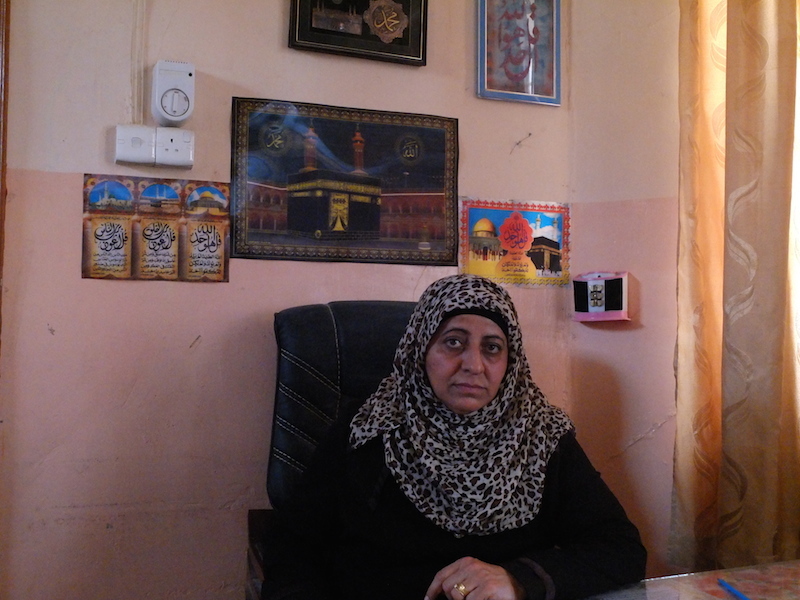 Dhakriyat Mahmoud Husein, Director of the Saint Abdul Ahed School for Girls in West Mosul, discussed the challenges of overcrowded classrooms and limited resources during a recent interview at the school. © Sam Kimball/UNICEF USA

Dangers remain. "Improvised explosive devices (IEDs) are a big challenge," says Laila Ali, a communications specialist with UNICEF Iraq. "Much of West Mosul is still contaminated. A lot needs to be done to make sure children stay safe." UNICEF is conducting mine risk education in schools in displacement camps outside the city, teaching children what IEDs look like and what they can do to protect themselves.

UNICEF is also expanding psychosocial support services to help children who are suffering from emotional and psychological stress. This also entails building relationships between social workers and individual teachers, to better identify children with traumatic stress.

At a time of such extreme instability for Mosul's children, the benefits of schools can't be overstated. "Just putting on a uniform and a backpack and walking to school can give predictability," Ali says. "Playing with classmates is an outlet for stress."

There are many stories of children affected by the horrors of war — and how school has helped them get back on track. Basem, 14, describes how his brother's friend reacted after seeing an airstrike. "His speech became quick and broken after that," he says. "But when he finally went back to school, little by little, his speech returned."

We are doing everything we can, but our resources are thin and we are overstretched.

With many parts of Iraq still in crisis — and 1.2 million children in the country out of school — the needs are great. "We are doing everything we can," Ali says," but our resources are thin and we are overstretched."

If the international community fails to prioritize and advocate for education in Iraq, the consequences could be dire, she adds. "If they don't invest now, a whole generation of Iraqi children could be lost."

Take action in support of legislation that encourages the U.S. government to make education a priority for children uprooted by conflict and crisis. Click here to contact your senators and urge them to cosponsor the Protecting Girls' Access to Education Act (H.R. 2408 / S. 1580).