When Emma Kathleen Hepburn Ferrer takes the stage at the UNICEF USA Gala in Atlanta on April 24, she'll be paying tribute to the legacy of her grandmother, the iconic actress and dedicated children's rights advocate Audrey Hepburn. Named a UNICEF Goodwill Ambassador in 1989, Hepburn traveled the world meeting some of the world's most vulnerable children and raising awareness for UNICEF's programs until her death in 1993.

Below, Ferrer, 25, shares some stories from her grandmother's life and explains why she herself is passionate about UNICEF's important work on behalf of children around the world.

Your grandmother's lifelong support for UNICEF was rooted in her own personal history as a refugee child after World War II. Can you tell us how her early experiences influenced her commitment to helping others and her abiding affection for UNICEF?

EMMA FERRER There is so much history in my grandmother's life that people don't know about. I think it's important that people understand that her own personal history was closely tied with UNICEF. It was the first UNICEF agents that were assembled in 1946 who pulled her out of this terrible famine [in the Netherlands] after the war and really saved her lfe. She felt she owed her life to UNICEF and that drove her to help others. I think that she saw what she did earlier in her life, her acting and modeling career, as a means to get to a place to where she could really make a difference and draw people's attention to the importance of helping the world's children.

She felt she owed her life to UNICEF and that drove her to help others. 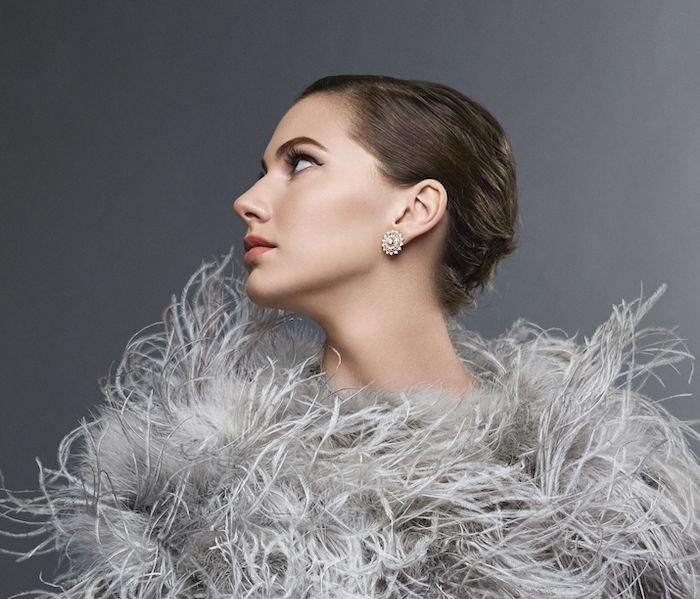 Are there any stories about your grandmother's tenure as a UNICEF Goodwill Ambassador that stand out in your mind?

EMMA FERRER I think when my grandmother went out into the field, she saw herself in those children she met, and those mothers also. She was the first celebrity to do anything like this, but she was also the first public figure who would go to these countries and not just say hello to the children or greet the mothers. She would really pick them up and cradle them and kiss the mothers' hands. She was really physically involved. I think it demonstrates really well how personally she took all of that and how she wanted to be involved in a very personal way.

When my grandmother went out into the field, she saw herself in those children she met, and those mothers also.

Looking at photos of her in the field, it doesn't seem like she thought of herself as a glamorous movie star.

EMMA FERRER American Photo magazine was doing a special issue on celebrities and their favorite photos ever taken of them. She chose this photograph that had been taken by Josh Isaac, who was the United Nations photographer for many years. He accompanied my grandmother on all of her mission trips and photographed her in refugee camps and in the field. She chose this beautiful picture of herself with a Ethiopian child on her back [below]. It's just a really wonderful picture. She looks very old in the photo and she has all these wrinkles, and they chose this photograph for the story and they sent her a draft of the article. They had really Photoshopped her face and made her skin look very taut, like she had had Botox. And she wrote them back immediately and said, "Don't you dare Photoshop my wrinkles out. I've earned every single one of them."

I think that's just such a wonderful example of her selflessness, in terms of her appearance and her lack of ego. I feel like all of the hard work in her life had brought her to that point and it was this pinnacle moment where she felt like she was fulfilling her true purpose. 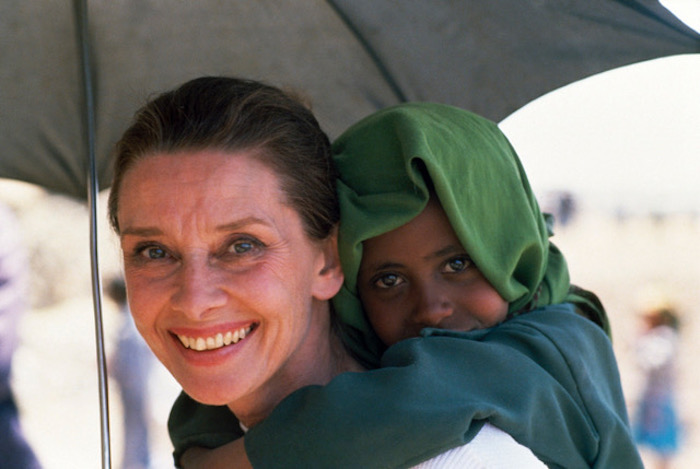 UNICEF Goodwill Ambassador Audrey Hepburn loved this photo of herself with a young friend in Ethiopia. "Don't you dare Photoshop my wrinkles out," she warned American Photo magazine before the photo's publication. "I've earned every single one of them." © UNICEF/Isaac

Global migration will be a theme at the Atlanta Gala. What do you think Audrey's thoughts would be on that subject?

EMMA FERRER That's the first cause that I became personally invoved with, doing volunteer work and making personal donations. I think I felt so drawn to it on such a personal level because I was living in Europe at the time and seeing all these photographs of children washing up on the shore dead. You see these tiny bodies on beaches. Those photographs have been burned into my mind, little hands sticking out of jacket sleeves, little feet. I've made artwork about it because I was so moved by it.

It's just such a strong visual example of what happens to innocent children in war. My grandmother came back from one of these trips and she was being interviewed at a big press conference. She was asked, "What does your visit to a country like this say about your political views or your religious views?" And she just replied promptly, "There is nothing political about the life of a child."

She said that we have to stop politicizing our humanity and start humanizing our politics.

She said that we have to stop politicizing our humanity and start humanizing our politics. I think today, people are so quick to involve politics when we're talking about saving the lives of the innocent. Children don't decide who should be at war with whom and who should be fleeing where. It's the adults.

I think that she would say that all these children need to be saved and protected no matter where they're from and no matter what the religious views are of the country that they're coming from. This is just a sheer matter of survival of the children. 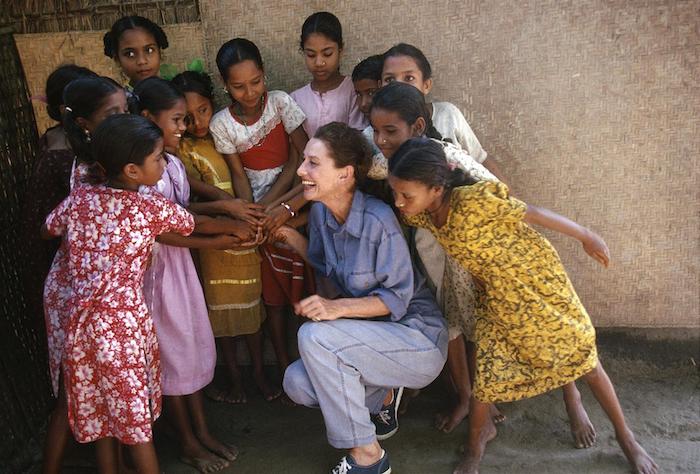 UNICEF Goodwill Ambassador Audrey Hepburn laughs with girls during a visit to Bangladesh in 1989. © UNICEF/UNI40127/Isaac

You've been doing an amazing job of carrying on your grandmother's legacy, continuing the tradition of speaking out on behalf of children. You've stuck by UNICEF for so long. What does the legacy mean to you?

EMMA FERRER I have wondered to myself, why do people care about what I have to say about children's rights? I think the answer for me has to be deeper than just because I'm the granddaughter of Audrey Hepburn. I think it's so important to have a history and a legacy that you want to carry on in your family, whether you're famous or not. I know people in my generation who are descended from Jews in the time of the war who have made it their personal mission to educate others about what happened in the war, or who want to help people in similar situations.

I want to carry on her work just to make her happy, and so that she could be proud. I also think it could inspire people to wonder what message they want to carry on, whether it's connected to their own family history or not.

I think it's so important when there's a legacy, where there's something that stands the test of time. And I think that the values that she promoted certainly did.

For over 70 years, UNICEF has been putting children first, working to protect their rights and provide the assistance and services they need to survive and thrive. With a presence in 170 countries and territories, UNICEF has helped save more children's lives than any other humanitarian organization in the world.

Top photo: UNICEF Goodwill Ambassador Audrey Hepburn visited children at a school in Bangladesh in 1989. Hepburn herself was no stranger to childhood suffering and deprivation. "I have a long-lasting gratitude and trust for what UNICEF does," she said. "I can testify to what UNICEF means to children, because I was among those who received food and medical relief right after World War II." © UNICEF/UNI40126/Isaac