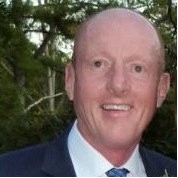 Based in Atlanta and NYC, David Nethero is President of Nethero Management Company which is actively involved in high potential start ups. In addition he is a founding member and co-chair for the Atlanta chapter of Golden Seeds. He has been a Managing Director of Golden Seeds since 2012. Golden Seeds one of the largest angel investor network in the US with over $100M invested to date in women founded or lead start up companies.

In 2001 David joined his wife Susan in the management of Intimacy, a retailer specializing in Bra Fitting and during the next decade grew the business to 18 flagship stores nation wide.  In 2012 they sold the company and remain on the Intimacy Board as minority share holders and play an active role as advisors and ambassadors for Intimacy.

Prior to Intimacy, David had 25 years business and marketing leadership at Dow Chemical, Union Carbide, Amoco and British Petroleum.