With the country reeling after two years of war, UNICEF calls for a massive scale-up of the humanitarian response.

We sleep afraid, we wake up afraid and leave our homes afraid.—Kholud,15

This is life in the war zone that is Yemen, where fear and deprivation have become the new normal.

Two years have passed since conflict first erupted, displacing millions and sending the country into a spiral of despair — and conditions are only getting worse. Children continue to pay the heaviest price while families' coping mechanisms are stretched to their limit. Nearly 10 million children are in need of humanitarian assistance.

Even before the war, childhood was a struggle in Yemen, the Middle East's most impoverished nation. And after two years of airstrikes and violent chaos, the country's water and sanitation infrastructure has been decimated, more than half of all health facilities are no longer functioning and social support systems have all but collapsed.

Close to half a million children suffer from severe acute malnutrition, a 200% increase since 2014. The country is one of four, along with Nigeria, Somalia, and South Sudan, where the true threat of famine looms. An outbreak of cholera — a waterborne disease that flourishes in unsanitary conditions, causes severe diarrhea and dehydration and can kill quickly if left untreated — continues unabated. 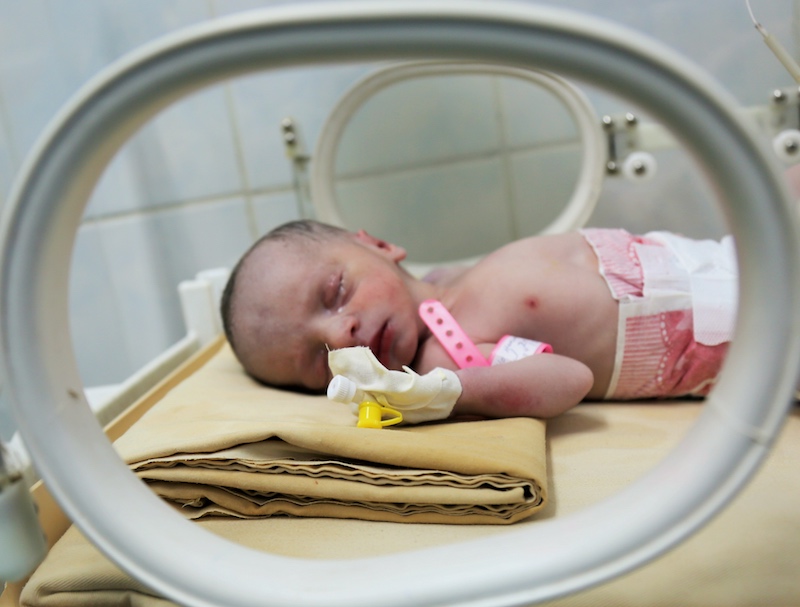 A prematurely-born infant lies in an incubator at Al-Thawra Hospital in Sana'a, Yemen. After two years of conflict, the country's health system is on the verge of collapse, and 2.2 million children are malnourished. © UNICEF/2017/Madhok

Families are eating much less, opting for cheaper food or skipping meals. Four out of five families are going into debt just to feed their children. Half the population lives on less than $2 a day. Half of all children are stunted. As families grow increasingly desperate, more and more young girls are being married off. Young boys are being recruited to fight. For these children, school is a distant memory; childhood is over.

UNICEF is already working with partners to provide food, clean water and health care, including vaccines and malnutrition treatment and prevention. Efforts are underway to repair schools, set up temporary classrooms and provide educational materials to get kids back to learning. Despite extremely challenging working conditions and funding gaps in 2016,  UNICEF was able to reach millions of the most critically affected children and families.

But this is not nearly enough. 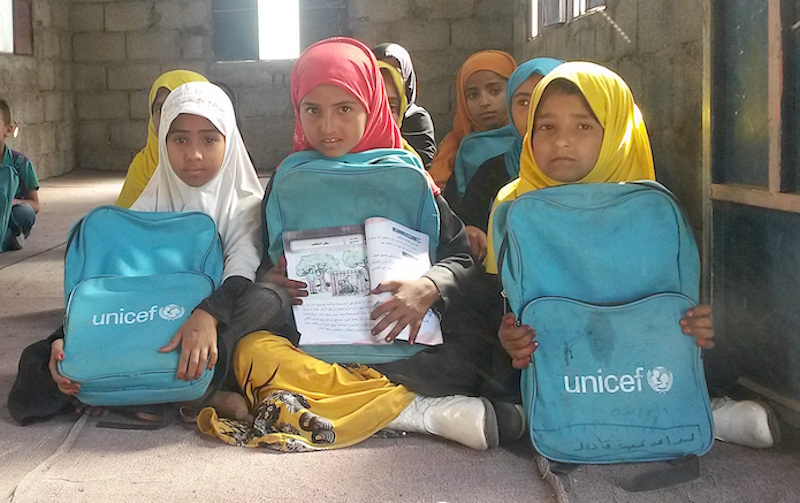 On behalf of the children of Yemen, UNICEF is appealing for an immediate political solution to the war and a massive scale up of the humanitarian response.

Help UNICEF protect the children of Yemen and other conflict-torn countries.

Read the full UNICEF report: Falling Through the Cracks — The Children of Yemen. [PDF]

Top photo: A child suffering from acute malnutrition is screened by a doctor in Bani Al-Harith, Sana'a, Yemen. © UNICEF/2017/Alobidy