UNICEF is working closely with local authorities to provide lifesaving assistance to families desperately in need as a severe drought takes hold.

For two straight years, the rain has refused to fall in Ethiopia. Water wells are dry; crops and livestock are dead and dying. In the lowland regions — Afar, Oromia, The Southern Nations, Nationalities, and Peoples’ Region (SNNPR) and Somali — drinking water is in short supply and food security is deteriorating rapidly.

Ethiopia's worst drought — part of a region-wide climate-induced crisis in the Horn of Africa, the worst in 40 years — has pushed families to the brink.

"The impact of the drought on children is devastating," said Manuel Fontaine, UNICEF Director of Emergency Operations. "Drought not only means lack of water. It means that children are going hungry and thirsty every day."

Often, children have no other option than to drink from contaminated water sources, Fontaine added. "This leads to malnutrition and killer preventable diseases like diarrhea."

Malnutrition rates among children in Ethiopia are increasing at an alarming rate due to the drought. UNICEF estimates that as many as 600,000 children will require treatment for severe acute malnutrition by the end of the year across Ethiopia's four drought-impacted regions.

"This climate-induced crisis is a malnutrition crisis for children and not just in Ethiopia but across Africa," Fontaine said. 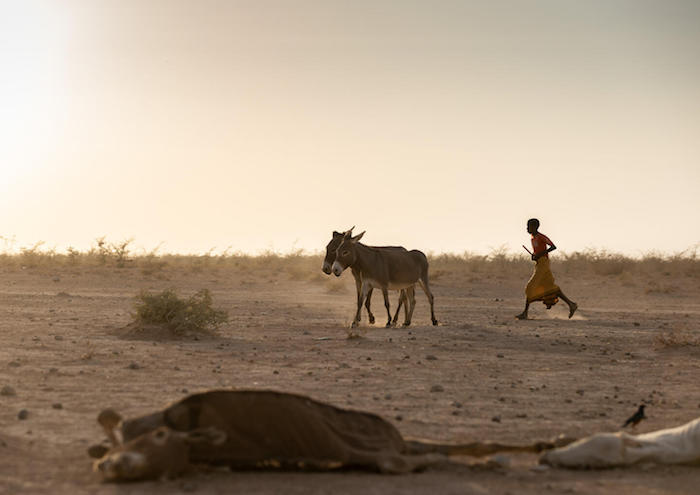 Cows, sheep, goats, camels and donkeys are dying in the fields from the lack of food and water. For many, losing livestock means losing their livelihoods.

The situation has triggered a wave of displacement out of affected areas. In Somali region alone, more than 900,000 people have been displaced.

Just one month into the long dry season (Jilaal), Hafsa Bedel of Sagalo village, in Kebridahar woreda of Ethiopia's Somali region, had already lost 25 goats and sheep and four camels.

"There is no pasture, and our animals are suffering," said the mother of six. "I can’t afford to feed them corn. We don’t even have enough for us.”

Bedel is struggling to save the lives of her family's remaining camels, keeping them close to home so that her husband can bring water from a birkah (water well) where the government rations water. “If I let [the camels] go, they wouldn’t find food and water," she said. "They are still young.” 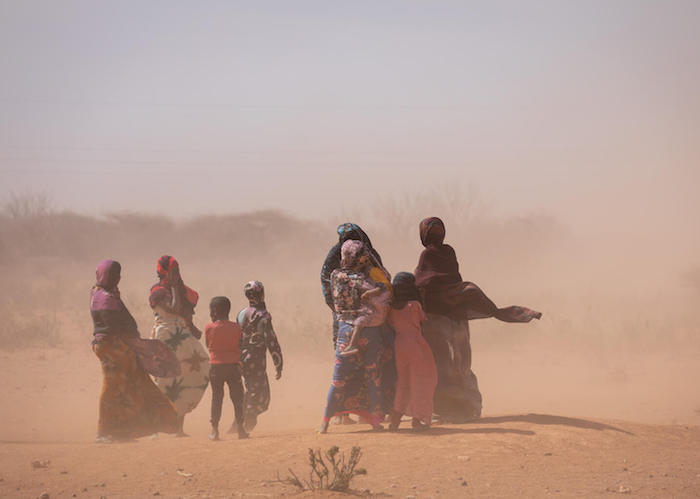 In Somali and Oromia, two of the hardest hit regions, dust is everywhere. More than 155,000 children in Somali and Oromia have dropped out of school so they can help fetch water — often traveling long distances — or look after other children while their caregivers try to find water for their families and cattle.

Children who are out of school are at risk of exploitation as families are pushed into dangerous coping mechanisms. 10-year-old Bukhari Aden runs after his family's camels after the animals find water near Beda’as kebele, Shebele zone in the Somali region of Ethiopia. © UNICEF/UN0583967

UNICEF is working in close coordination with local authorities to to reach children and families in drought-impacted regions of Ethiopia with urgently needed support, including treating severely malnourished children with Ready-to-Use Therapeutic Food (RUTF) and improving access to safe water, sanitation and hygiene services. 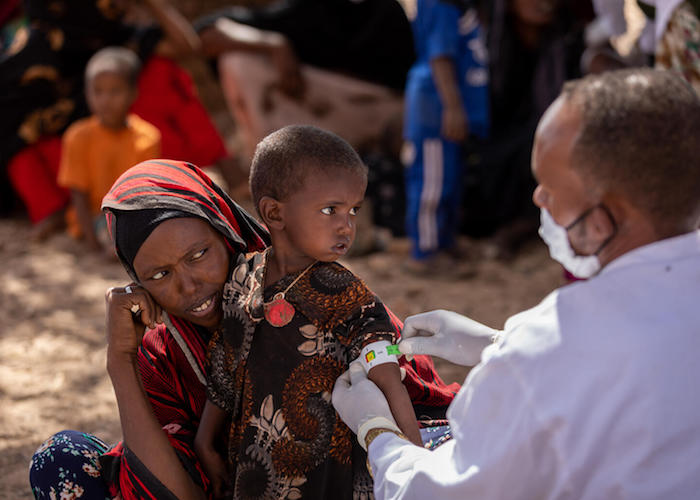 At a UNICEF-supported mobile health clinic in Barare village, Higloley woreda, Somali region, Shamis Dhire looks on as a nurse measures her 2-year-old daughter's mid-upper arm circumference. She is being treated for malnutrition.

UNICEF is appealing for support to help scale its emergency response in Ethiopia and across the Horn of Africa. Please donate today.