Would You Brave Venomous Snakes for Safe Water? Far Too Many Girls Do | UNICEF USA

Would You Brave Venomous Snakes for Safe Water? Far Too Many Girls Do

Learn how UNICEF helped thousands of children in Guinea get clean water — safely and without fear.

"Every night when I came home from school, I’d get water in the bush under some bamboo. This place was very far from the house, and I was sometimes afraid to go because of the snakes and other dangerous animals, but I had no choice," says Seny Lamah, 12, in Yalenzou, Guinea. 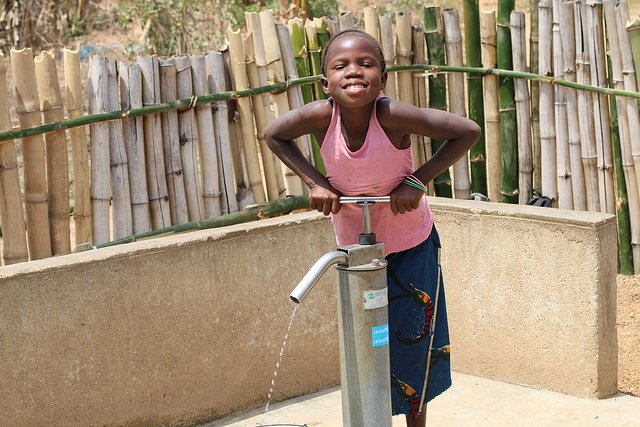 After UNICEF drilled a well in her remote village, Seny Lamah, 12, no longer has to brave "snakes and other dangerous animals" to get clean, safe water. ©UNICEF Guinea 2016/ Mohamed Saidou Diallo

Women and girls, who usually fetch water for their families, are disproportionately affected when there's no water source close to home. Frequently, they have to walk a long way, then trudge home heavily laden with water jugs.

But proximity to safe, clean drinking water is essential for Guinea’s children, their families and their health. Unfortunately, in 2012, over 2.5 million Guineans — many of them children — lacked access to safe drinking water.

But what do you do when mechanized drill rigs can’t reach remote rural villages to build urgently needed wells?

As a result, since 2013, UNICEF and its partners have created over 548 new water points in Guinea and rehabilitated another 499, including clean water and sanitation facilities in 250 schools. 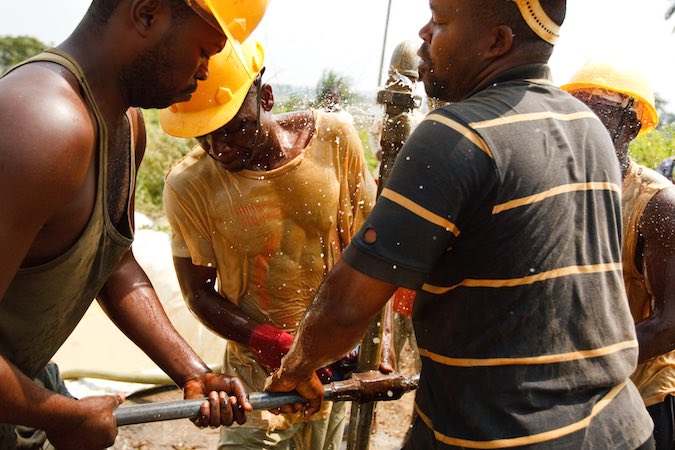 A local team of workers in the Democratic Republic of the Congo receive training in boring manual well holes like those UNICEF has drilled in Guinea. ©UNICEF Guinea 2016/ Mohamed Saidou Diallo

In one of the forested regions of Guinea that UNICEF targeted, several girls and mothers spoke about the impact of this innovative, well-drilling initiative.

"I always had a stomach ache because of the river water, but now we hear less talk about cholera or diarrhea. Since the construction of the well by UNICEF, we have clean water and are less sick," says Elisabeth Monèmou, 11.

"My daughter, Madeleine helps me with household work. After school, I used to send her to draw water from the village far away. This new well has changed our lives," explains Gobou Kolie in Lola, Guinea. The lives of Gobou Kolie and daughter, Madeleine (above), have changed dramatically since UNICEF drilled a new well in their village in Guinea. ©UNICEF Guinea 2016/ Mohamed Saidou Diallo

Universal and equitable access to safe and affordable drinking water is a basic right that all of us should enjoy, no matter where we live. But the needs of women and girls — and other children in vulnerable situations — require a special focus when it comes to providing safe drinking water.

How can you help secure this basic right in countries like Guinea across the globe?

Follow UNICEF USA on Facebook this month for more stories about how clean, safe water and adequate sanitation can save and improve kids’ lives. At the UNICEF USA Instagram page, find photos showing the impact of safe water on children around the world. Participate in the conversation about this important issue on Twitter.