The Women's Vote Is a Vote for Children

On the 100th anniversary of the 19th Amendment, a look at how women's suffrage continues to impact children's lives in the U.S. and abroad.

August 18th marks the centennial of the ratification of the Nineteenth Amendment, an event that has profoundly impacted our society. Women in the United States finally won the right to vote 100 years ago – with emphasis on the “won.” This was no small feat – amending the Constitution has only happened 27 times in our nation’s history.

As a first-generation American, I am the first in my family to be born with this privilege. As the first female in my ancestral tree with this inalienable right, it is a privilege that I have never taken for granted. It’s part of my DNA ingrained from early childhood to cherish and execute this right at every opportunity.

My parents immigrated from countries that did not – and still do not – consider women’s equality a priority. Growing up, when I would ask my mother her favorite part of becoming an American citizen, without hesitation, she would say her voting right, her power in having a voice to create positive change for our future — “Your future,” she would say. “Don’t worry Mamá, in a few years you won’t need to worry about my future because I’ll be able to vote for myself,” I explained one Super Tuesday. She smiled, and like many mothers, told me that I would understand “when I was older” and voting alongside of her.

One of my earliest memories is waking up at dawn like it was Christmas morning to remind my parents that it was Election Day! I adored going to the polls with my parents, pulling the lever to close the curtain on the voting booth.

One of my earliest memories is waking up at dawn like it was Christmas morning to remind my parents that it was Election Day! I adored going to the polls with my parents, pulling the lever to close the curtain on the voting booth. I remember asking for museum trips to voting exhibits and visiting various parts of New York State where many key historical moments took place, such as the Seneca Falls Convention. I attended the high school where Elizabeth Cady Stanton studied – a key Suffragette. At every school I have ever attended – including graduate school – I have made it a priority to run for student office and engage civically.

One of my happiest memories to date was during senior year of college. I drove ten hours to get home so I could vote for the first time next to my mother (as promised!). “Mamá, I’m home! Let’s go vote. Now it’ll be my turn, and you won’t have to worry about voting ‘for me,’ like you said!” Again, she smiled, as if we time traveled back to that Super Tuesday. “Yes, you can vote – but you’ll understand better when you’re older.” 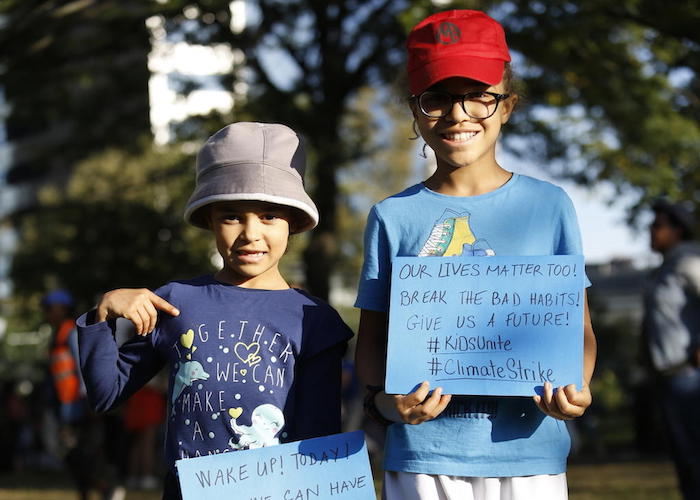 On September 20, 2019 in New York City, Ellie, 8 (left), and her sister Lena, 10, joined other youth climate activists at a demonstration calling for global action to combat climate change. © UNICEF/UNI207021/Chalasani

After college, I moved to the Middle East for humanitarian work. Many of my colleagues were from countries where being born female denies you many social freedoms. Living in that region of the world helped me see women’s segregated roles in society; the lack of equality was evident on a daily basis. When it was time for me to vote in another U.S. election, I was able to fly home to honor my constitutional right. Upon my return to the Middle East, my closest female colleagues were curious about acting on this right. Some were confused, some were in awe. Several were mothers who intensely described their aspiration of having that power — “For our children,” they would say. This sounded familiar, and I smiled. I let them know I was not taking this right for granted.

The right to vote is not just a privilege, it’s a responsibility that we carry with us throughout our lives to improve our nation – and truly, humankind. When we turn 18, we can uphold the most honorable obligation we have as citizens. And each voice counts.

On September 20, 2019 in New York City, youth climate activists joined in a demonstration calling for global action to combat climate change. Organizers estimated that 250,000 took to the streets in New York; similar actions took place worldwide, with millions turning out in more than 150 locations worldwide. © UNICEF/UNI207007/Chalasani

Voting is not just about choosing candidates or policies for one’s personal opinion or direct effects; it’s about shaping the next generation, being a voice for children. Our votes affect children in the U.S. and progress in universally recognizing children’s rights. It is this investment in the future that drove the suffragists towards change — a prophetic action, as later studies have shown the positive impact of enfranchising U.S. women on the human capital of the next generation.

Evidence indicates that women tend to put greater emphasis on child welfare and the public good. The United Nations views this gender-specific evidence as an essential part of human development in low-income countries, while the the World Bank has shown that empowering women leads to increased investment in children. Findings like these imply that women’s suffrage was a stepping stone to improving children’s education, decreasing the “achievement gap,” and focusing on policy outcomes benefiting children.

Evidence indicates that women tend to put greater emphasis on child welfare and the public good.

So where are we 100 years later? It’s strikingly different in some aspects, yet vaguely familiar in others. We are living through a pandemic that is disproportionately impacting minority communities, we are still fighting for gender equality and we are constantly advocating for a just and equitable future for the next generation.

In a recent UNICEF poll, 23% of children between the ages of 13 and15 say they are worried about not having access to quality education. For this reason and several other essential concerns, the UNICEF USA National Youth Council wrote to the presidential candidates to ensure a role for children and young people in future policy decisions. Their Vision for Children declaration articulates the demand for candidates to consider the welfare of children as “every single one of [their] futures will be impacted by the outcome [of the election].” These youth leaders believe every child has the right to participate in decision-making processes that impact their lives and that it is the obligation of our leaders to take children’s needs and priorities into account.

Children are 25% of our population, but they account for 100% of our future.

These demands are not far from those initially requested from the women in the Suffrage Movement. To be a suffragist is to be an advocate for children, who often lack opportunities to make their voices heard. The Women’s Suffrage Movement represents women’s rights, but it also represents children’s rights, which UNICEF honors through its child rights-based approach (and most recently in the newly launched UNICEF USA Child Friendly Cities Initiative).

The Seneca Falls Convention set out the Declaration of Sentiments, and over 100 years later, a motivating group of UNICEF child activists – the UNICEF USA National Youth Council – has joined together in similar fashion to the suffragists, to advocate with and for the world’s children, as they too grapple with generational injustice.

Children may not be able to vote on their future, but their voices are their votes, and we are the stewards of their seat at the table. The suffragists recognized that women — 50% of the population — had to fight to be included in their democracy. Today, children are 25 percent of our population, but they account for 100 percent of our future. 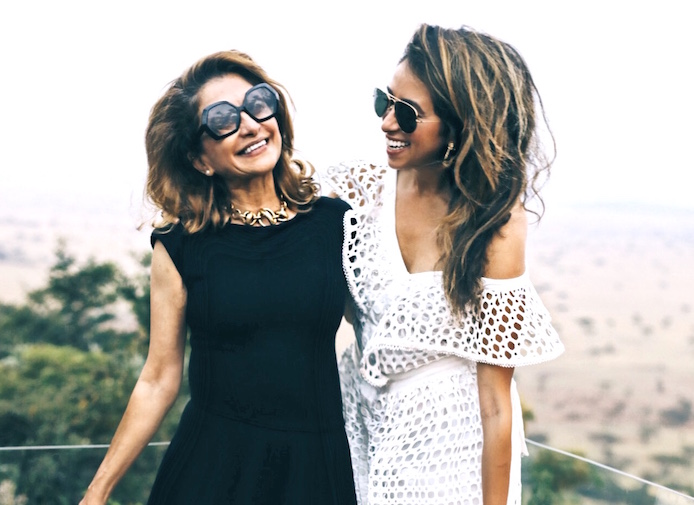 One hundred years ago, American women won the right to vote. However, we must not fail the underlying basis of the movement: democracy. A democracy that’s inclusive of all women and men being treated as equals does not exclude the next generation. We must neither disrespect nor forget how tirelessly those before us fought to give us a chance to act on our values. We must carry this mission onward so that future generations are included in the policy-making process.

In the upcoming elections, and all those that follow, I vote on behalf of others. I vote for the children my Middle East colleagues strive to support. I vote for our UNICEF USA youth that passionately demand positive change.

In the upcoming elections, and all those that follow, I vote on behalf of others.

Who do you vote for? Let’s join together in supporting our future generation – join me, along with the UNICEF USA National Youth Council, today in asking the presidential candidates to share their Vision for Children in the United States. Raising our voices today is our way to fight for future generations, honor our past trailblazers, and mobilize as a community in the present.

Visit UNICEF USA’s Civic Action Center to check your voter registration status, register to vote and find your polling location, so you can vote in the best interest of every child.

To my mother: Thank you for putting the deepest emphasis on education, teaching me the privilege of my voting civic duty, and for being my modern-day suffragette. And Mamá, I get it now — I’m finally older. I am looking forward to driving home and voting with you this November.

Top photo: August 18, 2020 is the 100th anniversary of the ratification of the 19th amendment guaranteeing women the right to vote in the United States. © UNICEF/Sophia Michelen