Why Birth Certificates Matter to Children Caught in Conflict

No child born in the Central African Republic since March 2013 has a birth certificate. That’s about 30,000 children living in the capital city alone without any legal trace that they exist.

Abigail was born in the midst of a coup d’état. It was March 2013 when a coalition of rebel groups took over the Central African Republic’s government and went on a rampage, destroying health centers, schools and government offices.

Every day, there was shooting and pillaging in the capital city, Bangui. Abigail’s mother couldn’t risk a trip to the mayor’s office to register her daughter’s birth. And anyway, the birth registry was soon destroyed by the rebel groups.

Nine months later, the conflict came to Abigail’s quarter. On December 5, Abigail’s family fled to the closest site for internally displaced people: a church-run training center with high walls and men from the neighborhood guarding the gate. Along with cooking pots and clothes, her family carefully packed up the two birth certificates of Abigail’s siblings.

It was an act of hope. Abigail’s parents (her mother is a vegetable seller, and her father is a security guard) knew that these slips of paper were essential for their children’s future once peace returned. With these certificates, the children could enroll in school and prove their age so that they were not recruited into the armed forces; they could get a passport to travel to other countries.

Gaston can enroll in school. Without a birth certificate, Abigail can't. (Even if the school does not ask for the birth certificate during enrollment, Abigail will not be allowed to sit for the primary school examination.) Gaston is protected against child labor, child trafficking and illegal inter-country adoption. And Gaston’s family could easily be traced if he became separated during the conflict, and he could be repatriated if he were a refugee.

Abigail doesn’t have the same protection. Abigail’s parents knew this, but they had more pressing concerns. The family’s house had been completely destroyed. Her father couldn’t work anymore. How would they buy food?

It was a relief this week when a volunteer came to their tent in the displacement site and offered to register Abigail. UNICEF and the government of the Central African Republic were holding a campaign to register children born between March 2013 and March 2014.

More than 30,000 babies will be registered during the 10-day campaign in the capital, Bangui, and the two neighboring towns of Begoua and Bimbo. It’s a start. But there are thousands of other babies throughout the Central African Republic who don’t have a birth certificate. UNICEF can’t stop until we’ve reached every last one of them.

Madeleine Logan is a communications specialist at UNICEF in the Central African Republic. She will be reporting from CAR for the next six months. 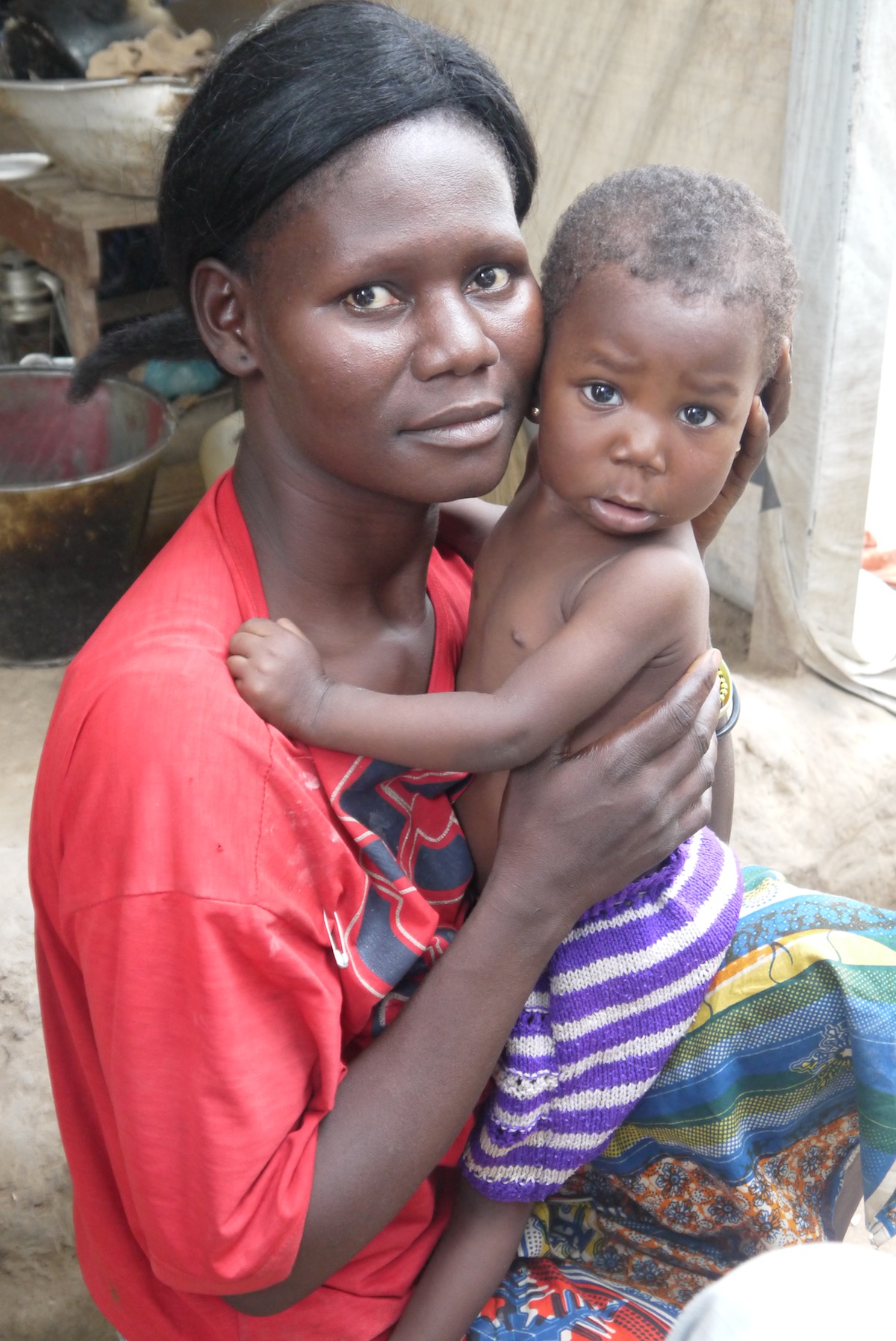 Abigail and her mother just after she had her birth registered. ©UNICEF/2014/Logan