UNICEF USA's Chloe Kay traveled to Malawi to document the impact of the UNICEF K.I.N.D. Fund, which provides school desks and scholarships for girls’ education. The mothers she met on her journey were overjoyed that their daughters would be able to fulfill their dreams.

I was fortunate enough to travel to Malawi in November with MSNBC’s Lawrence O’Donnell to document the amazing achievements of the Kids In Need of Desks (K.I.N.D.) fund. Over the last six years, K.I.N.D. has raised over $11.5 million to provide school desks and scholarships for girls’ secondary education.

A chair and a desk may not seem like much, but in Malawi, where 70 percent of children struggle to concentrate while sitting on the floor, it helps to create a learning environment that attracts, and keeps, eager young students. For Malawian girls, only 20 percent of whom complete their education, often due to poverty, a scholarship can mean the difference between early marriage and a chance to follow their ambitions. 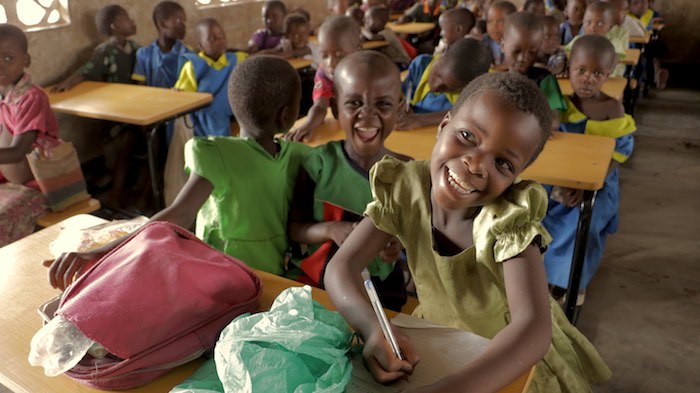 At Mlomba primary school, students use a desk to write for the first time. The school received 300 desks from K.I.N.D. campaign, through UNICEF Malawi. © UNICEF/Chagara/2016

I have a daughter. She is only five, but she already knows what she wants to be when she grows up. It shifts between ‘zookeeper’ and ‘veterinarian’, and will no doubt shift many times again. But I take it for granted that with a good public school system, hard work on her part, and my support, her ambitions are achievable.

For Malawian girls, a scholarship can mean the difference between early marriage and a chance to follow their ambitions

Not so for most girls in Malawi, where 71 percent of the population live below the international poverty line, and secondary schools charge fees. The last few years have been particularly tough for families due to drought and a drawn-out food crisis. With less produce to sell at market, there is no money to spare. Girls bear the brunt. Families often make the tough choice to educate sons over daughters. Yet, we know that girls who stay in education are less likely to be exploited, married or die in childbirth.

The K.I.N.D. scholarship program identifies girls at risk of dropping out of school due to poverty and funds all four years of secondary school, as well as their room and board, text books, sanitary pads, transportation, a school uniform and learning supplies.

We travelled to southern Malawi and visited four high schools where K.I.N.D. is providing scholarships. I met so many girls who are benefiting from the program. Like my daughter, they are all ambitious, smart, eloquent and proud of their learning. And they are well on the way to achieving their goals.

Alongside the girls, I met their mothers. These are women who never completed secondary school themselves, women who became mothers when they were young girls, women who farm the dry land to provide food for their families. Each mother I met is ambitious for her daughter and proud that her daughter is doing well at school. Mothers like Margaret (pictured below) showed me their rough and calloused hands to illustrate the tough lives they had led.

Without the scholarship, I would have dropped out of school because it is hard to study on an empty stomach.

Margaret's sister died recently, leaving her three more children to care for alongside her own; her husband is sick and unable to work. Margaret wants all of her children to be educated. She looked me in the eye, and with a smile on her face told me that her daughter Maureen (pictured below) will work hard, and with the help she has received through K.I.N.D., finish school and fulfill her dream to become a nurse. 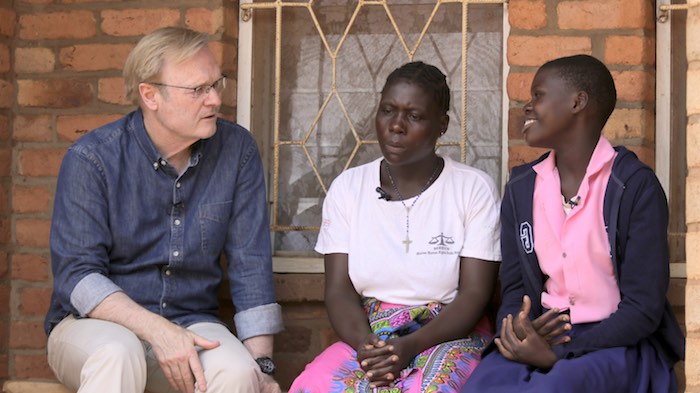 Maureen, a K.I.N.D. scholarship beneficiary, and her mother Margaret speak with Lawrence during a visit to Aldorata community school on November 24, 2016. © UNICEF/Chagara/2016

Grace, another one of the many girls gaining from a K.I.N.D. scholarship, is fifteen. She plans to finish school so she can go on to university to train to be a journalist. Grace told me that, “Without the scholarship, I would have dropped out of school, because it is hard to study on an empty stomach.”

When Grace’s father died, her mother struggled to pay school fees. On learning that Grace would be supported by K.I.N.D., her mother said, “I was so happy and filled with joy. This was a fulfillment of my long time hopes that my daughter would be educated.” All the mothers I met want nothing more than for their daughters to finish their studies and pursue their goals. Through the K.I.N.D. campaign, they have a real chance to do just that.

Click here to learn more about the K.I.N.D. Fund: A simple desk or girls' scholarship can make all the difference. 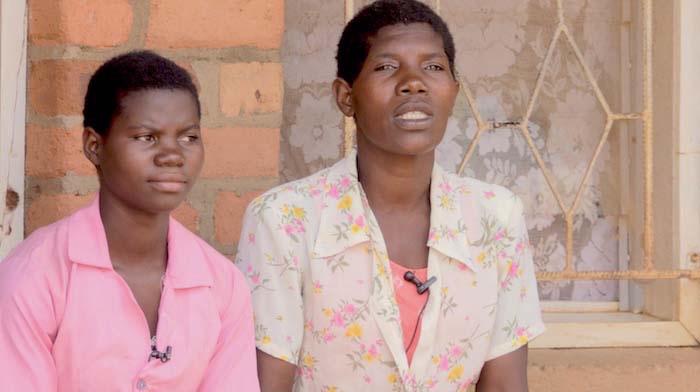 Grace (left) was a K.I.N.D. scholarship beneficiary. With the help, she hopes to go on to study to be a journalist. The scholarship, her mother (right) said, "was a fulfillment of my long time hopes that my daughter would be educated.” © UNICEF/Chagara/2016