Valentine's Gifts that Save Lives

If you're wondering how to honor those who mean the most to you on February 14, spread the love by giving kids who live in some of the world's toughest places the essentials every child needs to grow up healthy and safe.

Making Valentine's Day meaningful is easy with UNICEF Inspired Gifts. These are real, life-changing supplies that UNICEF will deliver in the name of your friends and loved ones to the kids who need them most. Gifts range from warm clothing that helps children in refugee camps survive winter to Ready-to-Use Therapeutic Food and vaccines that can make the difference between life and death for a vulnerable child. Below, meet just a few of the children whose lives have been touched by these impactful gifts: In 2019, UNICEF and partners treated Ahok (above) and 186,000 other South Sudanese children for severe acute malnutrition. In South Sudan, years of conflict have destroyed the critical infrastructure that provides children the safe water and health care they need to fight off disease. When the malnourished 20-month-old toddler came down with a case of the measles, she became so sick that her weight dropped to 12 pounds.

Thanks to the Ready-to-Use-Therapeutic food (RUTF), Ahok got the nutritional support she needed to fight off the viral disease, which can cause severe complications in children under 5. But her struggles and those of other kids like her are far from over. Due to widespread undernutrition and food shortages, UNICEF expects the number of children suffering from acute malnutrition to rise to 1.3 million in 2020. That's a significant jump from 2019's figures, and ample supplies of RUTF will be essential to UNICEF's ability to meet this escalating crisis.

Your $55 gift buys a 2-month supply of Ready-to-Use Therapeutic Food — enough to bring a listless child back to good health. 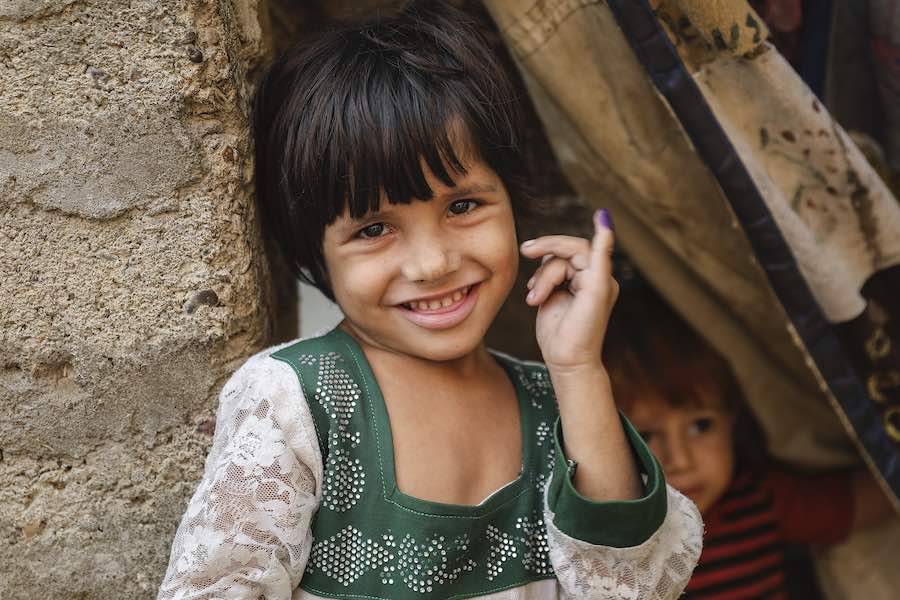 The ink mark on 4-year-old Anila's finger shows she has had her polio vaccine, which will protect her and those around her from this highly infectious disease. Anila lives in Pakistan, where polio cases rose to 137 in 2019 — up from just 12 the year before. Misinformation and fear of militant reprisals have discouraged parents from immunizing their children against this disabling and sometimes deadly disease. To reverse this alarming trend, UNICEF is expanding its support by providing polio vaccines and redoubling its efforts to promote immunization in the districts and regions most at risk.

Pakistan and Afghanistan are the only countries still reporting polio cases, but UNICEF and partners are working hard to make them and the world polio-free. You can help. 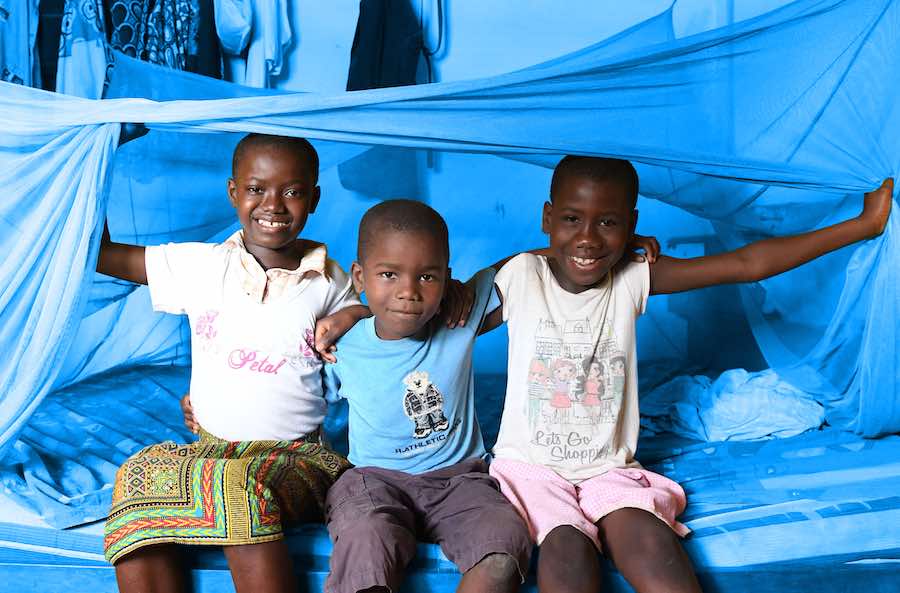 These children from Côte d'Ivoire have been sleeping under UNICEF insecticide-treated nets for years — giving them vital protection from mosquito-borne malaria and giving their mother and father peace of mind. In Côte d'Ivoire, 17 percent of children under 5 die of the disease. "It's a good investment because nets are a lot cheaper than malaria medication," explains their mother, Pauline.

Since 2004, UNICEF and partners have distributed 2 billion nets worldwide to fight this easily preventable disease, but progress has stalled in some of the areas hardest hit. “The burden of suffering and death caused by malaria is unacceptable because it is largely preventable," said Tedros Adhanom Ghebreyesus, Director-General of the World Health Organization, upon release of 2019's World malaria report.

Your $25 gift provides one mosquito net — and vital protection from malaria — to each of ten families. 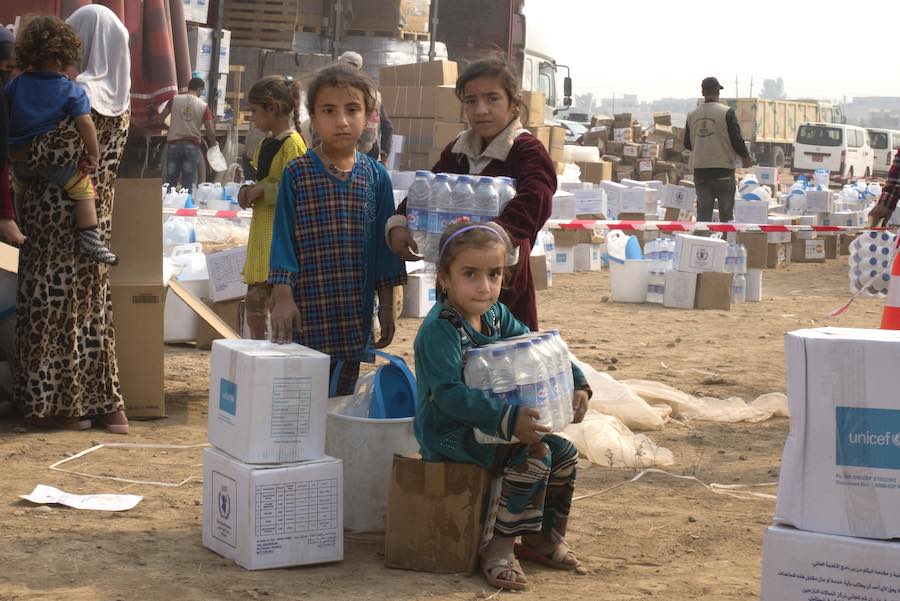 Wherever natural disaster or conflict puts families and children in harm's way, UNICEF is there, providing safe water, sanitation and hygiene. The children above fled their home to escape fighting in Iraq, where today, despite some improvements in security and stability, 1.7 million displaced people require humanitarian relief. To help those forced to live in camps or temporary settlements, UNICEF is leading the effort to deliver the emergency water supplies families need for drinking, cooking and cleanliness.

$58 is all it takes to give a family the essentials they need to survive an emergency. 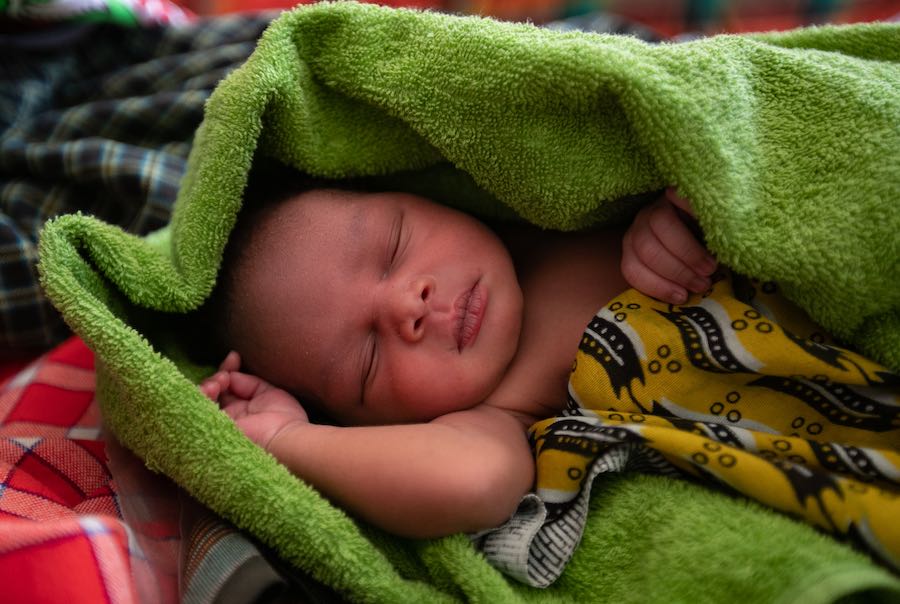 Over the past 30 years, the number of children who die before their fifth birthday has dropped 50 percent. Sadly, though, the prospects for newborns have not kept pace. In 2018, 47 percent of all deaths of children under 5 were babies, up from 40 percent in 1990, and 2.5 million infants died in their first month of life.

UNICEF is taking action by working to ensure that every mother can labor with the help of a trained midwife or nurse and that new moms have what they need to care for their babies. Newborns, like this infant from Uganda, can now travel home safe and warm thanks to UNICEF newborn kits. Kits include baby clothes, diapers, blankets, prenatal supplements for moms and essential vaccines to protect against measles, polio and tetanus.

Just $50 can give a mom everything she needs to keep her newborn baby healthy, warm and protected. 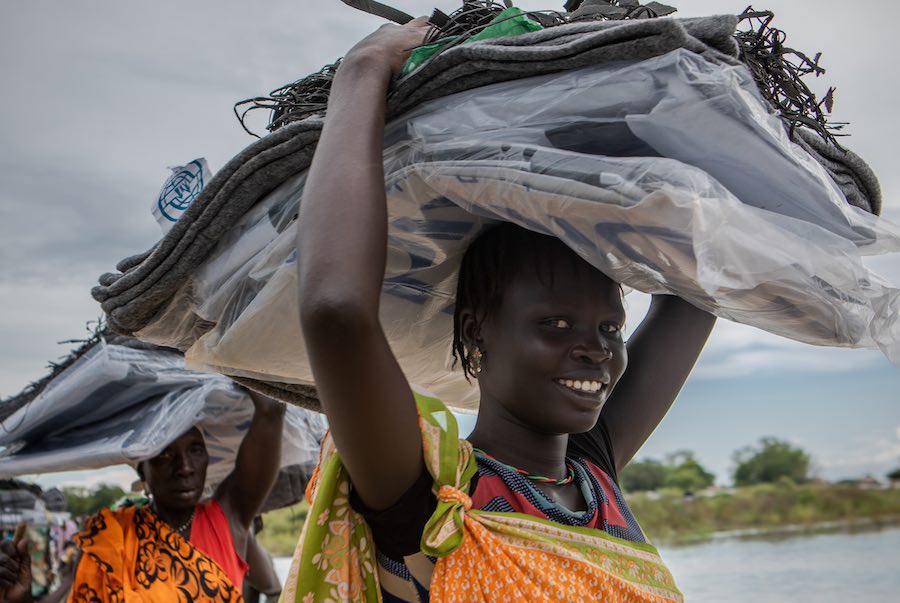 When conflict, earthquakes or violent storms force families to flee, items like tarps and warm blankets help parents keep their children warm and dry. They also provide some semblance of home. Last year, when devastating flooding displaced 70,000 families in eastern South Sudan, UNICEF and partners provided blankets and tarps to members of affected communities like the women above.

“South Sudan was already one of the most dangerous countries to be a child, and now it has gotten worse,” says Mohamed Ag Ayoya, UNICEF's South Sudan  Representative. “The actions we are taking today will determine how long children will feel [the impact of] these floods after the water subsides.”

$58 is all it takes to give a family the essential supplies they need to survive an emergency.