Bringing a global perspective to a local movement - the U.S. Fund for UNICEF at the 2015 Girl Scouts Senior Leadership Conference.

This blog was co-written by Sarah Wilbanks and Brian Kelleher-Calnan.

For the third year in a row, the U.S. Fund for UNICEF (UNICEF USA) was honored to attend the 28th Annual Girl Scout Senior Leadership Conference as guest speakers and presenters. This year we were represented by Emily Pasnak-Lapchick (End Trafficking project, Program Officer), Sarah Wilbanks (End Trafficking project, Fellow), and Brian Kelleher-Calnan (Boston Community Engagement Fellow), all three who had been eagerly anticipating this weekend for months!

Hosted by the Girl Scouts of Southeastern New England, the conference brought together Girl Scouts for a weekend of workshops and presentations about global and contemporary issues, social justice, leadership development, personal growth, and much more. Seeking to provide girls with a safe space to ask honest questions and have open discussions, the conference invites around 100 professionals, activists, and leaders each year to lead classes and workshops for the leaders and girls.

The first day began with a keynote speech by Emily and Sarah, with help from four returning Girl Scouts: Ali, Camden, Nikki, and Fiona. Titled Because I Am a Girl, the keynote spoke of gender inequality worldwide. At different points throughout the presentation, each of the four girls (all of them sitting in the audience) stood up and recited a story of a girl living in a different part of the world, and facing hardship due to lack girls’ education, human trafficking, child marriage, or female genital mutilation. The keynote ended with Ali, Camden, Niki, and Fiona joining Emily and Sarah on stage to educate the audience on how they can help empower girls in their communities and around the world. 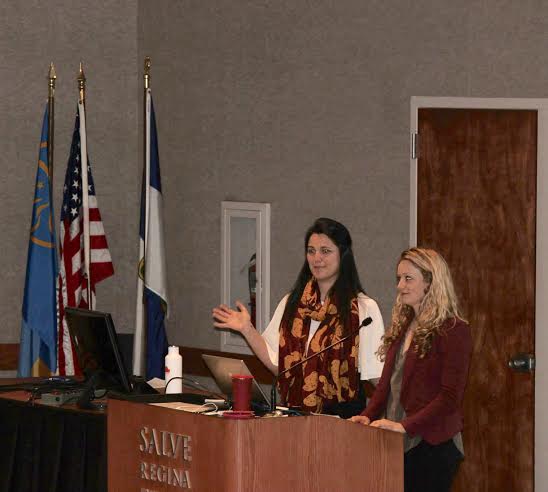 The rest of the day was filled with exciting and fascinating workshops. As the theme of this year’s conference was advocacy and partnerships, Brian delivered  a workshop on how UNICEF and constituents nationwide have and can use our voices to advocate for change. Brian first presented to the adults, sharing how grassroots support of legislative policies expedites UNICEF’s mission and past successes at the state and federal levels. As with many of UNICEF USA’s resources, advocacy is an opportunity for passionate youth to take action in the form of letter writing, meeting with representatives, or raising awareness to enact change. The adults embraced the idea that the girls indeed have an important role to play in a world in need of young voices.

Emily and Sarah began the second day by leading a Human Trafficking 101 for the girls. In this workshop, Girl Scouts read case stories of trafficked victims, discussed the issue in their own states, and learned about tangible ways to raise awareness. Everyone left the workshop interested in learning more about what was happening in their own state, and eager to find out how they could stay involved.

The second workshop led by Emily and Sarah addressed how we are interconnected to human trafficking through what we buy, eat, and our daily activities. This session, titled Working Together to End Trafficking: Becoming Conscious Consumers, challenged the Girl Scouts to think about how their consumer habits could be connected to larger issues such as labor trafficking. The girls learned about Fair Trade and came up with action plans to bring Fair Trade awareness back to their schools and troops. They were excited about the possibility of starting a Fair Trade campaign at their school, and even started making plans to advocate for Fair Trade t-shirts and snacks at next year’s Senior Leadership Conference!

After the morning workshops, Emily was invited to present on how our team engaged the girls throughout the day and shared how the adults could support the girls’ projects on human trafficking, Fair Trade, and advocacy. About 30 adults spent time creating action plans with Emily including activities like: a day of global citizenship workshops at UNICEF USA’s offices, going Fair Trade during Troop meetings, having next year’s conference be Fair Trade, and a series of webinars with remote troops on global citizenship, advocacy, and human trafficking.

The last workshop by UNICEF USA was led by Brian and Sarah titled, Using Your Voice: Advocating for Change. This session provided the girls with a framework of creating action steps, drawing on successful voices in advocacy throughout history. The workshop began with a discussion of advocacy and why it is necessary. Brian led the girls through an example, using International Women’s Day (which would occur the next day) and Safe Harbor legislation– federal laws ensuring that minors who are victims of sex trafficking are treated as victims and not criminals. Brian then walked the girls through a framework of creating an action plan. The girls brainstormed together – breaking up into pairs, choosing an issue, and creating a formula for how they would engage their troops, schools, and larger communities. This workshop left the girls armed with knowledge, next steps, and concrete plans of action. 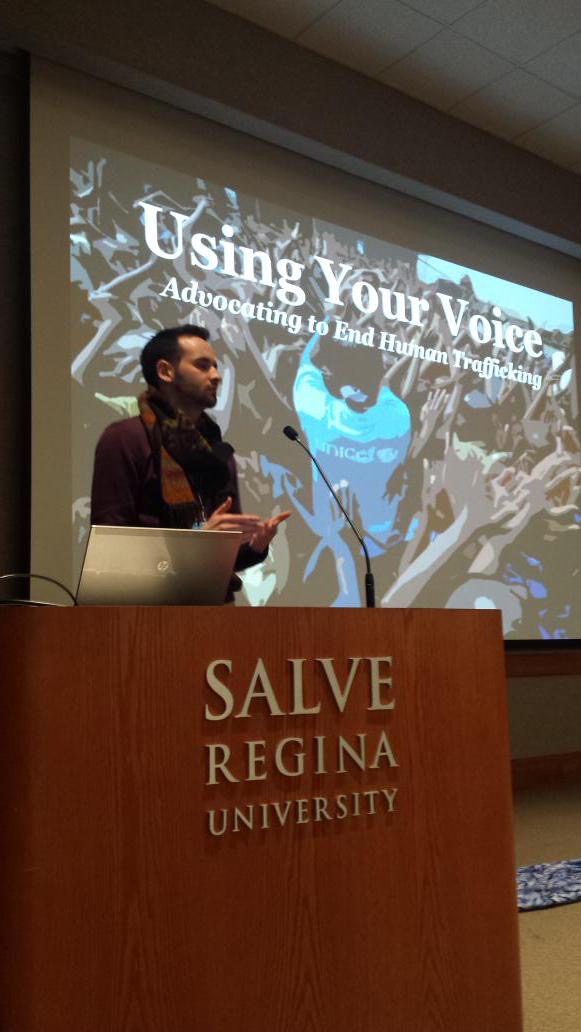 All the Girls Scouts in the UNICEF USA workshops were actively involved, asking excellent questions, and mapping plans to address local, national and international issues.

Perhaps the most meaningful part of the conference was the closing ceremony, where Girl Scouts presented on what they had learned throughout the past two days.

During this ceremony, UNICEF USA was unexpectedly honored by two presentations. The first one was by a former Girl Scout, Kayla, a Senior Leadership Conference veteran who was inspired by Emily’s human trafficking keynote speech the previous year. Kayla decided to write a paper for her college advocacy seminar on human trafficking. Her project included an action plan to educate her community on the issue and an art project which consisted of two paintings depicting human trafficking. During the closing ceremony, Kayla presented UNICEF USA with the paintings to display in our offices! 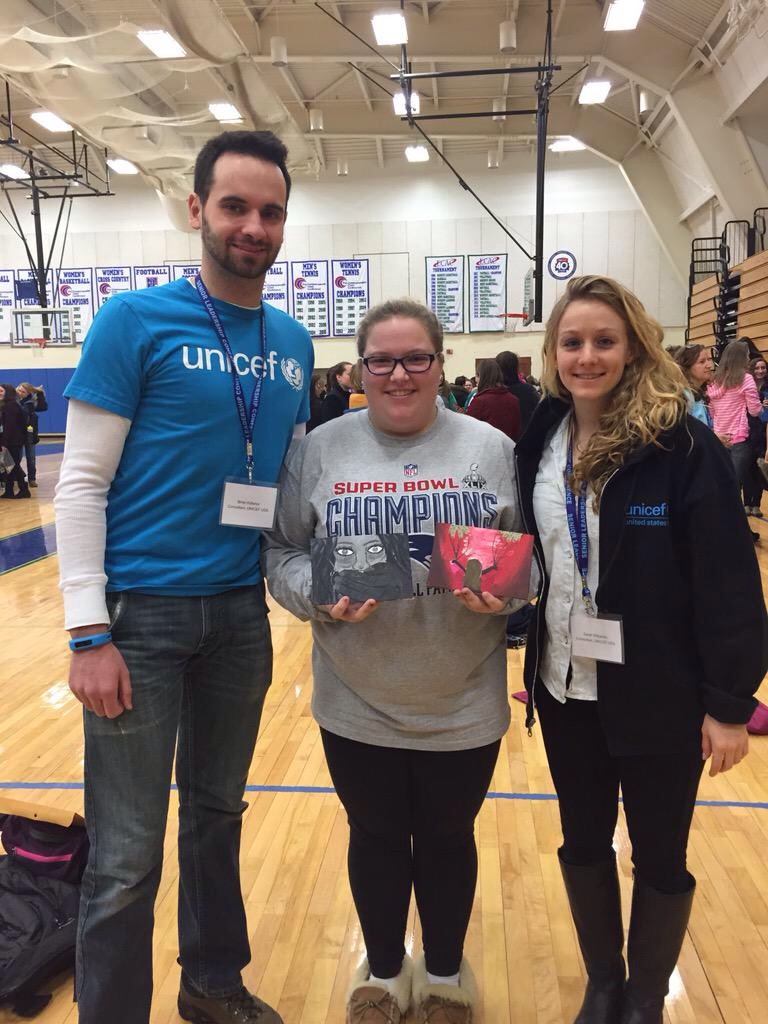 For the final UNICEF oriented presentation, a group of eight Girl Scouts got up in front of the 400-person audience to perform a skit they had created, based off of the “Because I Am a Girl” keynote. The girls chose issues that resonated with them such as girls’ education, sexual assault awareness, and LGBTQ rights. The girls stood in a line, each holding an individual poster board the issue she addresses, and explained how she was going to take action. In between each girl’s  sharing how she would advocate for change, the group announced: “Because I am a girl, I have a voice!”

Throughout the conference, what was most inspiring was the passion that the Girl Scouts exhibited. Not only were the girls and adults eager to educate themselves, but it was clear that what they learned throughout that weekend would be brought to life elsewhere through Gold Award projects, community education, school and troop initiatives, and more. There is no doubt that this weekend embodied the Girl Scout philosophy of making the world a better place, both locally and globally.

Since March, the End Trafficking project has continued to engage Girl Scouts through a variety of events and programs - hosting troop visits to our offices here in New York City, presenting workshops and presentations, screening the film Not My Life, and even engaging with individual girls pursuing their Gold Award projects on issues of global rights. Several more engagements are lined up for the coming year!

Thank you for inviting UNICEF USA to be a part of the Senior Leadership Conference and the Girl Scouts USA community of advocates! 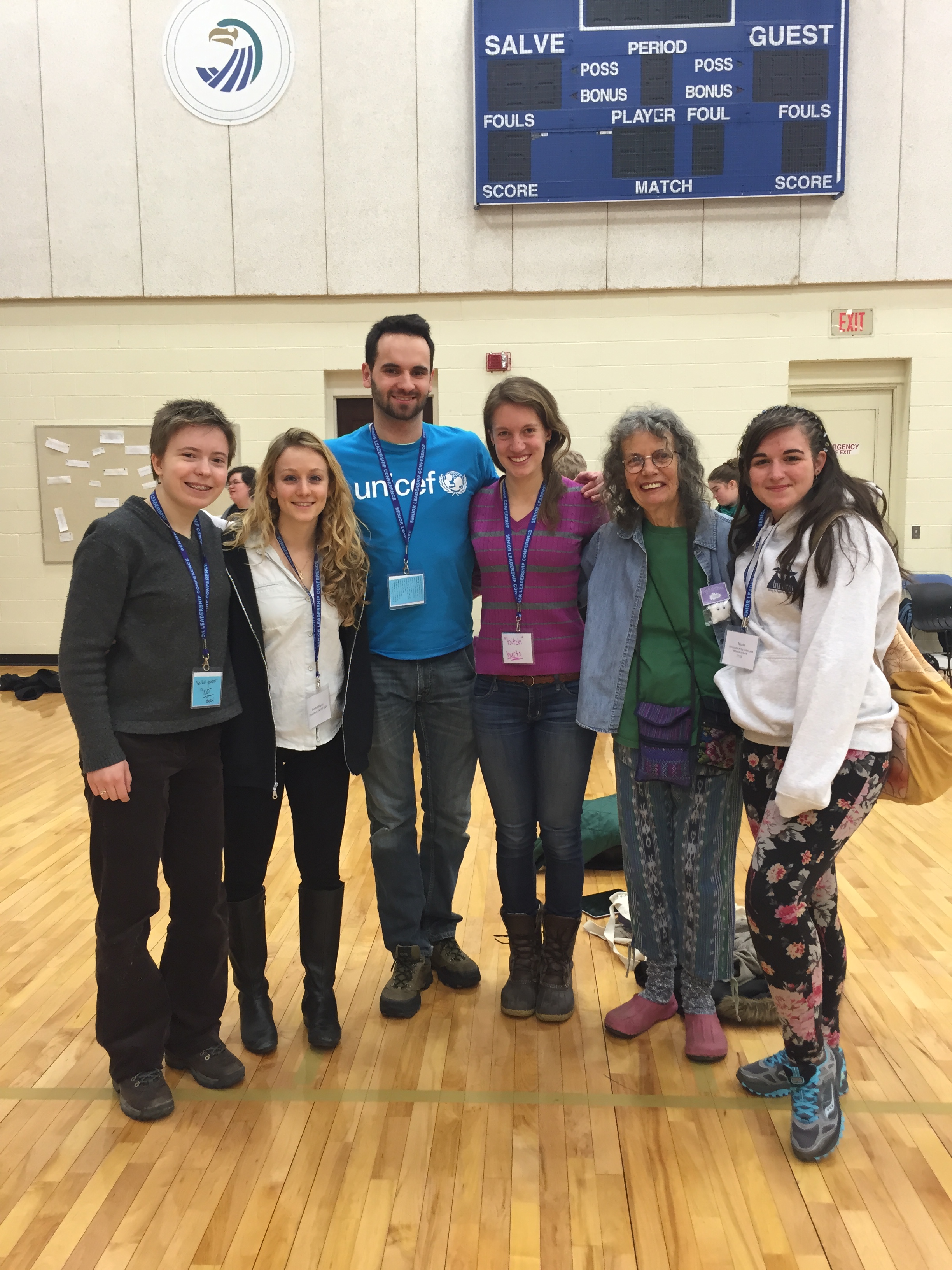