In conflict zones around the world, children pressed into service by militia groups find themselves on the front lines, unwilling witnesses to the horrors of war. Each year, UNICEF supports the release and reintegration of thousands of boys and girls who have been recruited — often against their will — for use as soldiers, cooks, spies and more in armed conflicts.

Children associated with and recruited by armed groups should always be treated as victims of conflict. Below, children's stories of life inside a militia group and the road to recovery, in their own words. [All names have been changed to protect anonymity.]

Ali, Yemen: "I don’t understand what is happening here, but when I see the fighting, my heart bleeds." The fifth of eight children, Ali left school at 11 and spent several years doing odd jobs before joining Saudi-backed forces on the front line for six months, followed by six months in a prison run by the authorities in Sana'a, Yemen. “My family is very poor. They live in terrible conditions, so I wanted to go and earn a living. [The recruiters] said I would be in the backlines and I would make money. They didn’t tell me how much I would make, but they said they would share what money they made with me. When I left, my family were crying, but eventually they let me go."

Released from prison, Ali was sent to a UNICEF-supported interim care center, where he is receiving psychological care and educational support. "When I came out, I didn’t expect to come to such a nice place. I can now speak with my family and they ask when I will come home. In Yemen, it is really difficult. Other countries have their plans, but the children suffer the burden here. People’s forests may burn but we also get burned here inside. I’m still young, I don’t understand what is happening here, but when I see the fighting. my heart bleeds. We left our weapons and now we hold pens.

"If I was to meet anyone thinking of going to the front lines, I would tell them not to. If they don’t listen, I would let them fall down and come back and say I wish I listened to you.”

Sophie, 16, Central African Republic: "There were several of us girls. We were scared and hungry. I kept telling them don't hurt us, don't hit us, set us free." 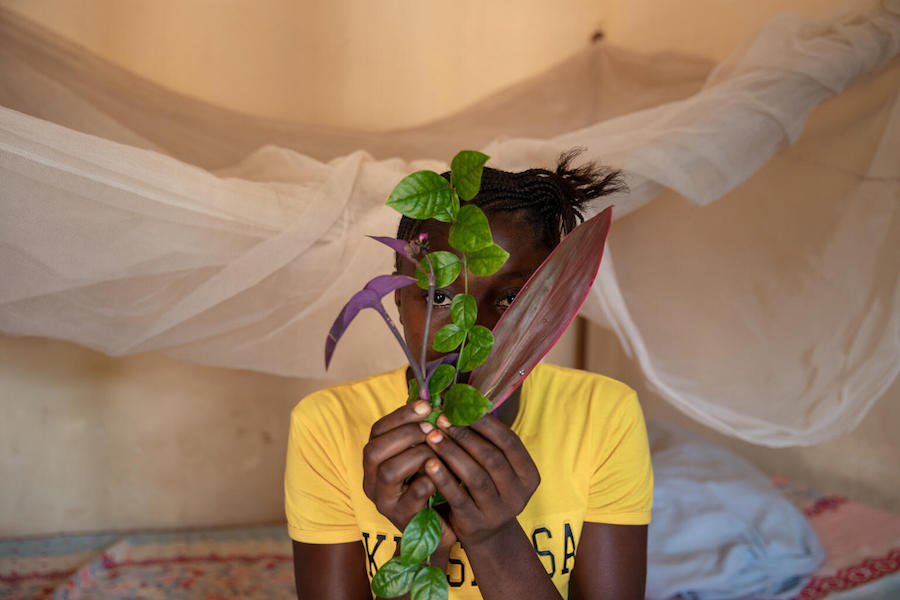 "I fled because of the war. We were at school when it started in the middle of the day. I tried to leave quickly, but I was caught by a military before I could cross. They tied me up, I was their slave. I had to cook for them but I was not allowed to eat. There were several of us girls. We were scared and hungry. I kept telling them don't hurt us, don't hit us, set us free. I cried, I begged them.

"One day, a soldier who spoke my village dialect heard me crying. He took pity on us and helped us to flee. He asked us to go and get water quickly, and we never came back. Before, in my village, I was taking sewing and computer courses. I used to train, but now I can't. I'm afraid for my future.”

Héritier, 17, Democratic Republic of Congo: "When I was enlisted, I saw and was forced to do tragic things." 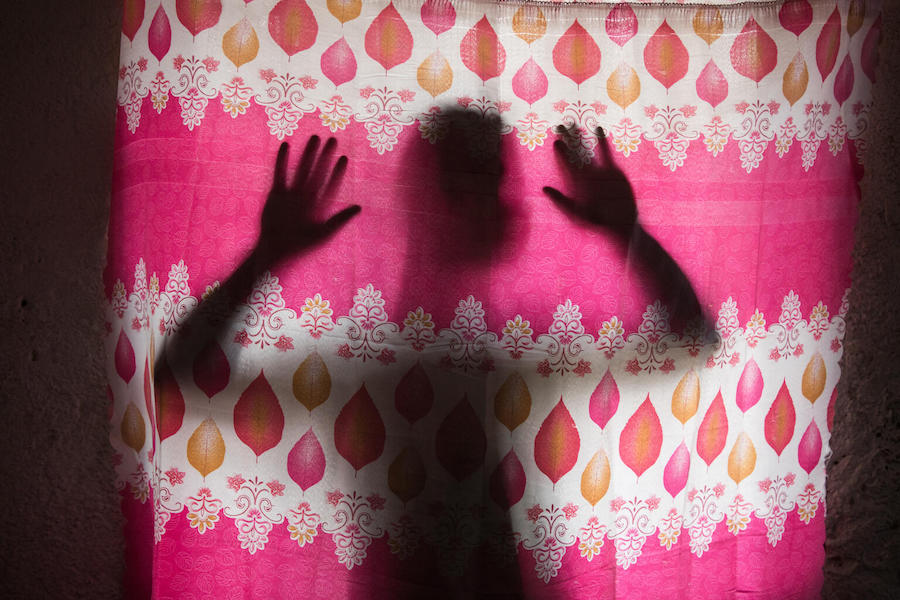 "I am from Dungu. I was enlisted for one year with the Mai-Mai. I didn't get along with my family. I found myself without money, unable to return home to see my mother, so I joined the armed groups. Since then I have never seen my family again.

"When I was enlisted, I saw and was forced to do tragic things. One day we captured someone. They said he was a wizard, so I was made to execute him with an AK47 rifle. Every time I think about it I feel terrible, because deep down I would never know if he really was a wizard. Civilians were also killed sometimes because they had money. Today, I only keep my scars that I got during the fighting."

Mary, 17, South Sudan: "They instructed us to cook. If the food didn't come on time, they beat us." 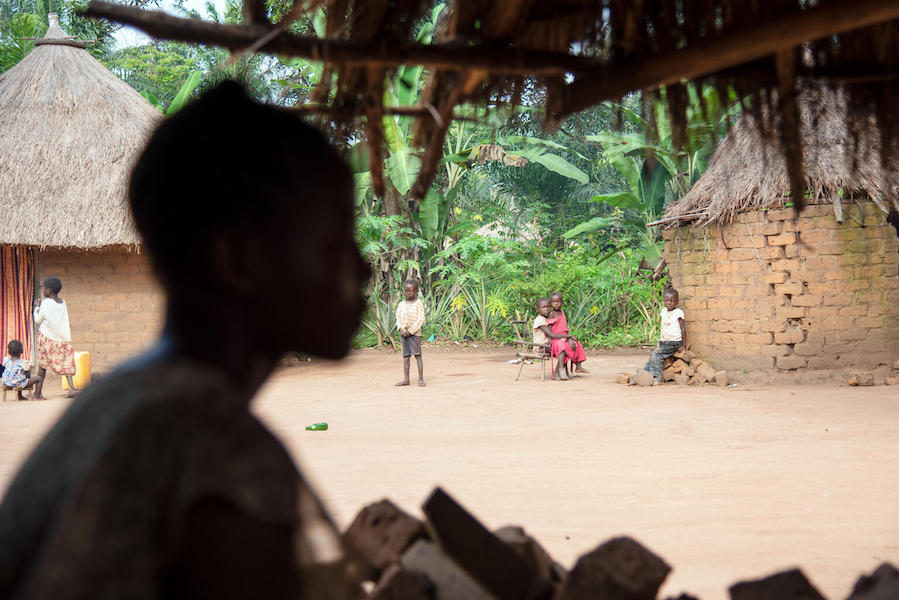 Kidnapped by an armed group in South Sudan in 2017, Mary cooked, swept, fetched water and collected firewood for the militia for a year before escaping. “Life in the bush was not good. They instructed us to cook. If the food didn't come on time, they beat us. At times, attacks came, and we would have to run. I was punished a lot."

One day, she and two friends decided to escape. “We went to fetch firewood, and no one saw us. We were afraid, and we were looking carefully around us to see if anyone was there, scared of anyone coming. It took us two days to go back [home]. We were running but we got tired and scared that they would catch us. When something bad happens, you are not thirsty or hungry. When we were running, we were injured by thorns, but we couldn’t slow down as they might catch us. I was scared because if these guys got us, I would not be able to see my mother and the rest of the family.

“At the moment, I’m okay. I’m with my family and they are encouraging me. The memories are not so vivid anymore.”

Bihira, 17, Democratic Republic of Congo: "My friends and brothers were killed in the war, so when I think of them I am in great sorrow." 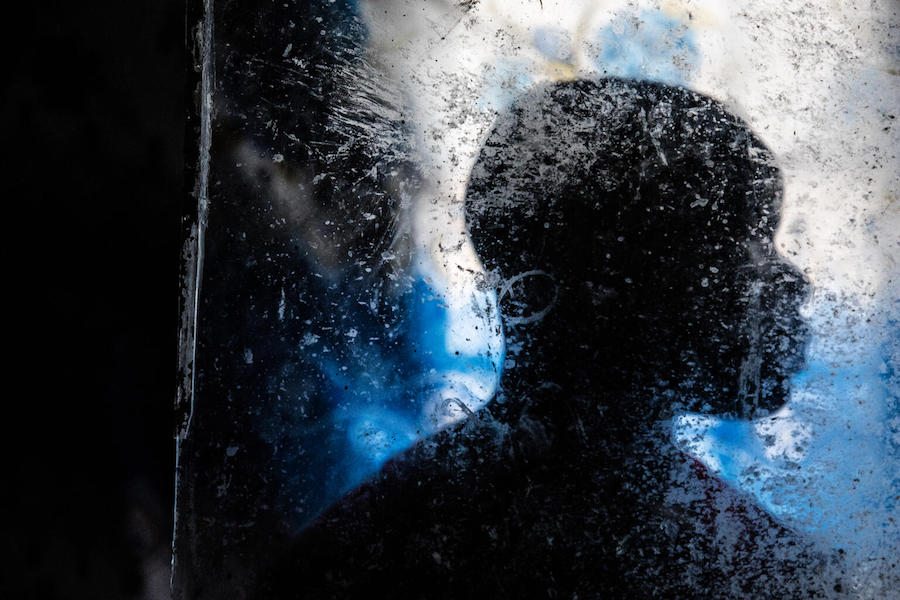 "I have been at the [UNICEF-supported rehabilitation center for demobilized children in Goma, North Kivu Province, DRC] for three months. I was enlisted in armed groups for five years. I volunteered when I was 12 because I lived alone, I no longer had parents. They had fled because of the war, and then my father died, so I found myself alone in the village. It was hard for me to live alone so young, so I joined the armed groups.

"We attacked wherever there were soldiers, in order to recover weapons and ammunition. All the while, I've been doing bad things. I killed soldiers, civilians, looted villages to take away goats and other goods. After doing all this I felt good. When you live in the forest, you think like someone in the forest. That's why when someone dies you don't have to worry. But in battle, I saw many of my friends die. It gave me a lot of grief.

"Today, I have a lot of concerns. My friends and brothers were killed in the war, so when I think of them I am in great sorrow. One day I went to hand my weapon over to the FARDC to surrender, and that's how I got to the center. One day, I will want to become a civilian again like the others."

The recruitment and use of children by armed forces or armed groups is a grave violation of child rights and international humanitarian law. UNICEF partners with governments, community groups and others to address the drivers of child recruitment and stop violations before they occur.

To support UNICEF's work to free children associated with armed groups and help them rebuild their lives, please donate.

Top photo: Sixteen-year-old Ahmed at his home in Yemen in 2021. After his father lost his job because of the conflict in Yemen, Ahmed ran away from home and joined one of the warring parties to fight in exchange for a monthly salary. Facing bullets along with other fellow child soldiers, he realized that he was destined to die in the desert, just like thousands of other children who were recruited. In early 2020, UNICEF worked with authorities and other international organizations to release 68 children captured in military operations in Yemen. Ahmed was among the children who were released. © UNICEF/UN0456818/Fuad