Four years ago in Western Guinea, a child fell ill, marking the first case of a devastating Ebola epidemic. Today, UNICEF is there helping a community heal and reporting on its progress.

On December 26, 2013, 2-year-old Emile Ouamouno fell ill in the remote Guinean village of Meliandou. He died two days later. Within one month, his three-year-old sister Philomena, his mother Sia, and his grandmother Koumba all died of the same devastating illness. Emile would come to be known as “patient zero,” the first case of the 2014-2016 Ebola outbreak that took over 11,000 lives in 6 countries.

The outbreak in West Africa was the largest and most complex Ebola outbreak since the virus was first discovered in 1976. With an average case fatality rate of 50%, especially in resource-poor settings, the fear of infection spread as quickly as the virus itself. In fact, along with lingering physical ailments, stigma still plagues many survivors of the disease.

Marthe Tolno, 35, pictured above with her son, lives in Forécariah. This was one of the epicenters of the outbreak in Guinea. When Ebola hit, Marthe was a community health agent. She fell ill when caring for a neighboring family. “When I came back to my village from the treatment center, people were afraid of me, they stood far away from me. Other families lived in the house where I stayed and they told the homeowner I should be kicked out, that I still had the illness. I still live a life of stress because of stigmatization by my neighbors.”

In addition to the stigma that she faces with some members of the community, Marthe suffers from chronic fatigue and other lingering ailments, often visiting the health center in a neighboring town of Maferinya. Still, she is grateful to have survived, as she recalls viewing her diagnosis as a death sentence and wondering who would take care of her small children. It was a well-founded fear: nearly 23,000 children lost one or both parents or primary caregivers to Ebola in Guinea, Liberia and Sierra Leone.

Marthe recalls viewing her diagnosis as a death sentence and wondering who would take care of her small children. It was a well-founded fear: more than 23,000 children lost parents or primary caregivers to Ebola.

The crisis also disrupted health-care delivery across the entire affected region, preventing children from receiving vaccines for polio, measles and meningitis, as well as treatment for endemic illnesses such as diarrhea and malaria. In addition to stockouts of medications needed for common illnesses and routine immunizations for children, many healthcare workers deserted already understaffed health facilities because of fears of becoming infected.

Dr. Barry Alpha worked at the Wongkifong Health Center during the crisis. “Many health agents resigned from their work and many others even ran away from the area.” Two years later, his colleagues that fled have not returned and communities are just beginning to gain confidence in the health centers they once feared. 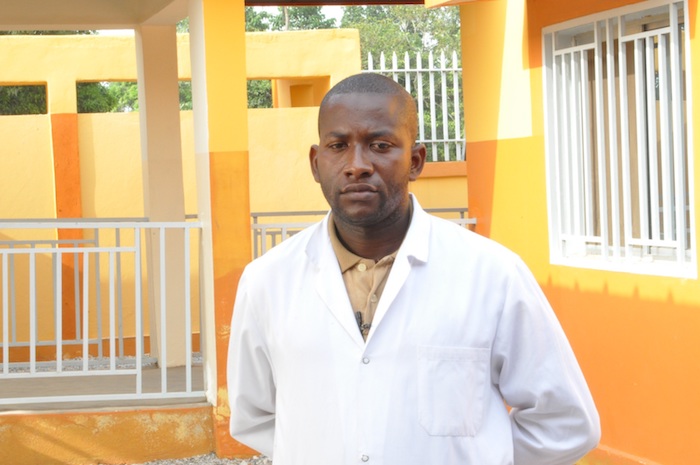 Dr. Barry Alpha stands outside of a health center in Forecariah on November 16, 2017. He was a health practitioner at the Wongkifong Health Center in Coyah, Guinea when Ebola hit. During the crisis he worked in logistics and support, and provided psychosocial support to family members of sick patients. “The epidemic has gone, but I am still here at this moment because all the patients that were cured that are in the Mafrenya zone come to me for consults. I am always by their side, ready to counsel them, because when you have had Ebola, you need support of every kind, physically and morally.” © UNICEF USA/Taryn Fusco/2017

Survivors Founded an Association to Support those Impacted by the Disease

Soriba Camara, 39, was a lawyer in the Forecariah District when Ebola hit. He participated in a burial ceremony for his aunt and cared for his uncle, both of whom were infected with the disease. He fell ill several days later. After being taken to a hospital in Conakry, the Capitol of Guinea, he was diagnosed. “I knew I had Ebola, I had never experienced such pain in my life,” he stated. “I knew that once you were diagnosed with Ebola, you were going to die. There is no treatment and the hospitals were suspected to be spreading the disease. One night, 8 people died by my side in a treatment tent of 20.”

I knew that once you were diagnosed with Ebola, you were going to die. One night, 8 people died by my side in a treatment tent of 20.

After his recovery, Soriba helped found an organization called the Association of Ebola Survivors of Forecariah, which provides psychosocial support for members of the community that have faced stigma and health complications after surviving Ebola, as well as those who lost loved ones. “This is how we started moving forward. UNICEF supported us, and through their support, we had the courage to start this organization that has since helped many people, people who had lost all hope.”

This is how we started moving forward. UNICEF supported us, and through their support, we had the courage to start this organization that has since helped many people, people who had lost all hope. 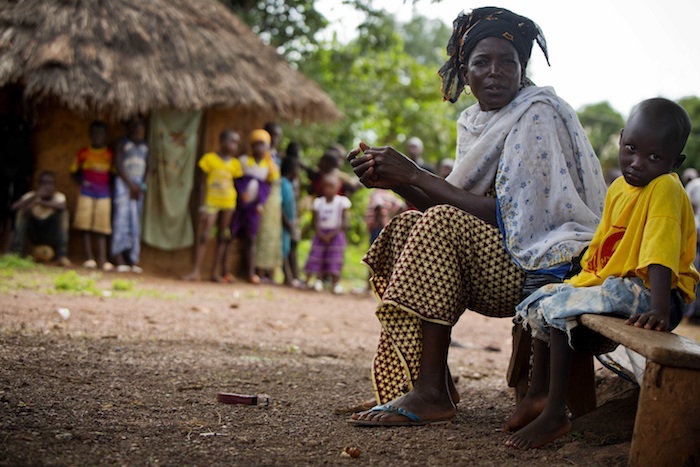 Sita Aidara, sits next to her grandson Lounceny, who contracted polio when he was a baby due to lack of vaccination in Siguiri, Guinea Wednesday, Aug. 3, 2016. Many children in Guinea are still not vaccinated against polio, due to lack of access to basic health facilities and difficulty of accessing children in remote areas. Louncenie's twin brother died shortly after birth and his mother pans for gold daily. The healthcare system in Guinea was crippled by the Ebola epidemic that ravaged the region, leaving over 12,000 people dead. © UNICEF/UN036458/Holt/2016

UNICEF continues to work with survivors in educating people about Ebola and sensitizing communities, as well as ensuring immunization revival and rebuilding health infrastructure.

Banner image: Ebola survivor Marthe Tolno, 35, with her son at a health center in Forecariah on November 16, 2017. “I am often tired and sick and wonder when I will again feel normal,” she says. © UNICEF USA/Taryn Fusco/2017