A new series of reports in The Lancet highlights newborn deaths and how to prevent them.

The Lancet medical journal released a groundbreaking series of papers today at UNICEF headquarters, shining the spotlight on newborns, who account for nearly half of under-five child deaths around the world.

The Every Newborn Series shows that nearly 3 million lives could be saved by improving the quality of health care at birth for the world’s most vulnerable mothers. The study is the first comprehensive analysis of newborn deaths, and it revealed several insights into the causes and solutions.

Newborns account for a significant proportion of under-five child deaths.

UNICEF has helped reduce under-five child deaths by half over the last two decades. Today, 6.6 million children under five die every year, and nearly half of those deaths happen within a month of birth.

The first day of life is crucial.

Preterm birth and conditions during delivery contribute significantly to newborn deaths—an estimated 1 million newborns die within their first day of life. For those who survive past their first week, sepsis and diseases such as tetanus are big killers.

In many countries around the world, birth or death certificates are not issued when a newborn dies. “Most of the world’s newborn deaths and almost all stillbirths enter and leave the world without a piece of paper to record their existence,” says Professor Joy Lawn of the London School of Hygiene & Tropical Medicine. In Somalia, for example, only 3 percent of babies are registered within a year of birth.

There are simple, effective solutions to help newborns survive.

The most effective interventions are breastfeeding; newborn resuscitation; "kangaroo care" for premature babies—that is, prolonged skin-to-skin contact with the mother; and preventing and treating infections. If existing interventions to improve newborn health were scaled up to at least 90% coverage in all countries by 2025, 3 million lives per year could be saved.

Learn more about The Lancet's Every Newborn Series here. 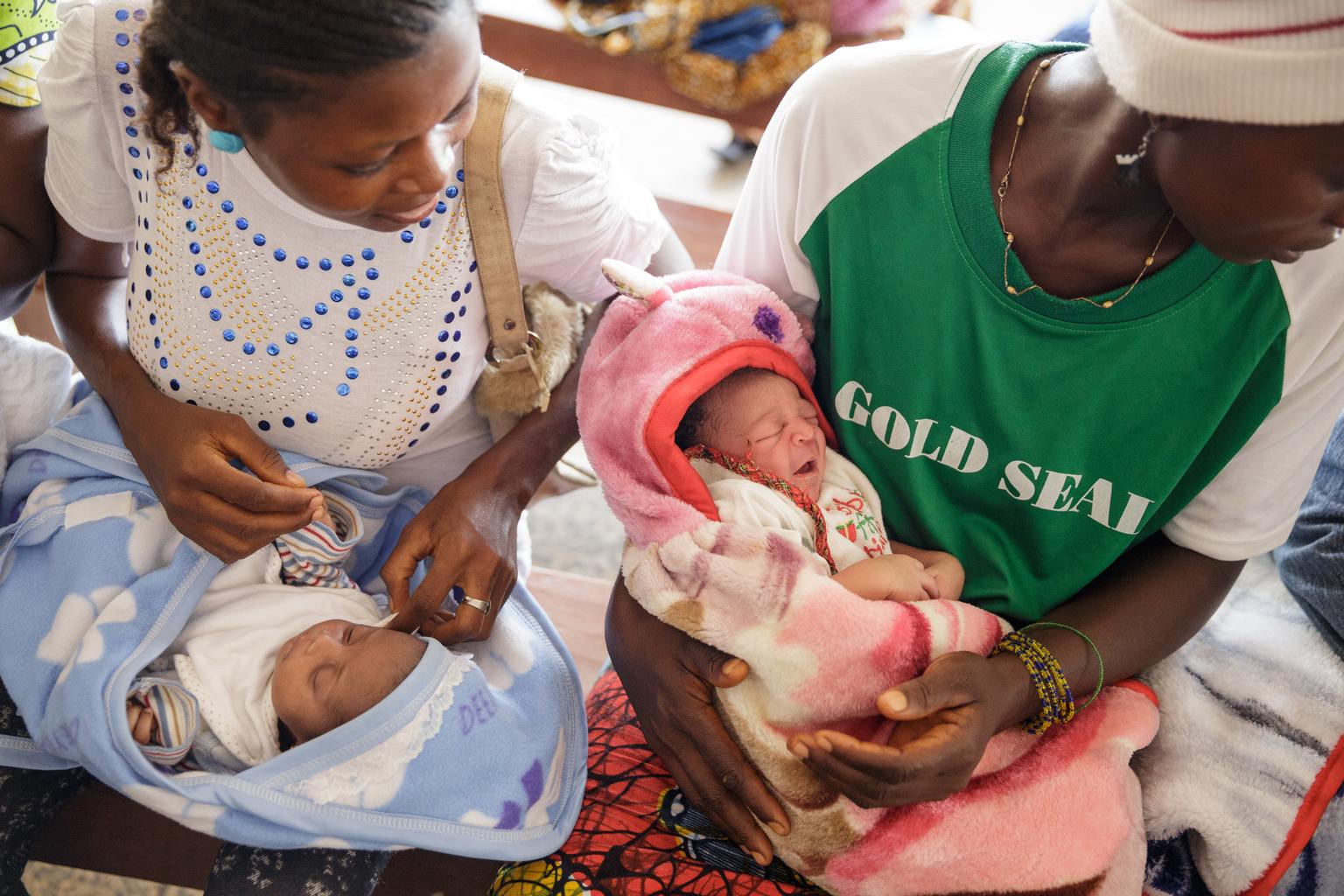 Women in Sierra Leone wait to have their children vaccinated at the Kenema government hospital. Photo: © UNICEF/SLRA2013-0548/Olivier Asselin.