Military action in the eastern region prompts UNICEF to scale up lifesaving support for children and families under threat.

As Ukraine declared a nationwide state of emergency on Thursday, UNICEF appealed to all warring parties to allow full humanitarian access to families and children who have long suffered the adverse effects of the protracted conflict in the country — and whose lives and well-being are now under even greater threat.

Fighting has taken an increasingly heavy toll on Ukraine's civilian population — including 510,000 children

UNICEF has been working nonstop in eastern Ukraine, delivering lifesaving programs for affected children and families as fighting has taken an increasingly heavy toll on the civilian population of 3.4 million people — including 510,000 children — living in the Donbas region. 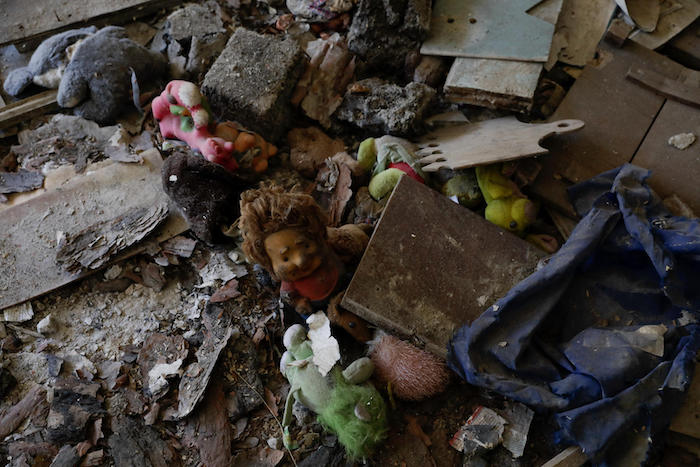 Toys amid the rubble of a school damaged by fighting in 2018 in Novotoshkivske, Luhansk, eastern Ukraine. © UNICEF/UN0243146/Morris VII Photo

Even before the Feb. 24 attacks, the crisis had disrupted the daily lives of those living on both sides of the contact line between government- and non-government-controlled areas, leaving them in continued need of humanitarian assistance. The socio-economic strains and health impacts of the COVID-19 pandemic have only compounded the situation.

As needs escalate in line with the conflict, UNICEF is rapidly stepping up emergency response efforts from field offices in Kramatorsk, Mariupol, Luhansk and Donetsk while also working with partners to expand relief operations across the country.

mother and child in Ukraine.jpg 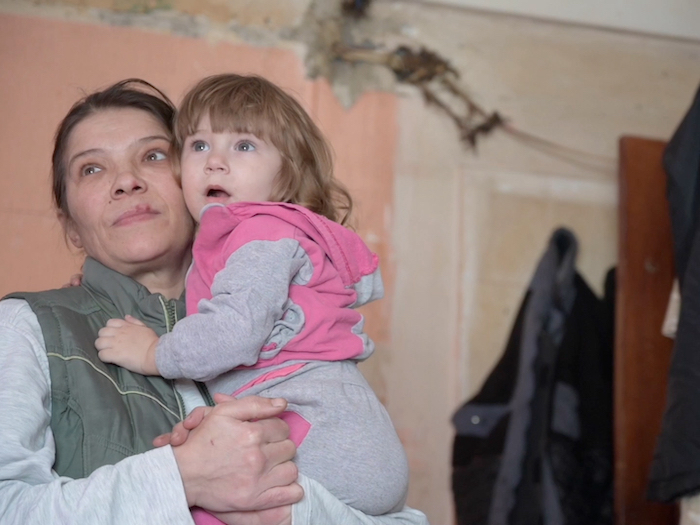 Natalia, 45, holding one of her six children, was already living in fear before attacks escalated on Feb. 24. The family lives in an apartment in a partially destroyed high-rise building within miles of the ‘contact line’ — living under constant threat of shelling and landmines, lack of heating and hot water and a fight for education for the past eight years. © UNICEF 2022

Long-running programs already in place will continue as part of UNICEF's action plan for the country for 2022. These include efforts to immunize children against measles and polio — there have been recent outbreaks of both vaccine-preventable diseases due to lapses in routine immunization coverage — and to shore up critical water, sanitation, electrical and heating facilities and school infrastructure that have already been heavily damaged and remain run-down.

Education support is focused on improving access to learning where it has flagged due to weak teaching capacities. Health and nutrition support seeks to improve quality services where they remain limited.

"The past eight years of conflict have inflicted profound and lasting damage to children on both sides of the line of contact," Russell said. "The children of Ukraine need peace, desperately, now." UNICEF joined UN Secretary-General António Guterres in calling for an immediate cease-fire, and for all parties to respect their international obligations to protect children from harm and to ensure that humanitarian actors can safely and quickly reach children in need. UNICEF also called on all parties to refrain from attacking water and sanitation systems, health facilities and schools — all critical infrastructure on which children depend.