UNICEF USA’s Advocacy Day on April 4 was one for history books! With 176 scheduled meetings encompassing 35 states and the U.S. Virgin Islands, UNICEF USA covered every corner of Capitol Hill to discuss UNICEF’s work with Congressional Offices and seek action on global children’s issues. Beyond the total number of meetings, participants learned valuable lessons in how to advocate thoughtfully and strategically. Among the hundreds of Advocacy Day participants were Congressional Action Team (CAT) members who had these top tips to highlight from their experiences:

1. Be proactive and persistent! When Texas participants weren’t able to schedule a meeting with Representative Kevin Brady from Texas’s 8th District, they decided to still stop by the office to drop off UNICEF drop kit materials. Fortuitously, a staff member was able to meet with them and grew super interested in UNICEF USA’s End Trafficking project. As State Leader Olivera said, “It was our most satisfying meeting of the day because we got it on the spot.”

2. Advocacy can happen anywhere. In addition to the 176 scheduled meetings, advocates seized opportunities to speak to Members of Congress in cafeterias, hallways and even elevators! The Colorado group secured their four meetings with Congressional staff, but that didn’t stop them from keeping their eyes peeled for their Representatives and Senators. State Leaders Ali and Andrea spotted both Senator Michael Bennet (D-CO) and Senator Cory Gardner (R-CO), taking advantage of the run-in to introduce themselves and snag a quick picture. Then, while preparing for their meeting with Representative Jared Polis’ (CO-1) office, they realized that they were in the same elevator! Now, that’s a moment to remember. 3. Find a local UNICEF connection. DC State Leaders Shurland and Amber found great success when they asked Congressional staff members about their personal connections to UNICEF. In one meeting, the staff member was a veteran who remembered seeing UNICEF cyan blue while serving in Afghanistan. Meanwhile, the Southern California group uncovered a Trick-or-Treat for UNICEF connection in their meeting with Representative Ed Royce’s (CA- 39) office. Rep. Royce’s staff member even expressed interest in bringing Trick-or-Treat to her children’s school.

4. Be flexible! When the large Northern California group couldn’t fit into Representative Barbara Lee’s (CA-13) office, they opted to gather in the cafeteria where they ran into UNICEF USA CEO Caryl Stern and VP of the Office of Public Policy and Advocacy Marty Rendón! In some instances, Members of Congress were called away to attend to other matters, but UNICEF USA participants didn’t miss a beat and continued their meetings with staff members. Or vice versa! When meeting with Representative Adriano Espaillat’s (NY-13) staff, Rep. Espaillat came into his office to grab something quickly and NYC CAT Member Karin jumped at the chance to thank him for his work on the House Foreign Affairs Committee.

5. Advocacy continues! Advocacy Day brought UNICEF supporters together from all walks of life: volunteers, Board Members, students and CAT members. Now, it’s time to build off of the momentum of Advocacy Day to recruit new advocates to UNICEF and continue building relationships with Members of Congress. Orlando CAT Leader Melody is already on the move! Not only did she educate people aboard her plane home on the effectiveness of UNICEF, her CAT is already set to attend a local Representative’s coffee talk during the Congressional Recess.

Want to get involved? Watch for updates to our UNICEF USA Advocacy webpage. 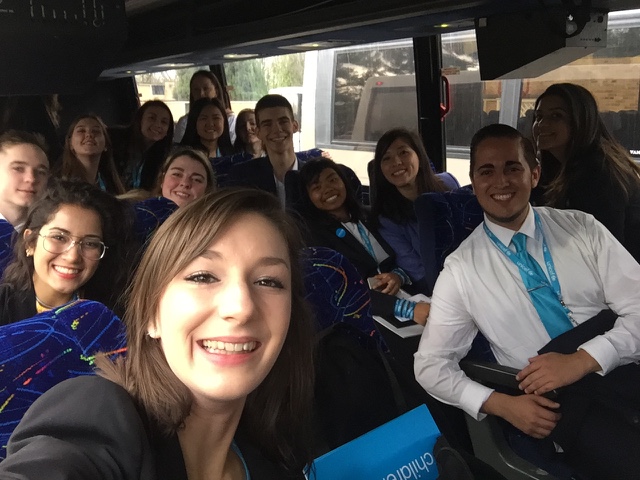