Take Action Now to Stop the Exploitation of Children

Some steps you can take on World Day Against Child Labor. Because every child deserves a healthy childhood and an education.

On World Day Against Child Labor, UNICEF is calling for increased attention to the health and safety of young workers and an end to the exploitation of children.

Around the world, millions of children do paid and unpaid work to support their families. An estimated 73 million children work in jobs that directly endanger their health, safety and moral development, according to a 2017 survey conducted by the International Labor Organization (ILO), a United Nations agency. Children must be protected from abuse and neglect. They cannot be robbed of their childhood or their education. 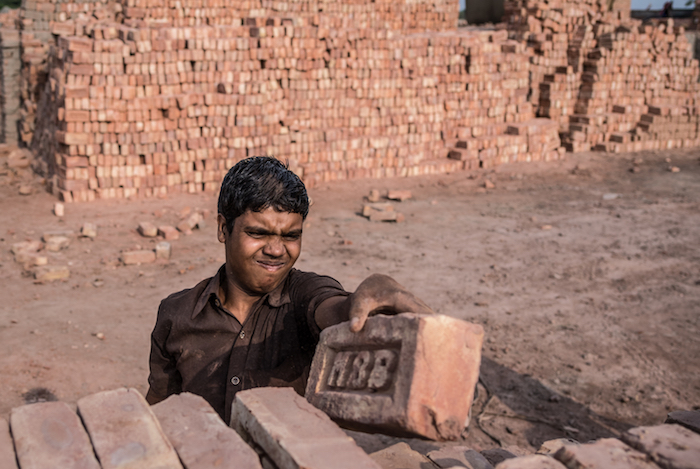 Arieful, 13, works in a brick factory alongside much of his family, earning about $3 a day in Assasuni sub-district, Bangladesh. He dropped out of school in the first grade to work. He started as an  "apprentice" at the brickworks, unpaid labor that typically comes with a meal. Arieful is enrolled in a second-chance education program supported by UNICEF. School hours are planned for after the children finish work, but during brick season, when work is busy, his attendance is irregular. © UNICEF/UN016320/Gilbertson VII Photo

The ILO found that a majority of child laborers between the ages of 5 and 17 work in agriculture, including farming, fishing, forestry and livestock. The incidence of child labor in countries affected by armed conflict is 77 percent higher than the global average, while the number of children involved in hazardous work is 50 percent higher.

Refugee children run an increased risk of falling into child labor. Seven years of conflict in Syria has driven increasing numbers of Syrian refugee children into the workforce throughout the world. In Turkey, many struggling Syrian refugee families send their children to work on the streets and in seasonal agriculture, auto mechanics and textile and shoe factories. An estimated 180,000 Syrian refugee children, some as young as 7 years old, are working in Lebanon, most in the agricultural sector, planting and picking potatoes. 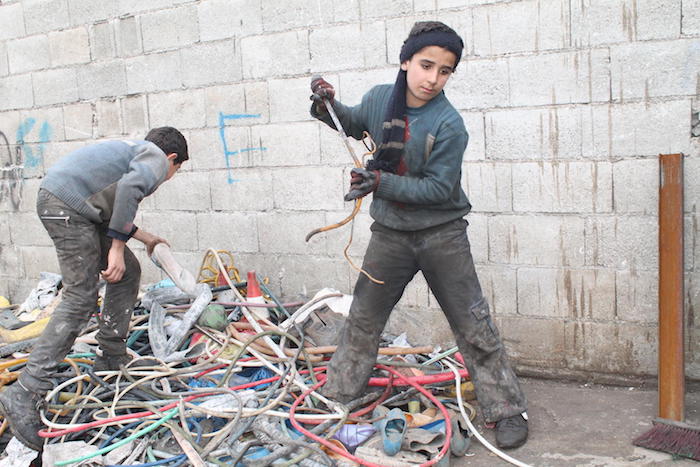 Refugee children are at an increased risk of being pressed into dangerous and unsuitable work. These Syrian refugee boys work in Turkey. They are not in school. © UNICEF/UN0154133/Noorani

Conscientious consumers have the power to change industry practices for the better. Here are some of the ways you can help:

Consult the U.S. Department of Labor's list of products that are at high risk of utilizing child and forced labor. In the least developed countries, around one in four children between the ages of 5 and 17 are doing jobs that are considered detrimental to their health and well-being. In most countries, girls are as likely as boys to be engaged in child labor.

Percentage of children aged 5 to 17 engaged in child labor in 2017, by region 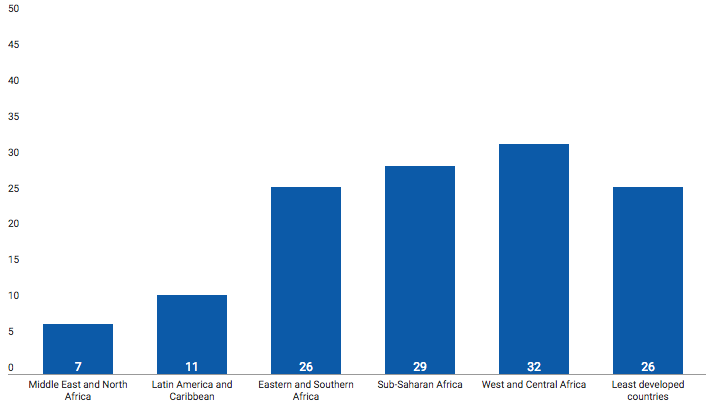 Source: UNICEF global databases, 2017, based on Demographic and Health Surveys (DHS), Multiple Indicator Cluster Surveys (MICS) and other nationally representative surveys, 2010-1016. Note: Regional estimates represent data from countries covering at least 50 percent of the regional population of children between the ages of 5 and 17. Data coverage was insufficient to calculate a global estimate and regional estimates for East Asia and the Pacific, Eastern Europe and Central Asia, North America, South Asia and Western Europe.

By calling on companies to exhibit a transparent, ethical supply chain, we can create a demand for ethically sourced products

Check your label. Be vigilant: do some research on where your clothing comes from. The five steps involved in cotton production, for example — planting, harvesting, ginning, spinning and trimming — all rely on child labor in some parts of the world. Investigators have found cotton being harvested by children as young as 5 working 16-hour days.

Buy only ethically sourced clothes from companies that treat their workers fairly. Shop in secondhand stores.

By calling on companies to exhibit a transparent, ethical supply chain, we can create a demand for ethically sourced products. Look for the Fair Trade certification before you buy: it verifies that the supply chain is exploitation-free. Host a Fair Trade dinner party to educate your friends.

Top photo: Amira works long hours in the fields in Turkey. Turkey has made tremendous progress in reducing the number of children engaged in labor since the early 1990s. Yet an estimated 850,000 children remain engaged in child labor, 400,000 of them working in season agriculture. The persistence of child labor poses a serious threat to children's well-being, endangers their health and prevents them from getting an education. © UNICEF/UN064360/Feyizoglu