A Syrian Refugee Family Starts Over in Berlin

"We made every place special by taking photographs," says Amira Raslan, a 26-year-old Syrian, who today lives with her family in Berlin. "Like when we passed over a border, we'd say, 'Oh, great! We made it to Serbia! Picture! Picture!' We didn't want it to be like a refugee journey, but like a family trip."

The Raslans escaped Homs, Syria in 2012 after the frontline of Syria's brutal civil war moved into their neighborhood. Tanks rolled down their street, followed by infantry soldiers. "They were going house to house killing people. Girls were raped in front of their families," Amira recalls. "We left immediately, without our clothes, without anything."

In 2015, after two years in a Lebanese refugee camp and a dangerous boat crossing to Greece, the family arrived in Germany, where they stayed in a school gymnasium turned shelter (below) before moving to refugee housing in a converted 8-story office tower in Berlin. The twins, 8-year-old Jannat and Amr, are in school. 5-year-old Karam will join them when he is old enough. "We came here as a family, to have a new life, to learn German culture," says Amira. 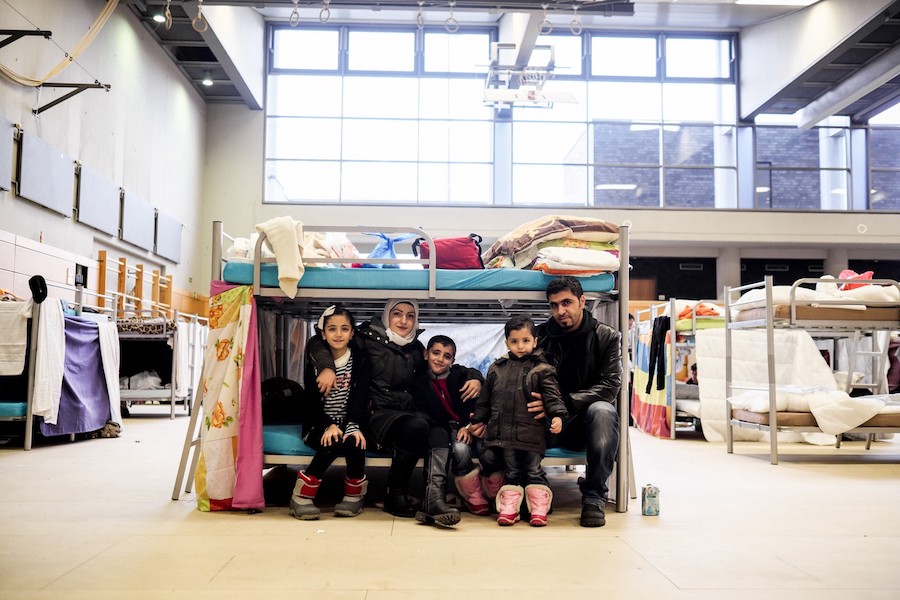 Along the way, the family took photographs. "Our two boys are afraid of policemen and soldiers," she said quietly, careful not to upset her nearby children. "So, when we would see them on the trip, we told the kids they were there to protect us, and we'd take photos of the kids in front of them."

"I had more than 2,000 photos," her husband, Khaled, 34, says. He's the designated photographer of the family. "I had photos of my children when we lived in Syria, in the camp in Lebanon, the boat going to Greece and photos all the way to Germany." 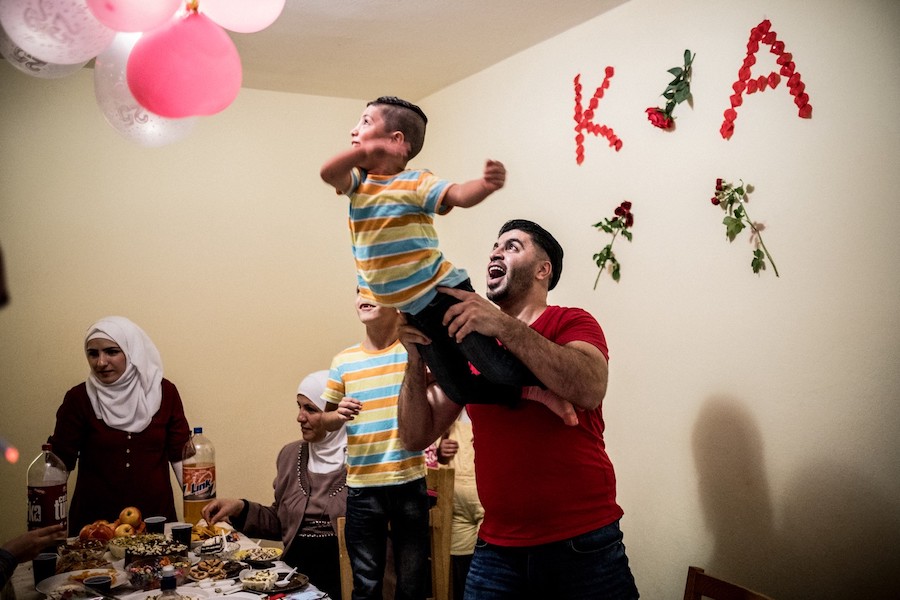 In the chaos of the 2015 refugee crisis, Khaled's cellphone was stolen soon after he arrived. "Before that, I didn't have Instagram," Khaled says. "Now I upload all of my photographs, so if my phone breaks or gets stolen again, I still have my photos. It's like a photo album — those are our memories that I want to keep." 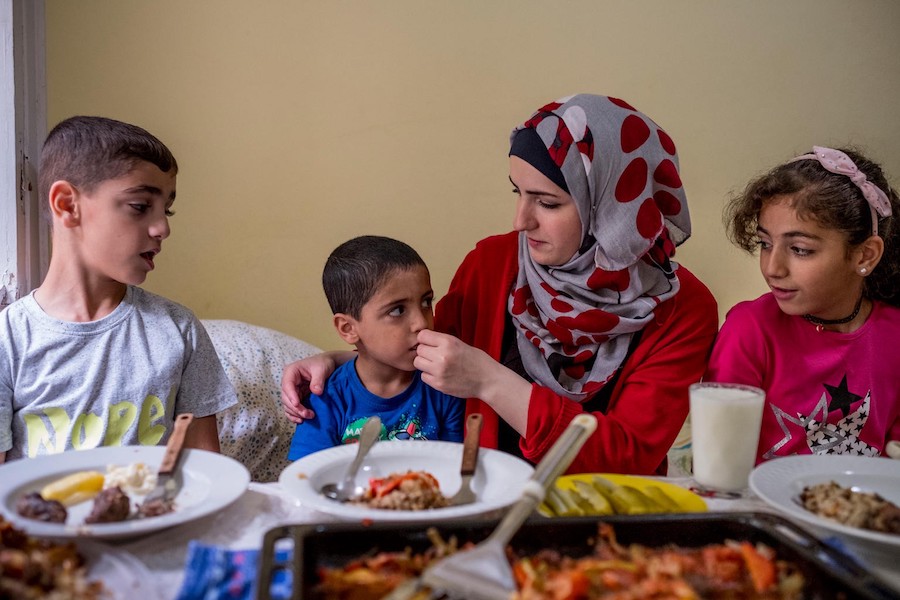 "Karam was not like other kids," he says. "He was born with an impairment. He couldn't walk. He had two surgeries. I learned the techniques and did them for three and a half years, all the massages and the physiotherapy until he was able to walk."

Khaled scrolls through his phone to the first photograph on his feed. 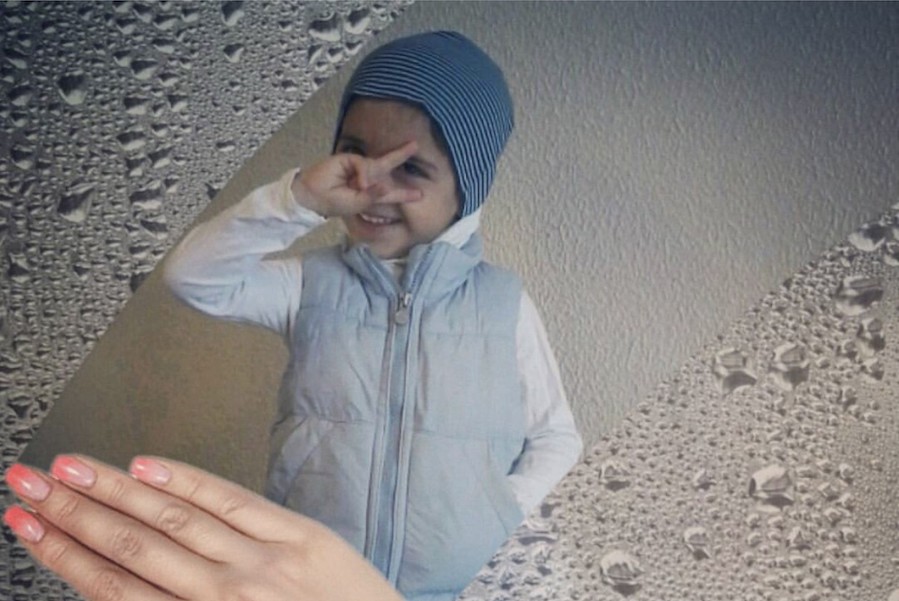 "In this photo, he was so happy. It was a life-changing moment when he was finally able to walk and then run. The hand and the water droplets are there to show we are cleaning away the past and that he has a new life." 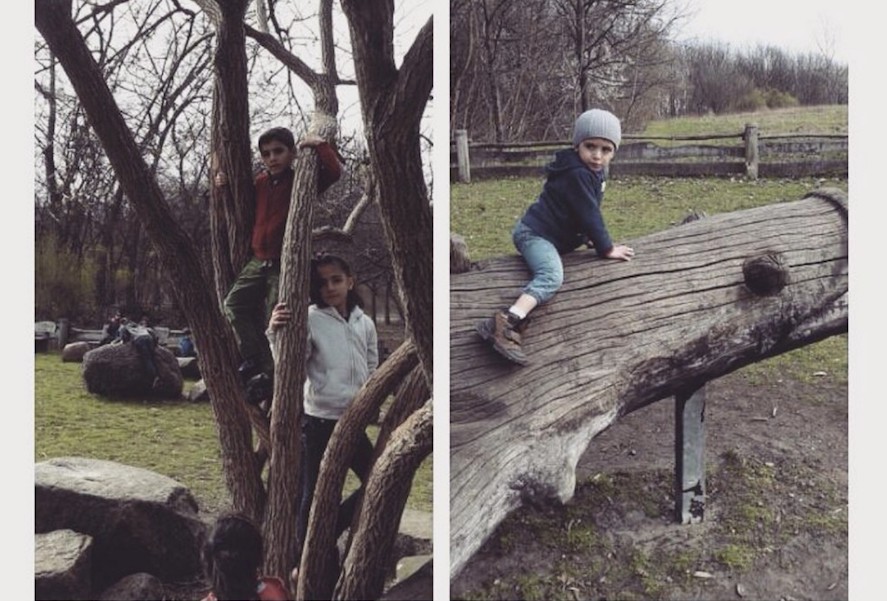 "These photos symbolize a time before the war started. That's how I knew the kids before the fighting began," Khaled says. "We lived in the old shelter then. We went out for a walk into this park. That was the first time in Germany that they had played without fear. It took them three months to get to that point." 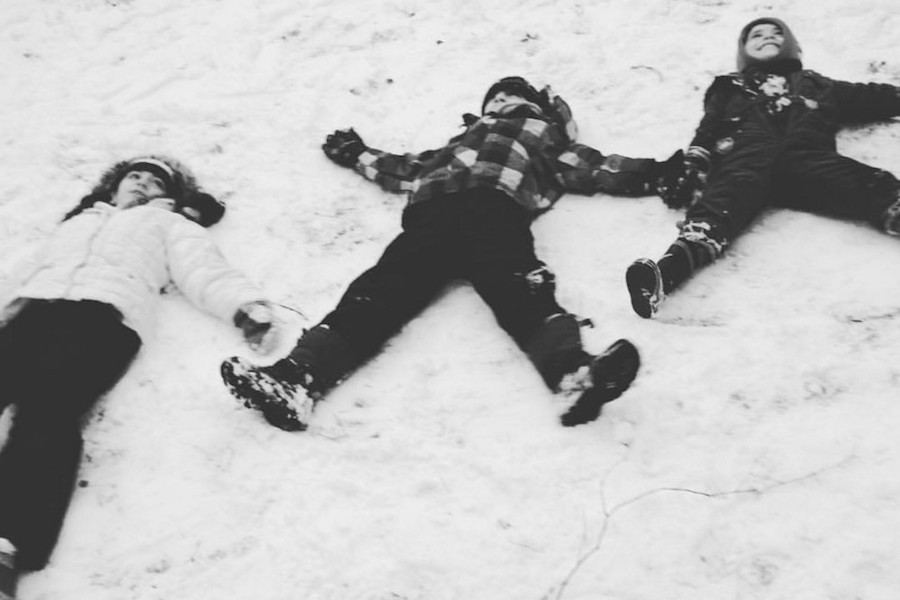 As Amira and Khaled look through their photo album, a Whatsapp message notification appears on the screen. It's a video from his brother in Syria. He's at their family apartment in Homs. The video shows the condition: There's nothing there. 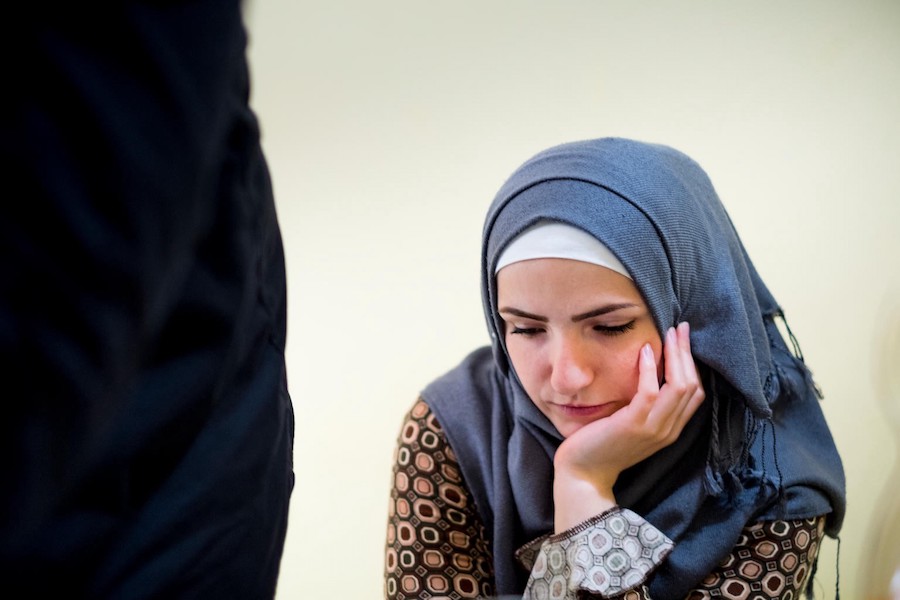 Some photos have come in now showing the building's exterior and the street outside. Khaled is barely able to talk. Amira is motionless.

"To go back, we would need 30,000 Euros to fix our home," Khaled says. "I see my apartment, my neighborhood, the street I used to live on. And now it's all been destroyed." He's trying to be rational about it, but the tears gathering in Khaled's eyes give him away. His worry is that the family's protection status might be revoked, and they might be deported back to Syria. Even as the family makes sure-footed steps toward integrating into German society, the ground never feels stable. 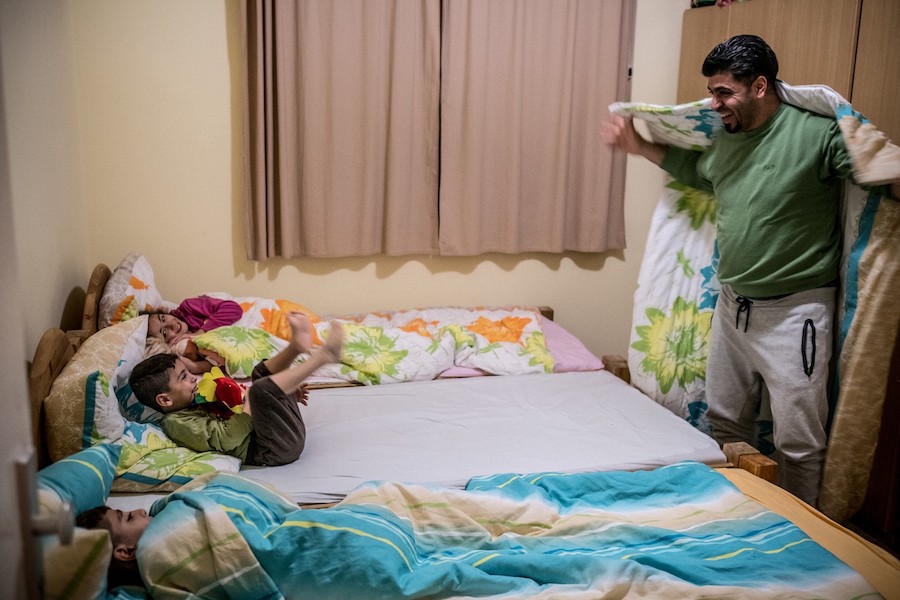 These new photos from Homs will not make it into the Instagram family photo album. That's reserved for memories they want to keep: The kids playing in the snow in Germany for the first time, the first day of school, kids' birthday celebrations and more.

"What makes our family special is that we're ambitious and always able to find the positives," says Amira. "Now is better than before, and the next stage will be even better."

Read more about the Raslan family's experiences as they settle in Germany after fleeing the Syrian conflict:

All photos by Ashley Gilbertson / VII Photo for UNICEF