Stories of Suffering, Stories of Hope: A Reflection

For her first field trip as UNICEF's Executive Director, Catherine Russell went to Pakistan and Afghanistan, where she met children, adolescents and mothers and listened to their stories. "Children are so resilient and can often bounce back, no matter the hardships. They just need support." This is Russell's personal account, originally published on unicef.org.

One of the first things I wanted to do as Executive Director is to see for myself how we work on the ground to help children and to meet some of the teams working day and night to do that.

Deciding on which country to visit first felt a bit like choosing a favorite child. I wanted to see how we respond to humanitarian crises and how we help build systems longer term, so last week I went to Pakistan and Afghanistan.

You can read my statements about the trip here and here,  but right now, I want to tell you about some of the children, young people and mothers I met.

Meet Taqwa Ahmad, from Punjab, Pakistan. She’s only 14, and already a motivational speaker with several awards under her belt for her advocacy in support of children and adolescents with disabilities in Pakistan. She told me she wanted to be a Secretary-General of the United Nations when she grows up, and with a resume like that at such a young age, I have no doubt that she’s destined for greatness. 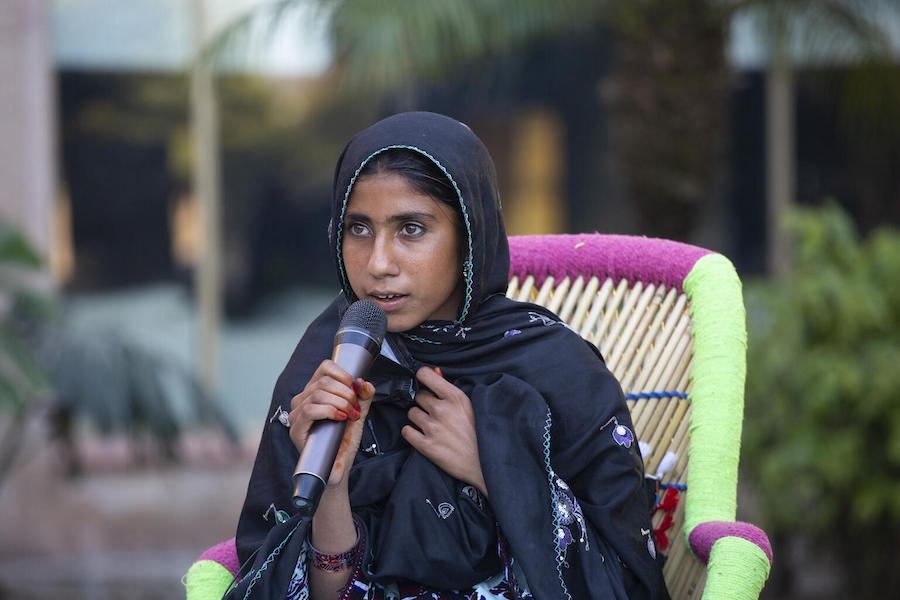 This here is Shahnaz. She’s also 14 and lives in an impoverished community of 110 families on the outskirts of Quetta, the provincial capital of Pakistan’s Balochistan. When UNICEF helped open a center for accelerated learning in her village, her father, Mira Khan, was hired there as the only teacher. At the time, only boys could enroll, but Shahnaz wanted to go to school so badly that, with her father’s backing, she decided to pretend to be a boy.  The center opened a second class for girls and Shahnaz is now able to study freely. Her trip to meet me in Islamabad was her first time ever visiting a city. 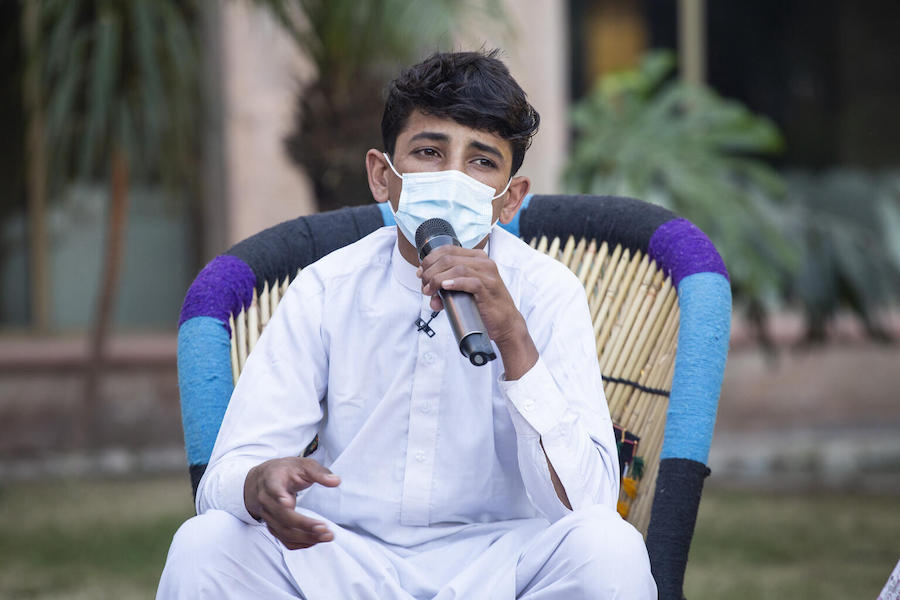 Amiraan is 14 and also from Quetta. He used to work as a laborer in a vegetable market to support his family and had never been to school until he heard about the centers for accelerated learning that UNICEF supports. At the center, Amiraan learned basic math, which gave him the confidence to set up his own vegetable stall in the market, along with a fellow student. He now works at his stall in the morning and goes to the center to study in the afternoon. Win-win. 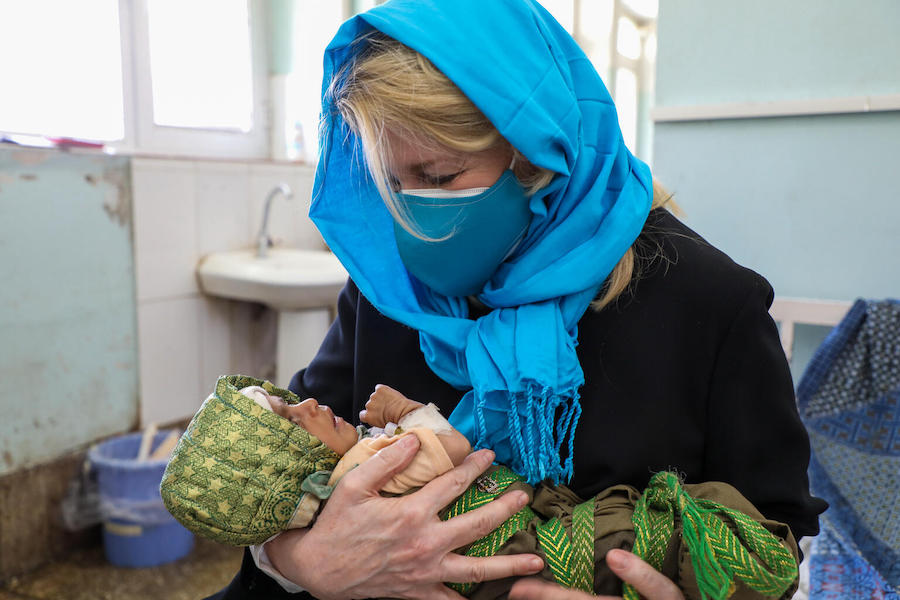 This is Wahida from Kandahar, Afghanistan. She’s 3 months old and severely malnourished. When I held her, I could barely feel her weight in my arms. Her mother brought her to the hospital for treatment. As I was talking to the mother, I put my hand on her back and I could feel her bones. By the time parents decide to bring their children in for treatment, you can be sure that the whole family is struggling. 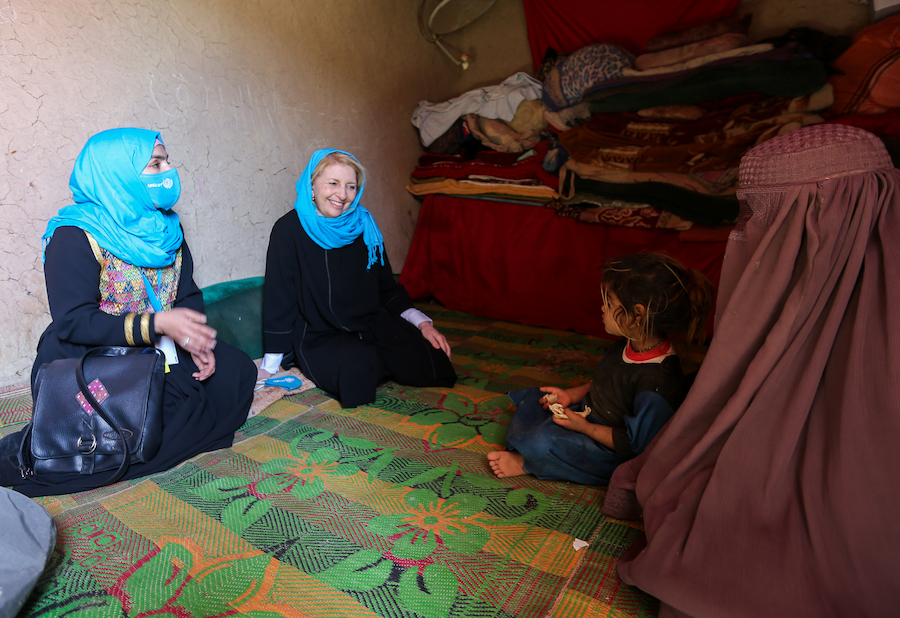 Saeeda, above right, has five children — two daughters and three sons. She is 25 years old. Her husband is a day laborer. The entire family lives in a single-room mud house that the father built. The roof leaks every time it rains. They keep mattresses and blankets stacked up against a wall during the day and roll them out at night to sleep. On most days, the family lives on bread and water. When the father finds work, he brings home some potatoes. Neither parent can read and yet they are both intent on sending their children to school.

“We want them to have better opportunities in life,” she told me.

In both Pakistan and Afghanistan, I heard stories of suffering but also stories of hope. Children are so resilient and can often bounce back, no matter the hardships. They just need support.

We owe it to the Taqwas, Shahnazes, Amiraans and Wahidas of this world to give them the help they need to achieve the potential they are capable of. That’s why UNICEF teams are on the ground, going above and beyond to help children learn, stay healthy and feel protected.

But for us to do this work well and do it meaningfully, we need funding. We need political will. We need a clear commitment from everyone to always put children first.

UNICEF works in over 190 countries and territories to support vulnerable children, protect their rights and help them survive and thrive. Donate today.