Standing Up for #HerToo

On the anniversary of #MeToo, UNICEF remains committed to ending sexual violence against girls and women — particularly those who cannot speak out for themselves.

120 million girls from every corner of the world have experienced sexual violence. Last year, UNICEF donations reached 3.6 million girls and women with services to prevent and respond to gender-based violence in crises.

In the year since the #MeToo movement took social media by storm, sexual violence against girls and women has remained firmly at the forefront of the global conversation. Yet while many have come forward to share their stories of sexual assault and harassment, countless others continue to suffer in silence.

9 million girls between the ages of 15 and 19  were sexually assaulted last year. Only 1 percent reached out for professional help.

Data from 30 countries shows that of the 9 million 15- to 19-year-old girls who were victims of sexual assault in 2017, only 1 percent reached out for professional help. In many communities, victims of sexual and gender-based violence have nowhere to turn. To give voice to these girls and women, UNICEF USA launched its own campaign: #HerToo. 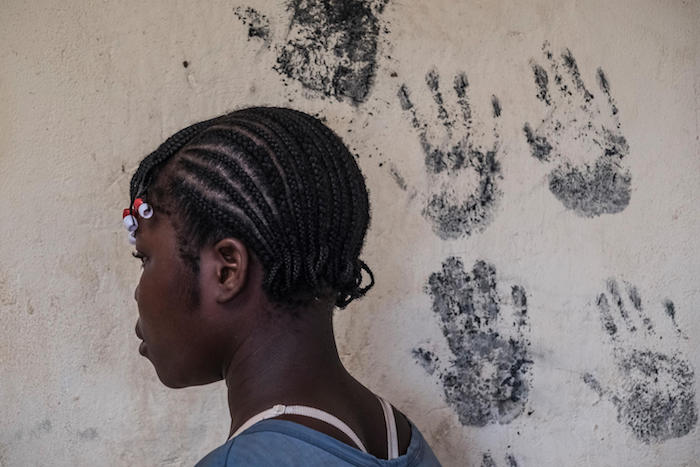 Girls and women have been routinely targeted for violence during armed conflict in the Central African Republic. © UNICEF/UN0149414/Sokhin

Emergencies, displacement and conflict place girls and women at increased risk of sexual assault and abuse. During conflict, sexual violence is often used as a weapon of war. In emergencies, adolescent girls are particularly vulnerable to gender-based violence as they are often separated from their families and communities.

In 2008, the United Nations officially recognized sexual violence against women during conflicts as a war crime. UNICEF works to protect and support girls and women who have been brutalized during ethnic cleansing campaigns and other conflicts, promote policy reform and remove the stigmatization of girls and women who have been sexually assaulted.

Earlier this month, the Nobel Peace Prize was awarded to two people who have taken important steps to protect girls and women from sexual violence. Nadia Murad, an Iraqi human rights activist, survived sexual violence by the Islamic State. Dr. Denis Mukwege, a Congolese gynecological surgeon, has treated thousands of women and girls who survived rape and other forms of sexual abuse, which has been used as a weapon of war since armed conflict began in the Democratic Republic of the Congo (DRC) in 1995.

UNICEF Deputy Executive Director Fatoumata Ndiaye launches a joint initiative providing psychosocial support and life skills training for victims of sexual exploitation and abuse in Sake town, North Kivo, Democratic Republic of the Congo (DRC) in May 2018. Sexual violence has been used as a weapon of war in the DRC for more than 20 years.  © UNICEF/UN0213319/Naftalin

Survivors of sexual violence are among the most marginalized of the 900,000 Rohingya refugees who have been forced out of Myanmar into Bangladesh since August 2017. Some heavily pregnant Rohingya women told UNICEF researchers that they are afraid to leave their makeshift shelters in the refugee camps because of the stigma associated with sexual violence. UNICEF staff and partner agencies are working to help Rohingya refugee women rebuild their lives, including offering medical care and advice on maternal and infant health. 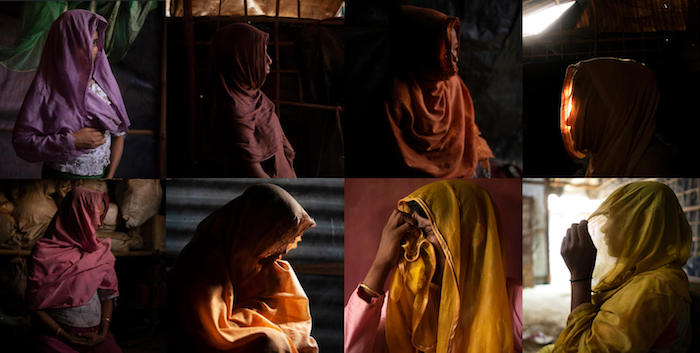 Rohingya refugee women giving birth in Bangladesh are rebuilding their lives following their enforced exodus from Myanmar. Survivors of sexual violence are among the most marginalized of the 900,000 Rohingya refugees who have poured into Bangladesh since August 2017. © UNICEF/UN0209329/Sokol

UNICEF is working worldwide to end violence against girls and women

One in three women — more than 1 billion worldwide — have experienced either physical and/or sexual violence in their lives. UNICEF works worldwide to end violence against girls and women through education, protection and policy reform. 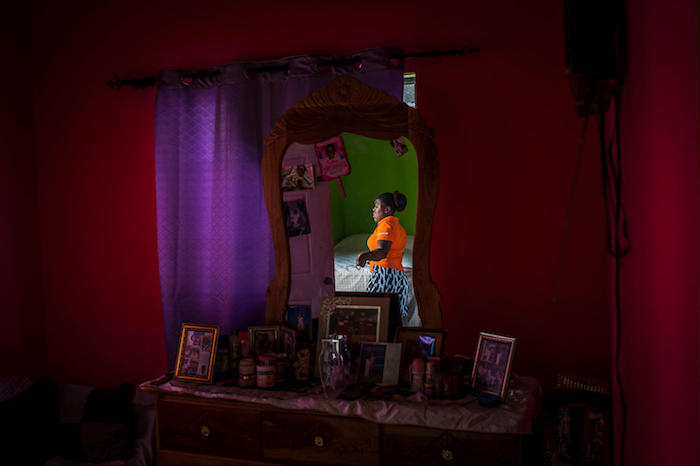 Sexually assaulted repeatedly by an uncle from age 12 to age 15, Monique, 27, transitioned from being a client to a full-time employee at EVE for Life, a UNICEF-supported non-governmental organization founded in 2008 to support women and children living with or affected by HIV and AIDS in Jamaica. EVE for Life's programs support and empower survivors of sexual violence and provide mentorship to young mothers, some of whom are living with HIV/AIDS. © UNICEF/UN0220607/Volpe

Please donate now to help UNICEF end violence against girls and women once and for all.

Top photo: Children are regularly recruited by militias in the Democratic Republic of the Congo (DRC). A UNICEF-supported reintegration center offers shelter and counseling for children and adolescents released by armed groups in Kanaga, Kasaï region, DRC. © UNICEF/UN0185847/Tremeau