Stand for Freedom: Shut Out Trafficking at Tulane University

This year, the End Trafficking project has partnered with the National Consortium for Academics and Sports (NCAS) to implement Shut Out Trafficking on ten university and college campuses across the US over the next year, in an effort to raise awareness and promote action to end human trafficking. This blog posts features Shut Out Trafficking at Tulane University, which took place between October 27-31, 2014. This post is part of a blog series on the 2014-2015 Shut Out Trafficking initiative.

When my boss first tasked me with planning Tulane’s Shut Out Trafficking week, I didn’t understand why our athletics department wanted to get involved in this issue. What came to my mind when I heard human trafficking was a poor, distant country full of people who are already being exploited on numerous levels. At that time, I certainly did not grasp the widespread horrors of human trafficking, nor realize that New Orleans – my home, the city that has raised and shaped me over the past five years – is a human trafficking hot spot.

After searching online to learn more about human trafficking, I found out just how wrong my initial thoughts were. Even the basic definition was a surprise to me. The more I read and discovered, the more I knew that I wanted Tulane’s Shut Out Trafficking week to be dynamic and actually impact the New Orleans community. I was no longer just doing my job; I was becoming an engaged participant in raising awareness about human trafficking.

I started to investige the issue in my local community, and eventually I stumbled upon the right people and organizations to talk to: the Louisiana human trafficking experts. The people who could finally answer my questions of, “How does this happen here, in New Orleans, in America?” and, “What should we do to raise awareness, combat this, and make a difference?” 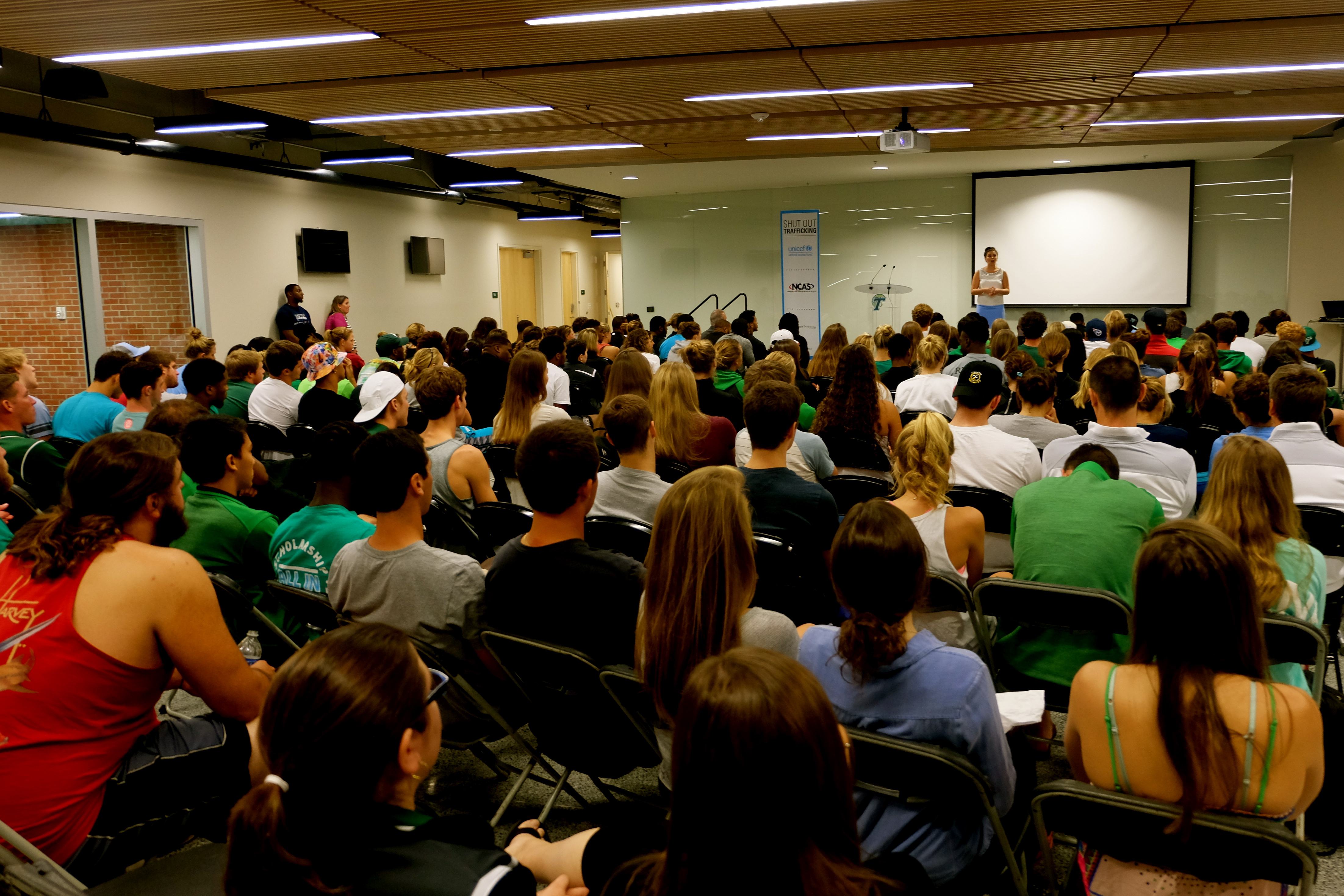 Those experts, my co-planners, the Tulane athletics department, the Tulane community, the New Orleans community – everyone I came into contact with – banded together and made our Shut Out Trafficking week a huge success. Since human trafficking is such a heavy, hard-hitting issue, I was worried that engaging an audience would be difficult in light of it being the week of Halloween. I ended up being blown away by the crowds. Both our kick-off event with Dr. Richard Lapchick and our lunch talk with Dr. Laura Murphy were standing room only. The Not My Life documentary screening and panel discussion - with five experts from all sides of the human trafficking issue - had a full audience, despite vying for attention against the New Orleans Saints’ Thursday night game. 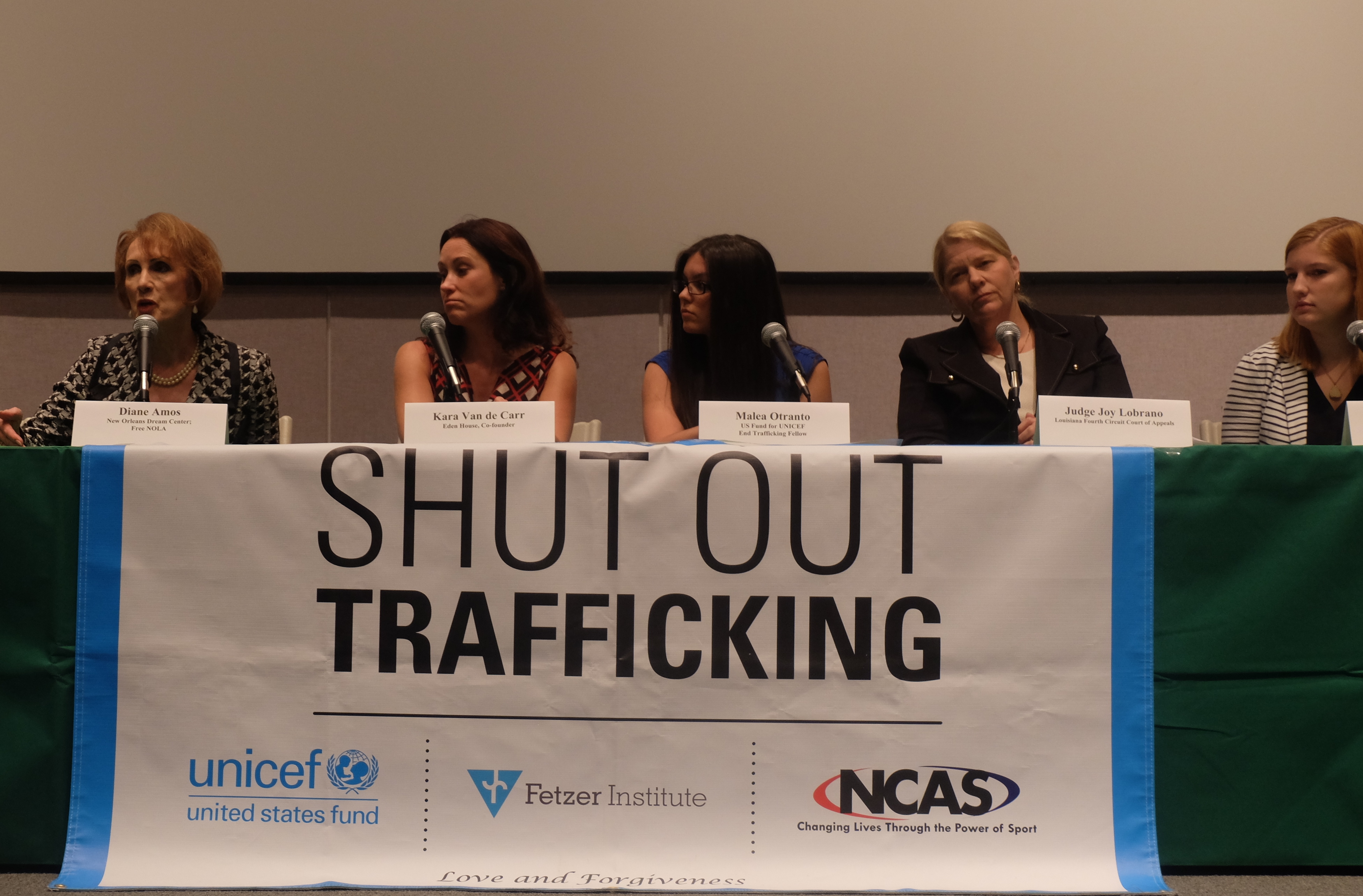 Organizing Shut Out Trafficking week opened myeyes to an entirely new side of social activism. I have always considered myself a socially conscious person, knowledgeable and concerned about the issues facing people around the world. I want to help, I want to be involved, and I want to enact a positive change. This experience has helped me to do that because at the end of the week, I feel 100 percent certain that our programming made a difference. One of the best parts of Shut Out Trafficking week for me was being able to watch people learn more about human trafficking around the world and here in the U.S., and then immediately want to get involved. 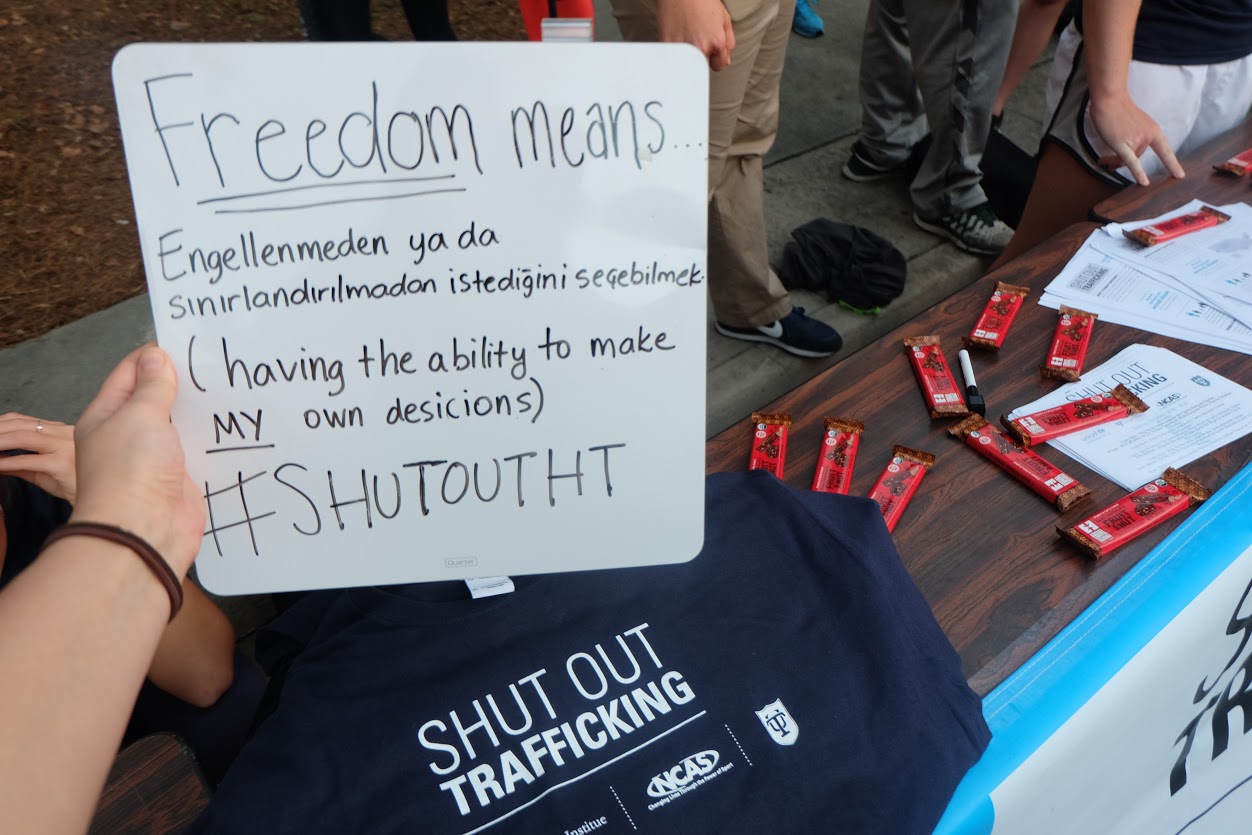