Sidelined in Afghanistan, a Wheelchair Athlete Refuses to Give Up

One year ago, girls and women were denied the right to play sports in Afghanistan, especially in public. But young changemakers like Fatima are determined to reach their full potential.

MAZAR-E-SHARIF, AFGHANISTAN – Fatima was born with a disability which confines her to a wheelchair. When she started school, she endured bullying and insults. She would often come home crying.

But her parents were supportive, and Fatima refused to give up on herself. In 2018, she joined a wheelchair basketball team organized by a community organization in Mazar, and she even captained the wheelchair running team. For four years, she led the basketball team, empowering herself and other girls with disabilities.

After I learned basketball, people told me I was a role model for others, especially children with disabilities. When I heard that, I felt so proud, and I continued playing.

“When I first started playing basketball, I found it very challenging and I thought I would not be able to continue doing it,” said Fatima. "But after I learned basketball, people told me I was a role model for others, especially children with disabilities. When I heard that, I felt so proud, and I continued playing." 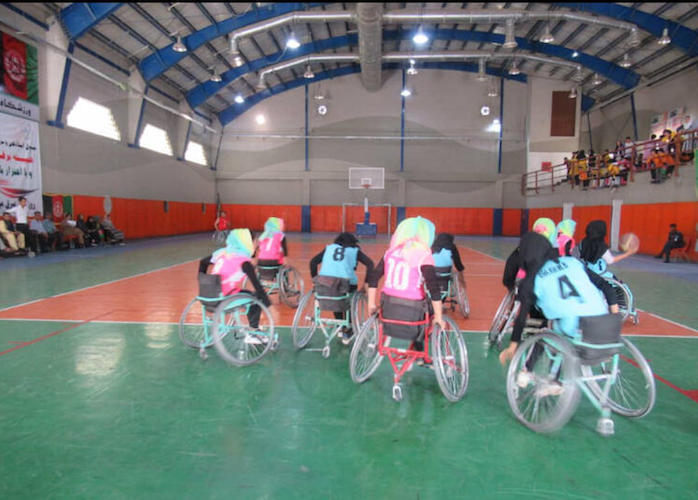 Fatima and her teammates run a basketball drill in Mazar-e-Sharif, Afghanistan in 2020. © UNICEF Afghanistan/UN0683274

In May 2021, UNICEF engaged Fatima in the “Changemakers” initiative aimed at encouraging young people to speak up and speak out on issues that matter to them.

One day a month, Changemakers like Fatima took charge of UNICEF Afghanistan's social media accounts. She used this opportunity to highlight the importance of sports and education for young girls, discuss equity for young people with disabilities and more.

“I felt really proud when UNICEF selected me as a Changemaker to share my thoughts on social media,” Fatima recalls. "I was happy to use UNICEF platforms to talk about the challenges of children with disabilities, and the issues they face in their everyday lives." 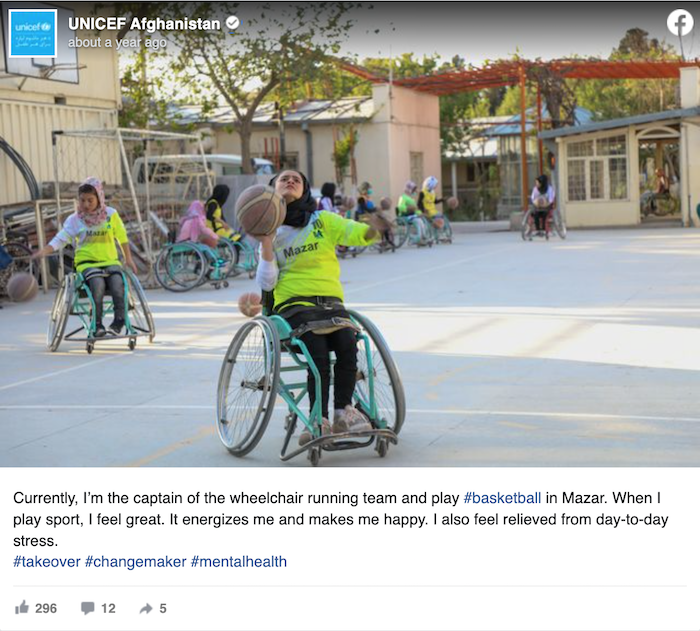 Unfortunately, after August 2021, girls in Afghanistan were no longer allowed to play sports, especially in public.

“I was shocked when I heard that I could not continue practicing basketball,” Fatima lamented. “My dream was crushed. My tongue stopped and I could not say anything. It was a very painful moment for me, and I thought for a moment that my whole future was destroyed.”

“Currently, they feel hopeless and desperate,” Fatima said. “We worked for four years to build our team and improve our skills, but we lost everything in just a few days.” 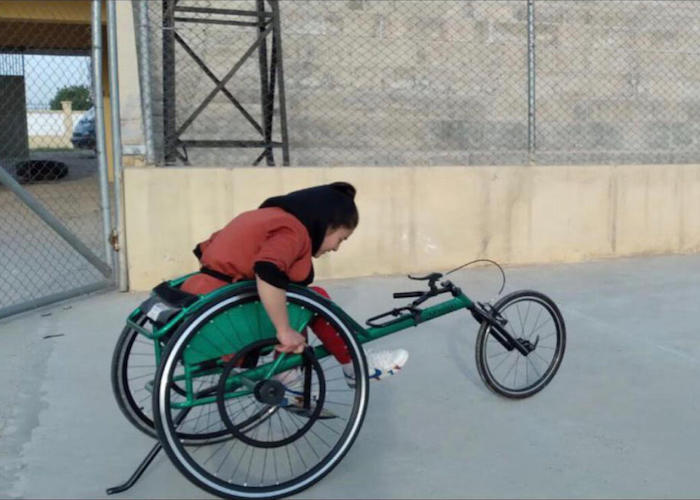 Fatima has begun to adjust to her new challenges and is currently preparing for Kankor, a university entrance exam for a private institution. She hopes to become a journalist.

“If I could at least continue my studies, I could become a strong female journalist," she said. "I will not give up.”

UNICEF won't stop until the rights of every girl and boy are respected and every child has the opportunity to reach their full potential. Support UNICEF's lifesaving work in Afghanistan today.

Top photo: Fatima, a teenage wheelchair athlete in Afghanistan, is no longer permitted to play because she is a girl. She published social posts on the power of sports and education for girls as part of her monthly 'takeover' of UNICEF Afghanistan's Facebook account while participating in UNICEF's Changemakers program in 2021.  © UNICEF Afghanistan/UN0683275