Shut Out Trafficking began as a partnership between the U.S. Fund for UNICEF’s End Trafficking project and the National Consortium for Academics and Sports (NCAS), with funding from the Fetzer Institute, to bring awareness to the issue of human trafficking in the United States and abroad. By leveraging resources and combining efforts of the two partnering organizations, this initiative used athletic communities on college campuses across the country as platforms to engage and mobilize students, providing them with tools and knowledge to take meaningful action in their communities. Each school hosted a weeks’ worth of outreach events to raise awareness about human trafficking. 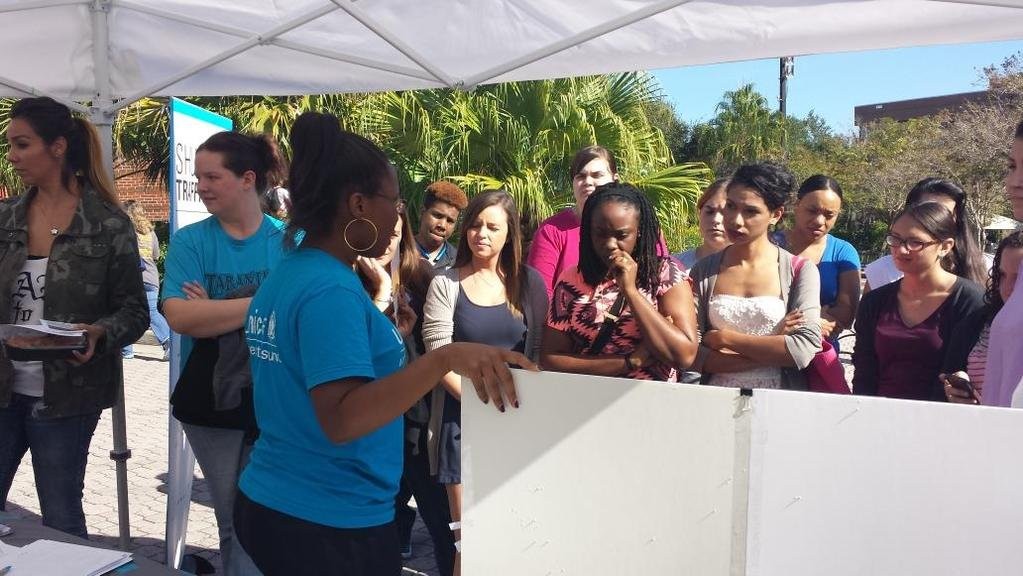 The End Trafficking team trained coordinators and volunteers at each school, providing an overview of the issue of human trafficking, as well as in-depth discussions on how to build a team of advocates, and what a sample week of events might look like for a school’s Shut Out Trafficking program. Each school was given flexibility in developing a week of programming to fit their diverse communities, but all included these two events during their week: one screening of the film Not My Life, and one keynote presentation featuring Dr. Richard Lapchick and a member of the UNICEF USA End Trafficking project. During the keynote presentations, Dr. Lapchick spoke about his experience as a civil and human rights activist, while Emily, Malea, and Sarah provided insight into the global and domestic picture of human trafficking. SOT also had a tremendous impact through online media with numerous blogs, press releases, and news clips, and a total of 10.9 million impressions on Twitter with the hashtag #ShutOutHT.

Having far exceeded our expectations, The Shut Out Trafficking Team looks forward to continuing this initiative throughout the 2015-2016 school year. Each of the ten participating schools this year will implement at least one day of human trafficking awareness next year. In addition, ten new schools will be selected to implement the full week-long Shut Out Trafficking initiative at their campus.

Stayed tuned for later this summer when we announce the 2015-2016 schools – Shut Out Trafficking may be coming to a city near you! 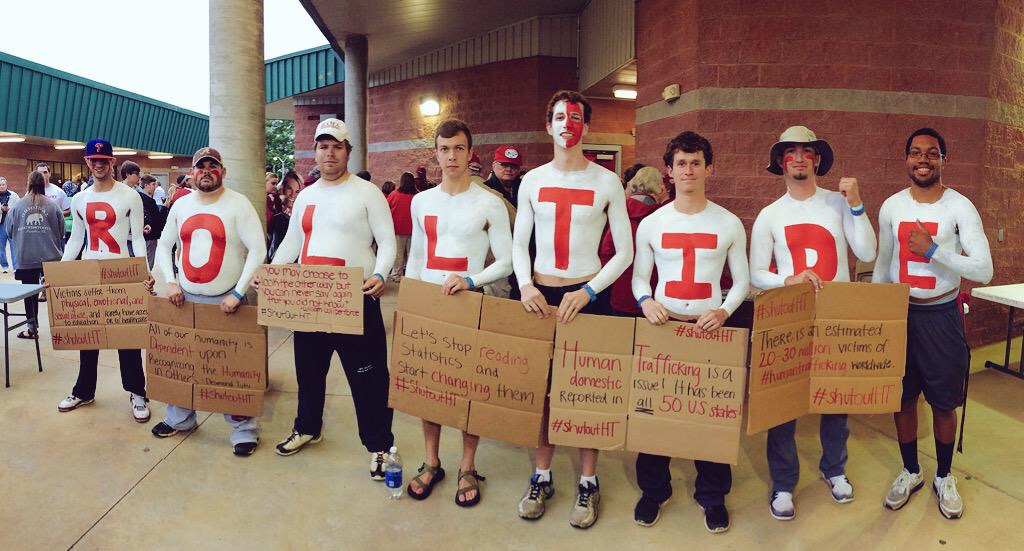 For additional information about the Shut Out Trafficking initiative, please contact endtrafficking@unicefusa.org.