Shut Out Trafficking Launches Across the US | UNICEF USA

Shut Out Trafficking Launches Across the US

This year, the End Trafficking project has partnered with the National Consortium for Academics and Sports (NCAS) to implement Shut Out Trafficking on ten university and college campuses across the US over the next academic year to raise awareness and promote action to end human trafficking. This is the first of our story series to bring the stories and successes of this program to you.

This year, the End Trafficking project has partnered with the National Consortium for Academics and Sports (NCAS) to implement Shut Out Trafficking on ten university and college campuses across the US over the next academic year. The project will use sports as a platform to help inform campuses about trafficking by utilizing the draw of student-athletes, coaches, and athletic administrators to engage the larger student body on the issue.

In partnerships with schools, we will host week-long outreach programs including PSAs, screenings of Not My Life, academic lectures, and more. In the fall, Shut Out Trafficking will take place at the following schools: La Salle University, St. John's University, Brown University, and University of Central Florida.

Last week, we launched our program at La Salle University, and engaged over 1,000 students through four events:

Aida Marcal, alumna of La Salle who leads criminal investigations on human trafficking, spoke on her experiences working on the issue around the world. Alumni, students, and professors attended the event and asked engaging questions about how to address demand and how they could take action locally. 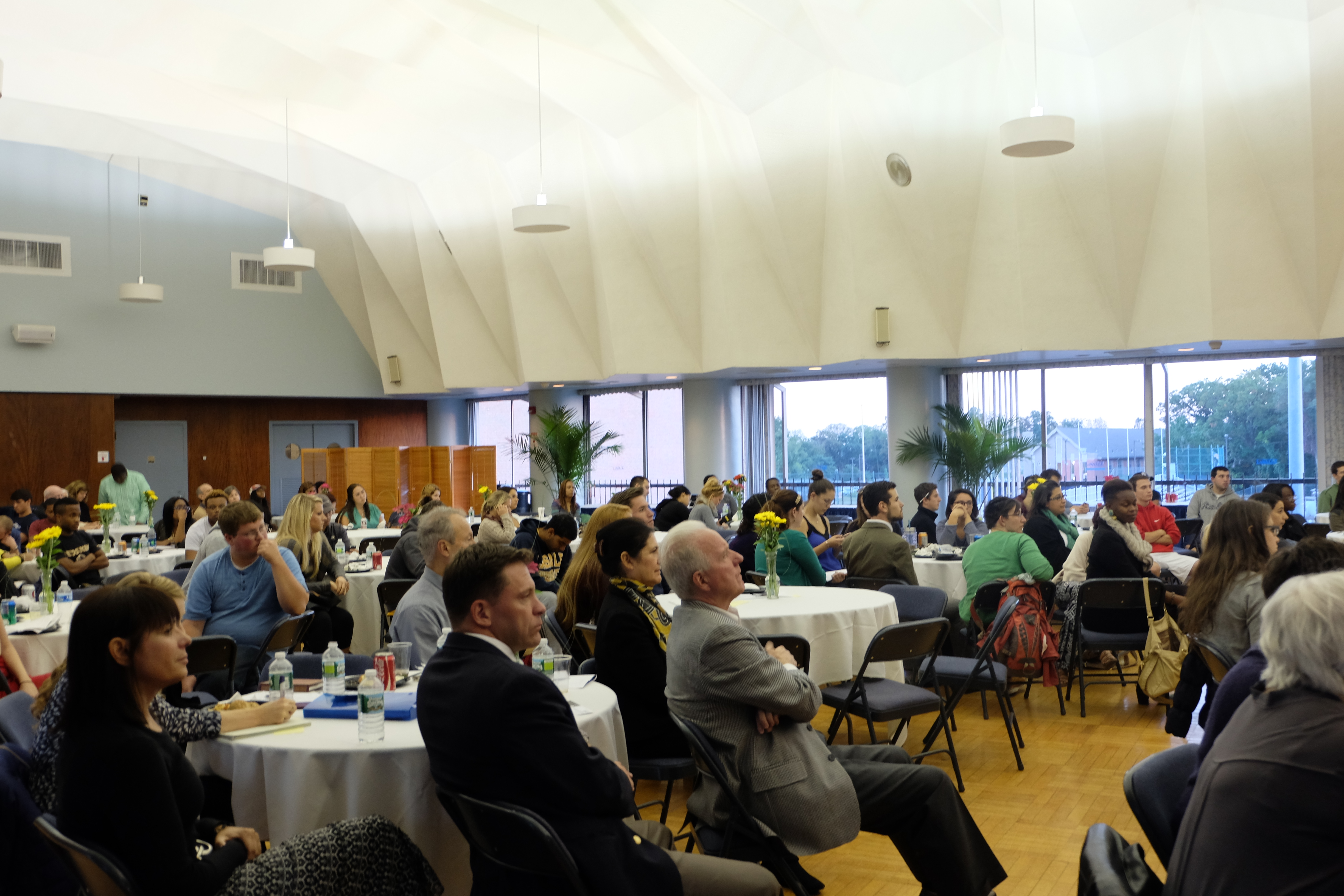 Alongside students and Student Affairs, we tabled in the Quad handing out resources and having students sign our advocacy alert asking for stronger legislation to help protect children in the US. The students had also created an interactive map of the US where people pinned trafficking cases on the relevant locatios, creating a wonderful visual for just how widespread the issue is across the country. Statistics and info graphics were displayed on the windows to draw attention to the issue throughout the week. An incredible display of 11 different vendors covered the Quad for the Fair Trade Fair selling and sampling anything from coffee to jewelry to woven baskets - all Fair Trade and ethically sourced! The largest presence at the Fair was held by Ten Thousand Villages, which has stores all over the country.

Our week closed with a film screening of Not My Life followed by a panel discussion. Through the stories of survivors, traffickers, and advocates, the film helped to illustrate what trafficking actually looks like around the world. Sarah Wilbanks, one of our End Trafficking Fellows, spoke on the panel to talk about UNICEF's work to protect children and what audience members could do to take action.

Continue to follow us over the next few months to learn more about how Shut Out Trafficking is being implemented at the other schools and how you can get involved. For more information, please contact endtrafficking@unicefusa.org or visit www.unicefusa.org/endtrafficking.