This year, the End Trafficking project has partnered with the National Consortium for Academics and Sports (NCAS) to implement Shut Out Trafficking on ten university and college campuses across the US to raise awareness and promote action to end human trafficking. This story features highlights from the week, which took place between March 30 - April 2, 2015. This is part of a series on the 2014-2015 Shut Out Trafficking initiative.

It was the first warm day of the year, and the entire Chicago State Women’s Basketball team was out on the main quad in full force. Instead of dribbling basketballs, however, the women were holding flyers and posters to raise awareness about Shut Out Trafficking week. Rather than running and jumping, they were dancing and laughing as they handed out educational material about human trafficking and the week’s activities.

Shut Out Trafficking at Chicago State University kicked-off on Monday, March 30th with a dual keynote by Dr. Richard Lapchick of the National Consortium for Academics and Sports, and Sarah Wilbanks, End Trafficking Fellow at the U.S. Fund for UNICEF. Dr. Lapchick spoke to the 150 student athletes, coaches, staff, and faculty present about his life’s work fighting for social justice and racial equality. Sarah talked about the issue of human trafficking on both a global and local scale, focusing on the severity of the sex trafficking problem in Chicago. 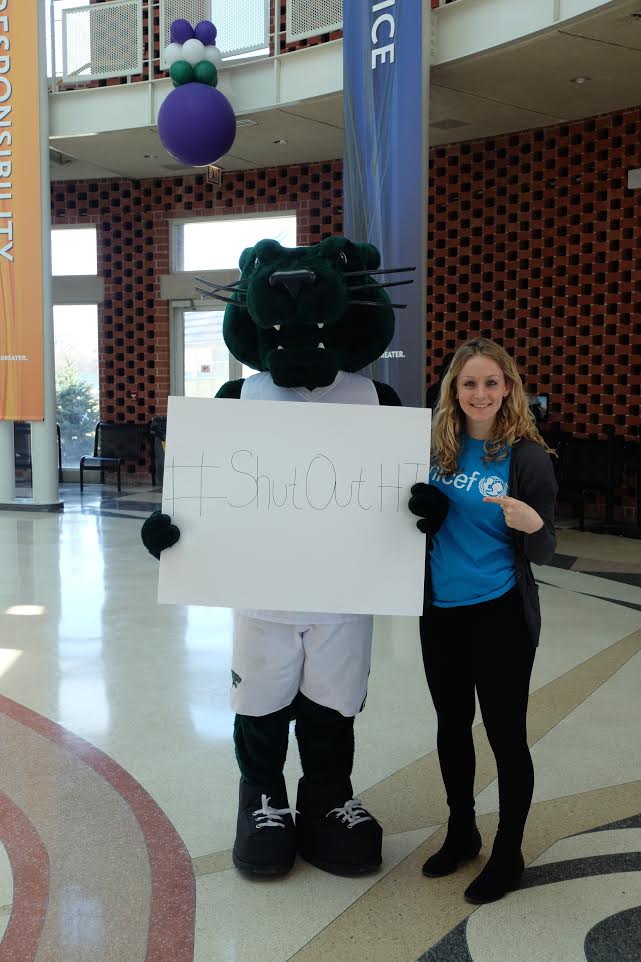 The week’s activities were as diverse as the student body itself, providing a variety of different opportunities for Chicago State students, the majority of whom are in their 30s and commute to campus, to get involved. From a home baseball game dedicated to raising awareness about human trafficking, to a film screening and discussion with Caleb Probst of the Chicago Alliance Against Sexual Exploitation (CAASE), to panel discussion that kicked off Chicago State’s Sexual Assault Awareness month with a discussion of the intersections between sex trafficking, domestic violence, and sexual assault, the Shut Out Trafficking initiative engaged more than 600 people at Chicago State University.

Perhaps one of the most significant aspects of the week was the introduction of Fair Trade into the Chicago State University, and greater South Side, Chicago community. Chicago, IL is a Fair Trade city, and one of the most successful in the entire country! Downtown Chicago is full of shops and markets that source Fair Trade products, and each year the city comes together for a Fair Trade festival in front of city hall. However, Fair Trade is not as incorporated into the South Side of Chicago, something that the organization Chicago Fair Trade hopes to change. 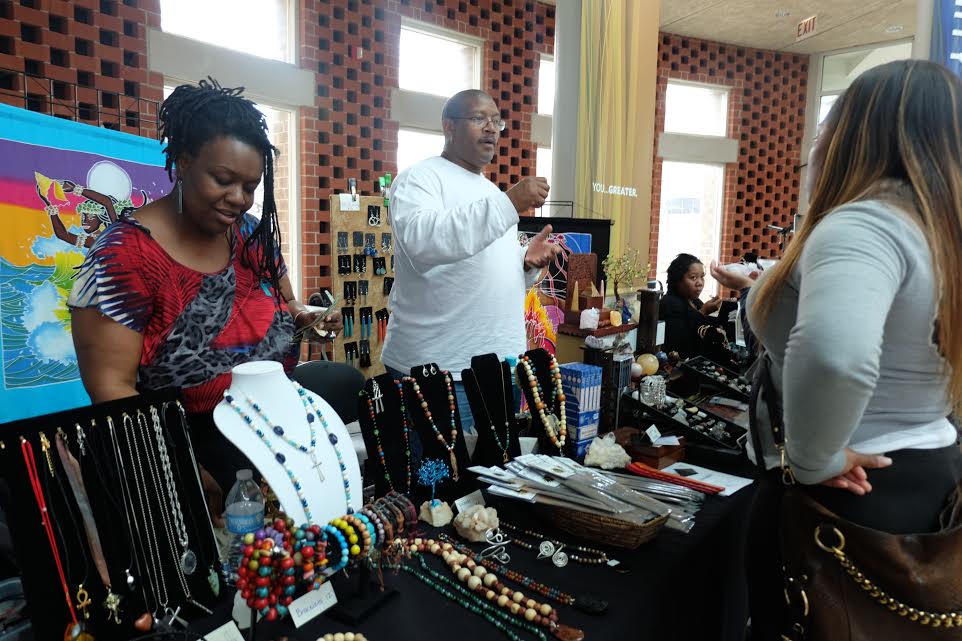 During the week, Angie Powell, Chicago Fair Trade board member and native of Chicago’s South Side, came to speak with students about the importance of Fair Trade and conscious consumerism. She led an interactive discussion, during which participants were asked to take the slaveryfootprint.org survey to find out how they were connected to labor trafficking. At the end of the week, Angie came back with eight other vendors for a Fair Trade fair held in Chicago State’s student union. Students had fun purchasing items and sampling chocolate. Athletics academic counselor and coordinator of Shut Out Trafficking at Chicago State, Phyllon Jackson, remarked, “We have been trying so hard to get Fair Trade into the South Side of Chicago, and this was our open door!”

The week’s spirit and impact was summed up by the energy of the women’s basketball team that first day. After spending two hours outside raising awareness for a cause they had adopted as their own, the athletes gathered together for a team photo. Amidst the sea of green jackets and smiling faces, what stood out most was a poster being held up in the middle that read – “Freedom means: basketball #ShutOutHT”.