"Shelter": Human Stories in the Face of Structural Violence

"Shelter" tells the stories of children forced from their homes and families in Central America, as they flee a lifetime of structural violence in search of a place where hope and opportunity are within reach.

In early September, the Department of Homeland Security and the Department of Health and Human Services proposed regulations that would allow children to be detained indefinitely. Both family separation and detention are bad for children. Please join our UNICEF UNITE grassroots advocates in speaking out to protect refugee and migrant children.

For his latest documentary short, "Shelter," filmmaker Matthew K. Firpo traveled to meet some of the men, women and children staying in shelters in Chiapas, Mexico. People migrating from Central America regularly cross the Guatemala—Mexico border in search of a better life. UNICEF USA connected with Firpo to hear his thoughts on structural violence, compassion and the eternal resilience of children.

What drew you to explore this subject?

MATTHEW K. FIRPO:  What was happening in the news [the separation of children from their families at the Mexico—United States border] was really breaking my heart. I wanted to meet the human beings behind the headlines. Why would half a million people cross the border and give up everything to try to find a better life? What would cause you to do that?

My previous film, "Refuge," dealt with Syrian refugees and the European refugee crisis. I wanted to speak individually to the people on the front lines. I wanted to hear their hopes and dreams.

Central Americans tell their stories of migration in "Shelter," a new film by Matthew K. Firpo:

In Matthew K. Firpo's latest documentary short film,  "Shelter," Central Americans describe the structural violence they face at home and in their communities and share their dreams for a better future.

Who did you meet in the shelters you visited in Mexico?

MATTHEW K. FIRPO: It was a wonderful cross-section of humanity, honestly. We met a lot of children, unaccompanied minors. They have particularly difficult stories because their opportunities are so limited in their countries. We saw a lot of families broken apart. We met a mother with her three kids trying to reach Texas, where her husband had been working for years, and a dad traveling with his 2-year-old son, trying to join his wife in the North. There were people in their 60s making the journey. They had lived in El Salvador or Honduras their whole lives, and they had just finally had enough. They'd realized, "Look, if we stay here, my son will die."

Many of the kids we spoke with said they had two choices: They could either join the gangs or be killed by the gangs.

What drove the unaccompanied minors to leave home alone and make the dangerous journey to the North?

MATTHEW K. FIRPO: Many of the kids we spoke with said they had two choices: They could either join the gangs or be killed by the gangs. They would say that very bluntly: "My 19-year-old brother was in the gangs, and he was killed. I realized I didn't want that life. I could either flee the country and try to seek asylum status in Mexico, or I could join the gangs and kill or be killed one day by the cops or a rival gang." In a country where your options are very limited, some people make that really hard, impossible choice to leave everything behind.

Children coming from El Salvador, Honduras, Guatemala, where life is very dangerous, are told stories — like fairy tales — about how great life can be in Mexico. Mexico, for them, is salvation. And if they can just cross two countries, they can make it to a paradise. That's what these kids are operating on. The North represents stability. It's what they're told, and it's what they believe. 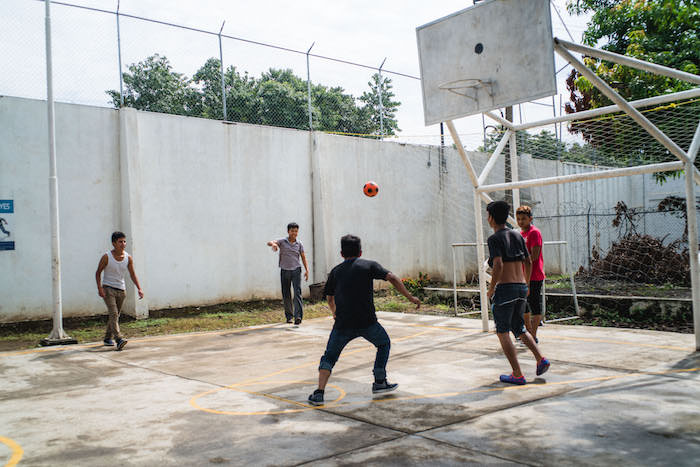 UNICEF works to improve the lives of young people fleeing violence in Central America. Many young Central Americans make the journey North by themselves, and teenagers apprehended en route can end up living in closed-door shelters in Mexico. Photo © Matthew K. Firpo

How old were the kids you met?

MATTHEW K. FIRPO: In the state-run shelters, we met a lot of young boys and girls who had made this journey by themselves at age 13 or 14. Their father had been killed, or their brother. They didn't have papers, and they didn't even know what country they were born in. They're fleeing for their lives and they're looking for economic stability. They just knew that you could find a great job in Tapachula or Juarez.

There's a lot of structural violence in these countries. La violencia estructural, that's the term that is used in the film. A lot of kids are put in these really awful situations where there is no future that they can see for themselves if they stay. Or their future looks short and tragic. So they're looking for something better. And usually that means they're looking for safety. 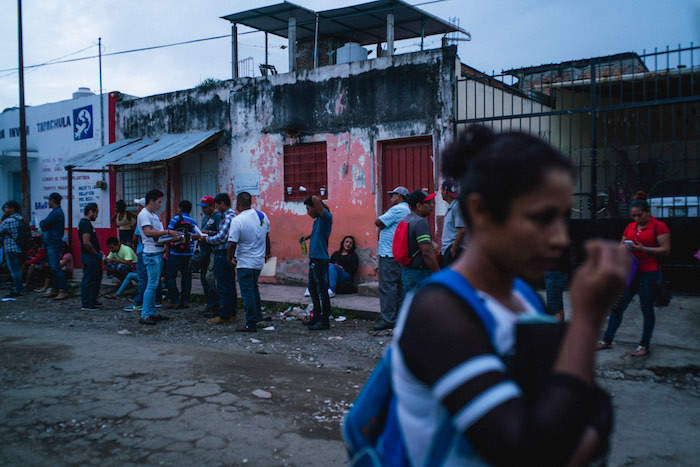 Children in Central America grow up hearing stories — like fairy tales — of life in Mexico, the land of safety and opportunity. Photo © Matthew K. Firpo

Did you get the sense that these young people felt the risk was worth taking?

MATTHEW K. FIRPO: Yes, absolutely. Every child we spoke to had made a choice. It's not something to be taken lightly. We met a lot of young boys and girls who had made five attempts to reach the North. One of the boys in the film had sold everything he'd ever owned in his life to be sitting on that bunk bed in that shelter. He had to sell his cell phone for food, so that he could last long enough to reach the boat crossing. His brother had been murdered and he was basically taking this huge risk to try to be a better person, live a better life. He just needs an opportunity to make something of himself.

Did they say whether they'd try again if they were caught and deported?

MATTHEW K. FIRPO: Every single one. Every kid we spoke with had tried multiple times before they actually made it to Mexico. They took boats and buses, they swam across rivers and they hitched on trains. Every kid said, if I get sent back now, they're going to dump me at the border and I'm going to try again. 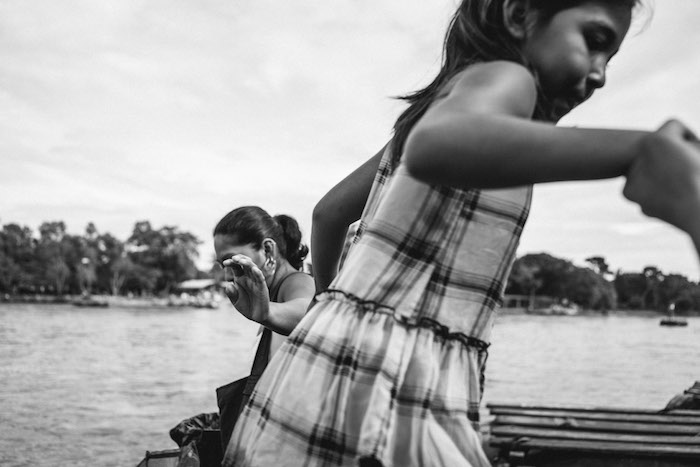 Every young person interviewed for the film had tried multiple times to reach Mexico from Central America. Photo by Matthew K. Firpo

Your film protects the identities of the people you met in the shelters. Why is that?

MATTHEW K. FIRPO: Right from the beginning of the project, we were told that a lot of the people we were filming were at risk. They fear reprisal from the Mara Salvatrucha, MS-13. Sometimes they are fleeing Honduras for political reasons or to escape gangs. Essentially, they are risking their lives to share their stories. If they are sent home, if their paperwork doesn't go through, if they are deported, their lives are forfeit.

Essentially, they are risking their lives to share their stories. If they are sent home, if their paperwork doesn't go through, if they are deported, their lives are forfeit.

We spoke to José, a wonderful, thoughtful, poetic former gang member. He was so passionate about sharing his story. He wanted to be an example for so many other people in these countries who fear leaving. He said, "Look, you can leave. You can get out of this life. You can stop being a gang member." I think he knew the risks, and he wanted more than anything to be able to share his story as a source of hope for people like him. He said he had thought it was impossible to leave, and then one day he did it. Now he wants to let people know that it is possible. 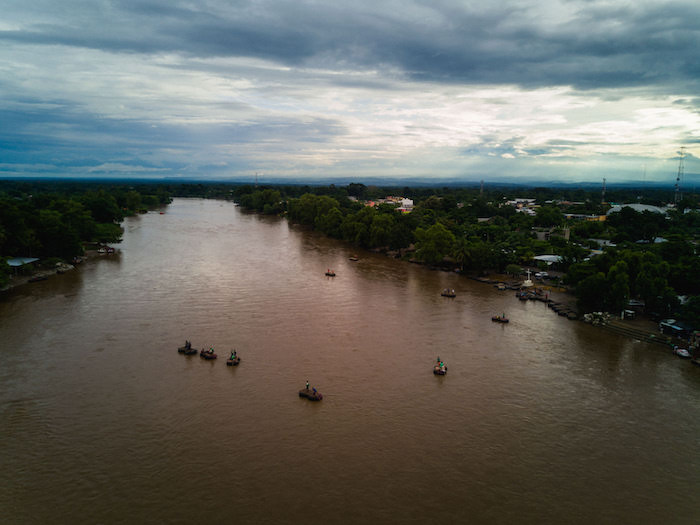 Young Central Americans undertake dangerous missions to the North, says Firpo, "because they really do believe that there's something better for them and that they can have a better life. All they need is help and a chance to shine. They're believers in their own ability to succeed." Photo © Matthew K. Firpo

Did you see UNICEF and UNICEF's partners helping?

MATTHEW K. FIRPO: We had really wonderful local UNICEF Mexico staff with us. Every location we filmed, every shelter was directly supported by UNICEF, or by UNICEF projects. When you walk into one of these places with a UNICEF T-shirt on, the children just light up. Because they know that you are there to help them. These children understand that there is an organization out there that's trying to help them. Hope is a very rare commodity.

When you walk into one of these places with a UNICEF T-shirt on, the children just light up. Because they know that you are there to help them.

Did the children and young people you met seem hopeful?

MATTHEW K. FIRPO: I've spoken to Syrian refugee children who have just come from Aleppo, and I've spoken with these wonderful children on the Mexican border, and the universality of children is that they always have hope. Things are so bleak and so difficult. They're 16 years old and they have been through things that I could never imagine. And they're telling me how much they love breakdancing. Because, deep down, that's why they're undertaking these incredibly dangerous journeys to the North — because they really do believe that there's something better for them and that they can have a better life. All they need is help and a chance to shine. They're believers in their own ability to succeed. 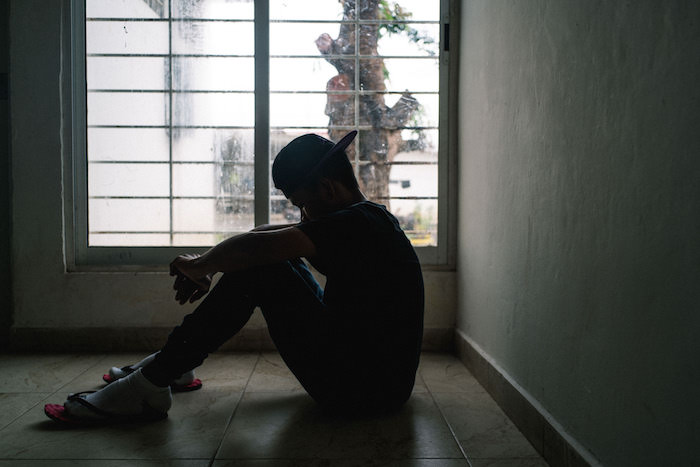 The film's message is simple but powerful: "If everyone saw people all over the world as human beings who also want to be safe, to be loved, to be somewhere where they can be their best selves, we would have a better world." Photo © Matthew K. Firpo

What is your greatest hope for the youth you met?

MATTHEW K. FIRPO:  The mission for this film, and my greatest hope for these kids, is to remind people that compassion is a choice. That you can make that choice every single day. It's not complicated. It's just difficult sometimes. My dream is that we help humanize these families and these kids and everything that's happening at our borders, so that we start to see that there are people crossing, not fear and statistics and all these things that we've been trained to believe in. The most important thing is to see these kids as kids you want to live a better life.

You can help UNICEF support and protect refugee and migrant children around the world.