Sending Kids Back to School Packed With Potential

They are growing up under the most challenging circumstances imaginable — civil war, social collapse, poverty, disease, climate shock, natural disasters — but the world's most vulnerable children have hopes and dreams of being something special when they grow up, just like every other kid. Against all odds, UNICEF is working hard to make sure that children everywhere can look forward to a bright and promising future. "Math is my favorite subject," says 10-year-old Myo Thien. "But when I grow up, I want to be a doctor, so I can help people." Myo Thien was only 6 when his family fled their family home for the Sin Tet Maw camp for internally displaced persons in Rakhine State, Myanmar. Unfortunately, the camp school ends after the primary grades. "We need a middle school so that the older children can continue their education," says his teacher, Mr. Swe. "When they have access to secondary school, they will be able to realize their dreams." 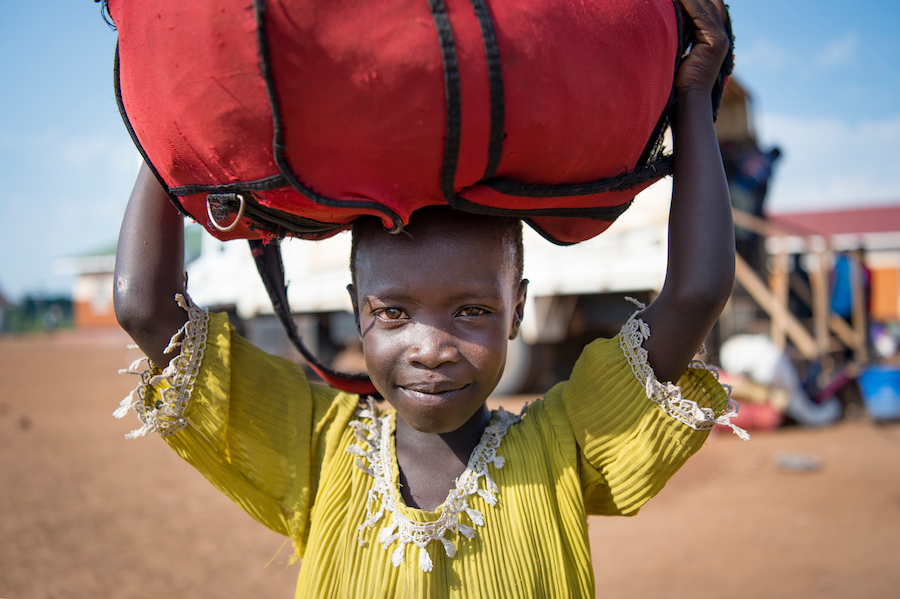 “I am going to be a lawyer when I grow up,” 5-year-old Anna says confidently. “I know what they do. They make the decisions on who are the bad people and who are the good people. Then they put the baddies in jail.” Anna, whose father is away serving in the South Sudanese Army, fled the village of Udu with her mother and siblings after their home was burned to the ground during a recent cattle raid. The family sought refuge in Uganda, where they live now. 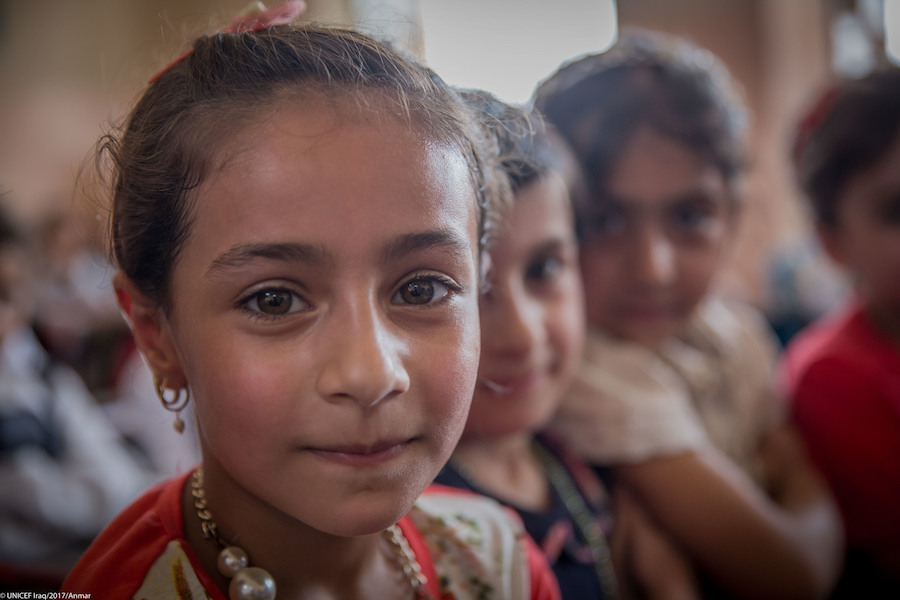 "I want to become an engineer to help rebuild my city," says Aysha, 8, who lives among the ruins in west Mosul, Iraq. The city has been decimated by years of combat between Iraqi forces and Islamic State fighters. Multiple overlapping humanitarian crises have had a devastating effect on the nation's education system. Nearly 3.5 million children attend school irregularly, or not at all. Khadija, 15, loved attending school in the village of Meltri, Nigeria on the shores of Lake Chad, until Boko Haram ordered all teachers to leave the area. Now she lives with her family in Dar Es Salam refugee camp in Chad. "Later on, I'd like to work in IT and new technologies," she says. "What I've learned is that with the internet, even if you don't know something, somebody in the world has what you need. It's the best way to learn and to share knowledge." 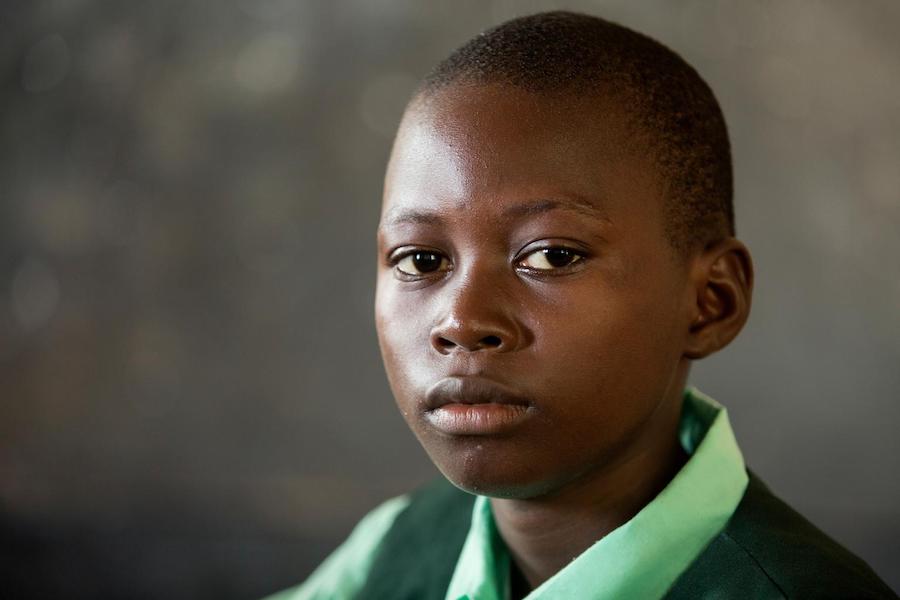 "Children have the right to go to school every day. When you learn, you will have everything," says Jan, 13, who lives in Waterloo, Sierra Leone. "I want to be a scientist. I want to study about the stars and the moon. At night, I sometimes see shooting stars outside my house. That’s why I want to be a scientist.” When the Ebola epidemic struck Sierra Leone, school was suspended. The sixth grader says, “I was so scared that at first, I just stayed in the house. I told my neighbors that you should wash your hands even when Ebola is not here. Not everyone believed in Ebola, but I told them that they should believe it is real." 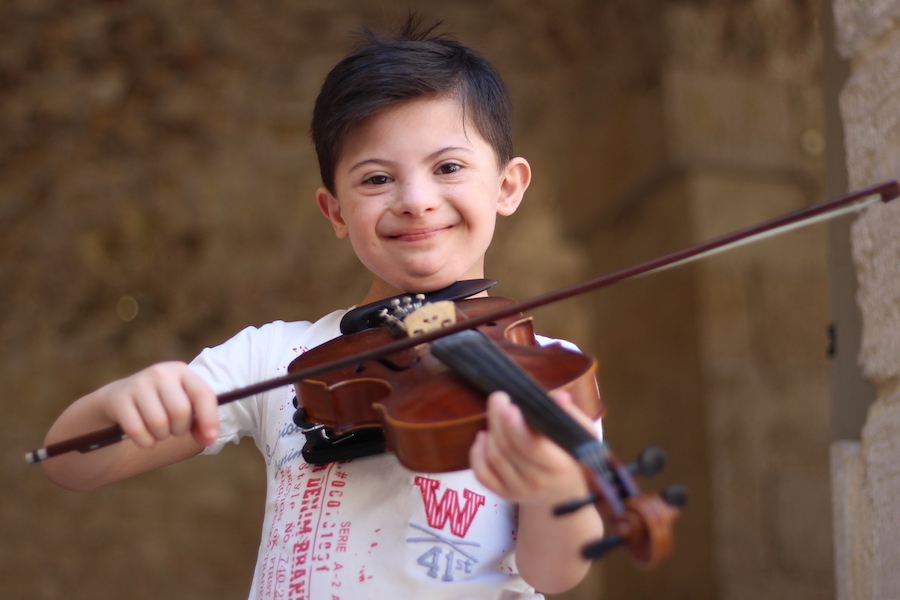 Somar, 8, loves playing the violin at home in west Aleppo, Syria. He wants to be a violinist when he grows up. Six years of conflict have made life even more difficult for Somar, who has Down's syndrome. His family is among nearly 9,500 who receive cash assistance through the UNICEF-supported social protection program. His mother uses the money to pay for Somar's violin lessons. "I have seen him change so much since he started these lessons," she says. "He's a happy child now, despite everything he's been through."

UNICEF is committed to helping all children grow up to be the healthy, well-educated leaders of tomorrow. In 2016 alone, UNICEF supplied learning materials to 15.7 million children around the world. More than 700 UNICEF education staff members in 155 countries are working to train teachers, develop child-friendly lesson plans and build and repair schools.

There is a lot more work to be done. Help UNICEF fill a backpack and send a kid back to school packed with potential! #FutureGenius

Photo at top: Students on their way home after a day at a child-friendly school in Mougna, central Mali. UNICEF provides each pupil with a backpack filled with school materials, such as pens, pencils and rulers.