Restoring Calm — and Hope — After the Storm | UNICEF USA

Restoring Calm — and Hope — After the Storm

The UNICEF USA Bridge Fund accelerated $1 million to meet the urgent needs of vulnerable children and families in the wake of Hurricane Dorian.

This fall, when Hurricane Dorian raged over the Bahamas destroying homes, decimating island infrastructure and displacing thousands, UNICEF and partners responded swiftly. Just four days after UNICEF's global appeal was made, a $1 million grant from the UNICEF USA Bridge Fund was deployed to the field, critical to delivering lifesaving supplies and services to survivors.

In the wake of a disaster, the UNICEF USA Bridge Fund advances funding to enable UNICEF to meet the urgent needs of children

The money bridged the inevitable lag between receipt of funds from UNICEF's $4 million Hurricane Dorian global appeal and the immediate needs on the ground. Accelerating 25 percent of the funds required in the wake of a natural disaster exemplifies the Bridge Fund's crucial role enabling UNICEF to act with speed when children's lives are at risk. Relief workers could direct their attention to the safety and survival of more than 18,000 children and adolescents without wondering how to fund the efforts. 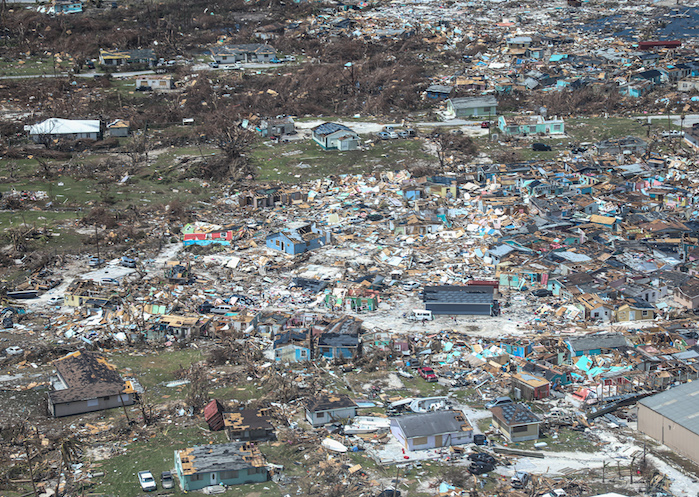 On September 6, 2019 in Bahamas, Marsh Harbour in Abaco Island is seen from the air, three days after Hurricane Dorian battered the island for 40 hours. © UNICEF/UN0343788/Moreno Gonzalez

Hurricane Dorian, a Category 5 storm with sustained winds of 185 miles per hour, made landfall in the Bahamas on September 1, 2019, hovering over the islands of Grand Bahama and Abaco for 48 hours. The impact was unlike anything the Caribbean nation had ever experienced. The storm flattened houses, schools and hospitals and wiped out miles of roads.

"Without [the Bridge Fund's] rapid disbursement of funding, most of our work in the Bahamas would not have been possible," says UNICEF Senior Emergency Coordinator Naqib Safi.

In Dorian's aftermath, floodwater covered entire neighborhoods, creating perilous water, sanitation and hygiene (WASH) conditions that threatened the health of children and families. Within mere days after the hurricane subsided, UNICEF delivered nearly 1.5 tons of supplies to help provide access to safe water for more than 9,500 children and families in the ravaged islands. The shipment included more than 400,000 water purification tablets, several 5,000-liter water tanks — each containing enough safe water for at least 2,000 people — and 1,000 jerry cans. UNICEF also dispatched child protection and psychosocial experts to support the many children and adolescents traumatized by the loss of their family members and their homes. 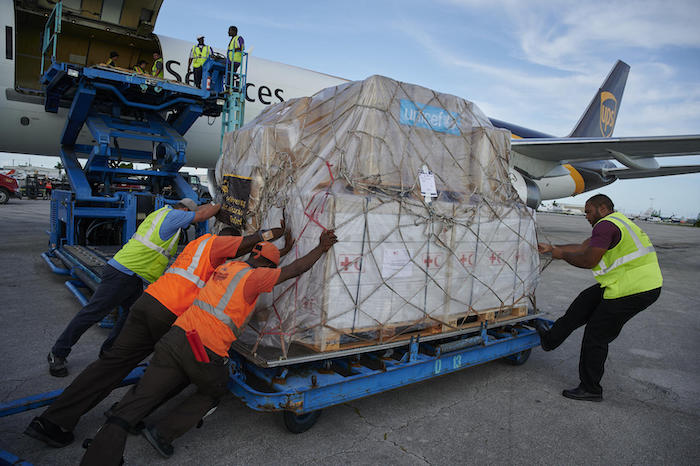 "Without this rapid disbursement of funding, most of our work in the Bahamas would not have been possible," says Naqib Safi, the UNICEF senior emergency coordinator who directed the use of the $1 million grant on the ground. "When I understood the funds were on the way, it certainly contributed to significantly shortening the planning and preparedness period of the response."

With damages from the storm estimated at $7 billion, physical recovery in the Bahamas will take years, and Bahamians will grapple with the emotion toll for decades. For children whose schools or communities were destroyed, continuing their education will be essential to rebuilding their lives and restoring their communities. Fifteen-year-old Brittany, who lost both her home and her school in Abaco, worries, "I'm a good student. I want to finish high school and go to college. I want to become a doctor and help my people."

Within two weeks of Dorian's onslaught, with the support of UNICEF, the Government of the Bahamas began registering 10,000 students displaced by the hurricane to place them in public schools unaffected by the storm. In addition to helping students fulfill their potential, the schools create a safe space for children to play, receive emotional support and access other vital services — including nutritional assistance, medical screening and counseling.

The Bridge Fund remains at the ready to accelerate funding when the next emergency strikes, to save children's lives and help them return to the job of being children as quickly as possible.